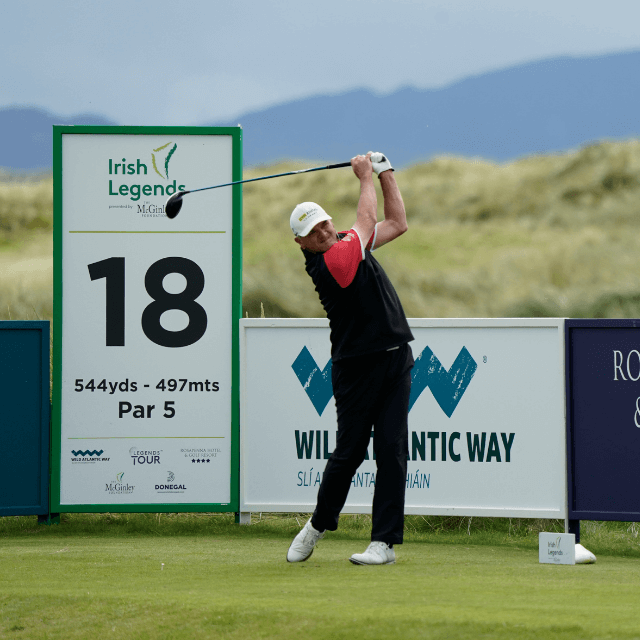 The Irish Legends presented by the McGinley Foundation is set to welcome some of the biggest names from European senior golf to Rosapenna Hotel & Golf Resort in August – including 1999 Open Championship winner Paul Lawrie and runner-up Jean van de Velde.

Host Paul McGinley will get his 2022 Legends Tour season underway at the event in County Donegal, where Lawrie will tee it up at the famous Old Tom Morris Links with Jean van de Velde. The pair are intrinsically linked since the 1999 Open Championship at Carnoustie, where Lawrie claimed the Claret Jug with victory in a three-way play-off that also included American Justin Leonard.

Also confirmed to join the field for the event – which will be run from August 16-20 – is 1999 Ryder Cup captain and 18-time DP World Tour winner Mark James. David Shacklady, who has become one of the most successful senior golfers in recent years following his three wins between 2018 and 2019, will also play along with Michael Campbell, the 2005 US Open winner.

The third Celebrity Series event of the season will take place at the Irish Legends on Tuesday, August 16, and we are delighted to confirm the attendance of iconic Gaelic football manager Jim Gavin, actor and presenter Jimmy Nesbitt, former Ireland and Celtic goalkeeper Packie Bonner and 12-time National Hunt champion jockey Ruby Walsh.

The event will be the second Irish Legends tournament the Rosapenna Hotel & Golf Resort has hosted in as many years. Returning to the Legends Tour calendar after an 11-year absence in 2021, Thomas Bjørn claimed his maiden Legends Tour win with a birdie on the second play-off hole to end the challenge of Welshman Phillip Price.

“The Irish Legends is all set to be an incredible event, as you can already see from the impressive line-up and with it being played at Rosapenna Hotel & Golf Resort, a course with great history,” McGinley said.

“The McGinley Foundation will be hosting once again after the successful event last year. It will be fantastic to see some familiar faces and what better way to have my first official Legends Tour event of the season in Donegal.”

Adding to the excitement on the course, Donegal County Council will be staging two concerts on the GAA ground immediately adjacent to Rosapenna. Held on Friday, August 19 and on Saturday, August 20, golf spectators with tickets for the Irish Legends event for the given day will be given free access. Both concerts will start at 5pm.

Phil Harrison, chief executive officer for the Legends Tour, said: “We are delighted to be bringing the Legends Tour back to Ireland and to Rosapenna after what was a great event last year. We are grateful to the McGinley Foundation for hosting and with such a stellar field it promises to be a great week of golf.”

Although playing experiences for the Alliance Series at Rosapenna have sold out, the Legends Tour still has limited places available to live the life of a golf ‘Legend’ in front of crowds and TV cameras in the Celebrity Series at the exquisite links at Rosapenna. These experiences provide amateur golfers unrivalled once-in-a-lifetime opportunities to rub shoulders with the golfing greats.

The McGinley Foundation, set up in 2013, aims to support charities and not-for profit organisations that Paul and his wife Alison have a close association with. The Foundation puts particular emphasis on supporting those that assist children and young adults.