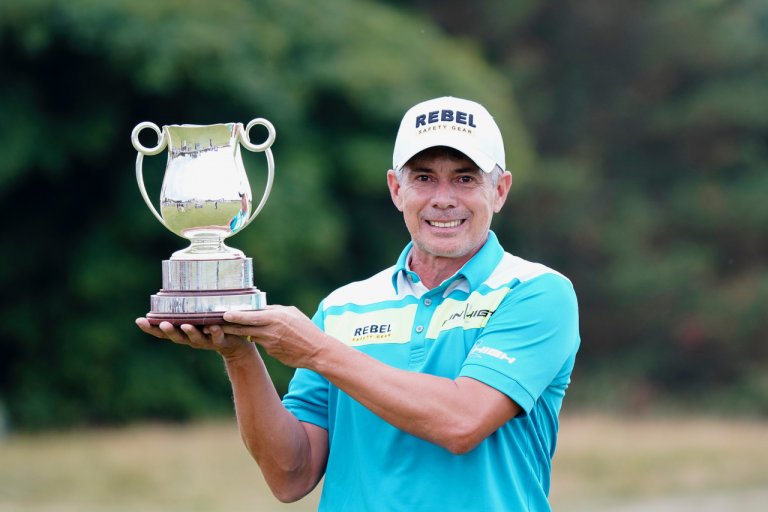 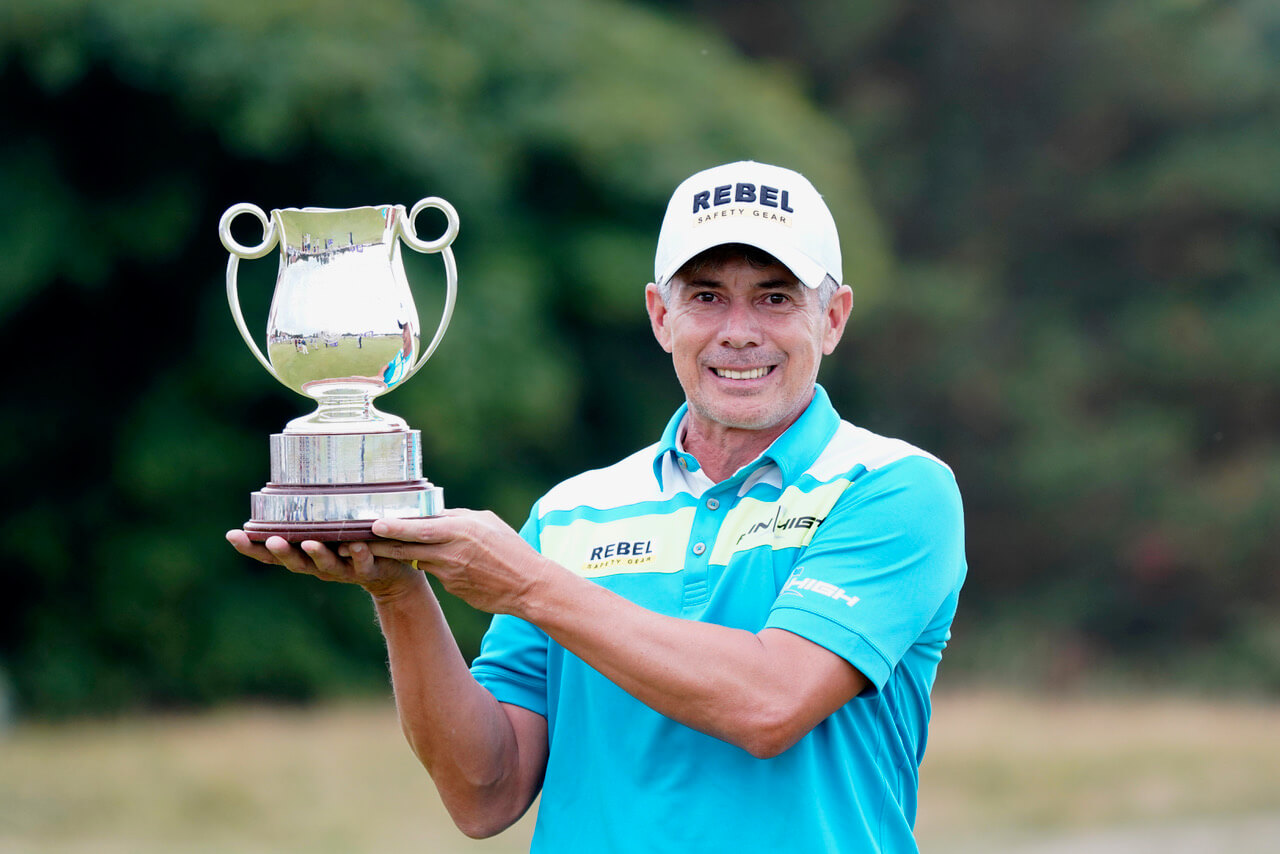 Brazil’s Adilson Da Silva secured his maiden Legends Tour title at the Staysure PGA Seniors Championship at Formby Golf Club and Formby Ladies Golf Club, having led the way since round one finishing on an 18-under par total.

The 50-year-old qualified for the Staysure PGA Seniors Championship finding himself inside top 40 in the Legends Tour Order of Merit leading up to the event and starting his Legends Tour season with an invite to the first event of the season at the Riegler & Partner Legends in Austria.

Da Silva duly delivered with a joint third place finish at the Riegler & Partner Legends along with a fifth position finish at the Jersey Legends the following month, and with his last victory coming in 2018 on the Asian Tour, this one was extremely special.

“To be very honest about it, me and my wife we sat down a couple of months ago… we were considering to open a driving range and that’s how things were going,” Da Silva said.

“We had some tough times and I’m glad that we hung in there and she gave me quite a lot of support to try the Legends Tour and hang in there, so I was very fortunate.

“I had such a good chance on number eight there with the putt up the hill but you know sometimes you get to a stage where you start to doubt yourself because you are just missing so many and I could feel it mentally and sometimes it’s tough.

Former Ryder Cup player Joakim Haeggman was quick to pile on the pressure posting six birdies in eight holes closing the gap to three shots. However, Haeggman recorded a double bogey on the ninth hole giving Da Silva the opportunity to remain consistent and close out the win.

“I felt like I hit the ball really good, but I just couldn’t putt it in the hole there but then also with Joakim (Haeggman) he started well so I was like what’s happening here, come on you’ve got to move on or its going to be too late.

“Somehow I just managed to stay focused and trying to do what I needed to do, and par sometimes is good here so me and my caddie said come on one shot at a time and that’s what it is and we just manged to hang on in there.”

Da Silva posted rounds of 64, 69, 67 and 70 to secure the title and become the Staysure PGA Seniors Championship for 2022, six shots ahead of Joakim Haeggman and with this victory the Brazilian has now received his card for next year’s 2023 Legends Tour season.

Michael Jonzon of Sweden finished in joint third position with Italy’s Emanuele Canonica on eight under par and a shot further back on seven under par consisted of James Kingston of South Africa, and English compatriots Simon Khan and Phillip Archer.

The Legends Tour will now head to France for the Legends Open de France hosted by Jean Van de Velde from September 15 – 17, 2022.

CLICK HERE for all things Legends Tour including tickets, playing experiences and much more.