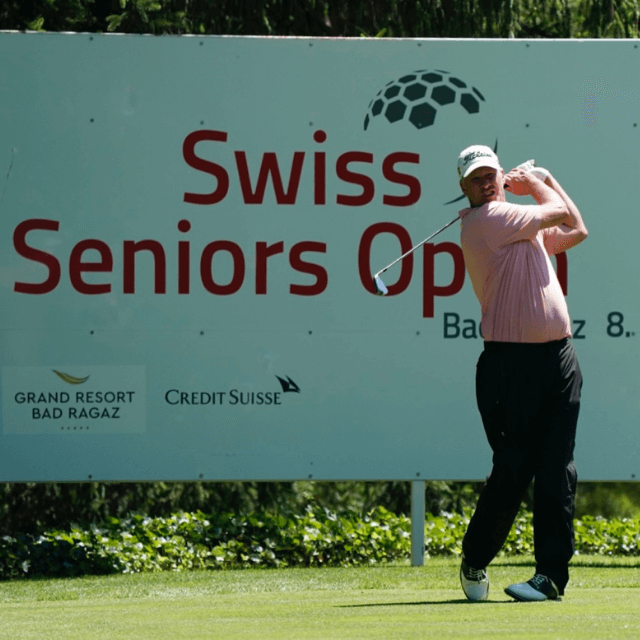 Raitt leads the way after round one in Switzerland

Andrew Raitt posted a four under par round of 66 on day one of the Swiss Seniors Open at Golf Club Bad Ragaz to take the number one spot heading into moving day tomorrow.

The Englishman leads the way by one shot ahead of the chasing pack which consists of 2005 U.S. Open Champion Michael Campbell, along with compatriots Paul Eales and Peter Baker.

The 52-year-old was pleasantly surprised playing at Golf Club Bad Ragaz, and admits that it is definitely one of the most impressive destinations that the Legends Tour has the privilege of visiting.

“It’s amazing,” Raitt said. “Everyone had said that this place was the best place on the Tour.

“I was expecting a nice hotel and beautiful scenery, but the course is a lot better than I thought it would be, because normally in the mountains they don’t get perfect greens perfect fairways so it’s amazing.”

Raitt started the round with a bogey but managed to transform his start posting five birdies in the next 17 holes and will look to keep his consistency flowing into the weekend.

“I started slowly,” he said. “I missed the fairway by about six inches at the first and made a bogey, but I was pretty steady all the way around, I hit a nice shot at 10 and then holed a long putt at eleven from probably 40 feet which probably got me going and then I was just very steady after that.

“I got onto the par five in two and made a birdie and I holed another nice one on the par three so that was a bonus.”

Seven players are only one shot back, including former Ryder Cup player Phillip Price and two-time Legends Tour winner James Kingston who managed to keep a bogey off his card.

Austria’s Markus Brier also finished on two under par and had a bit of an up and down sort of day but finished strong and is in the mix for moving day tomorrow.

The second round of the Swiss Seniors Open will begin at 7:20am local time on Saturday, with Raitt teeing it up alongside former Englishman Nick Job at 10:54am.

CLICK HERE for all the tee times and more information on the Swiss Seniors Open.