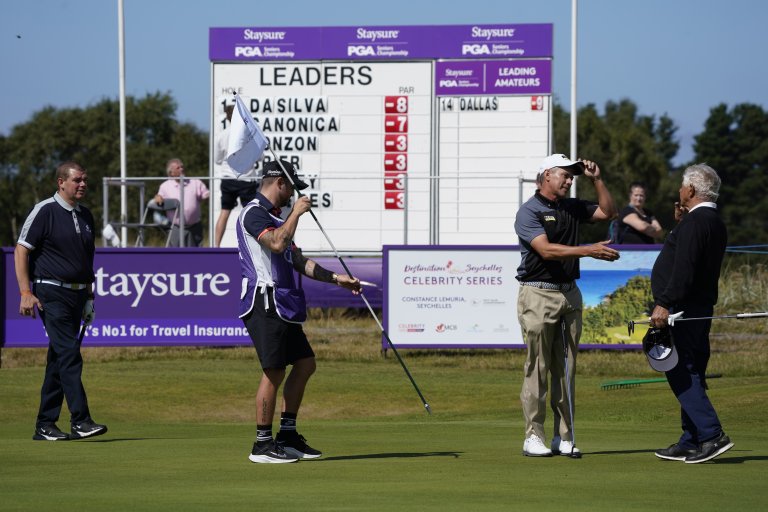 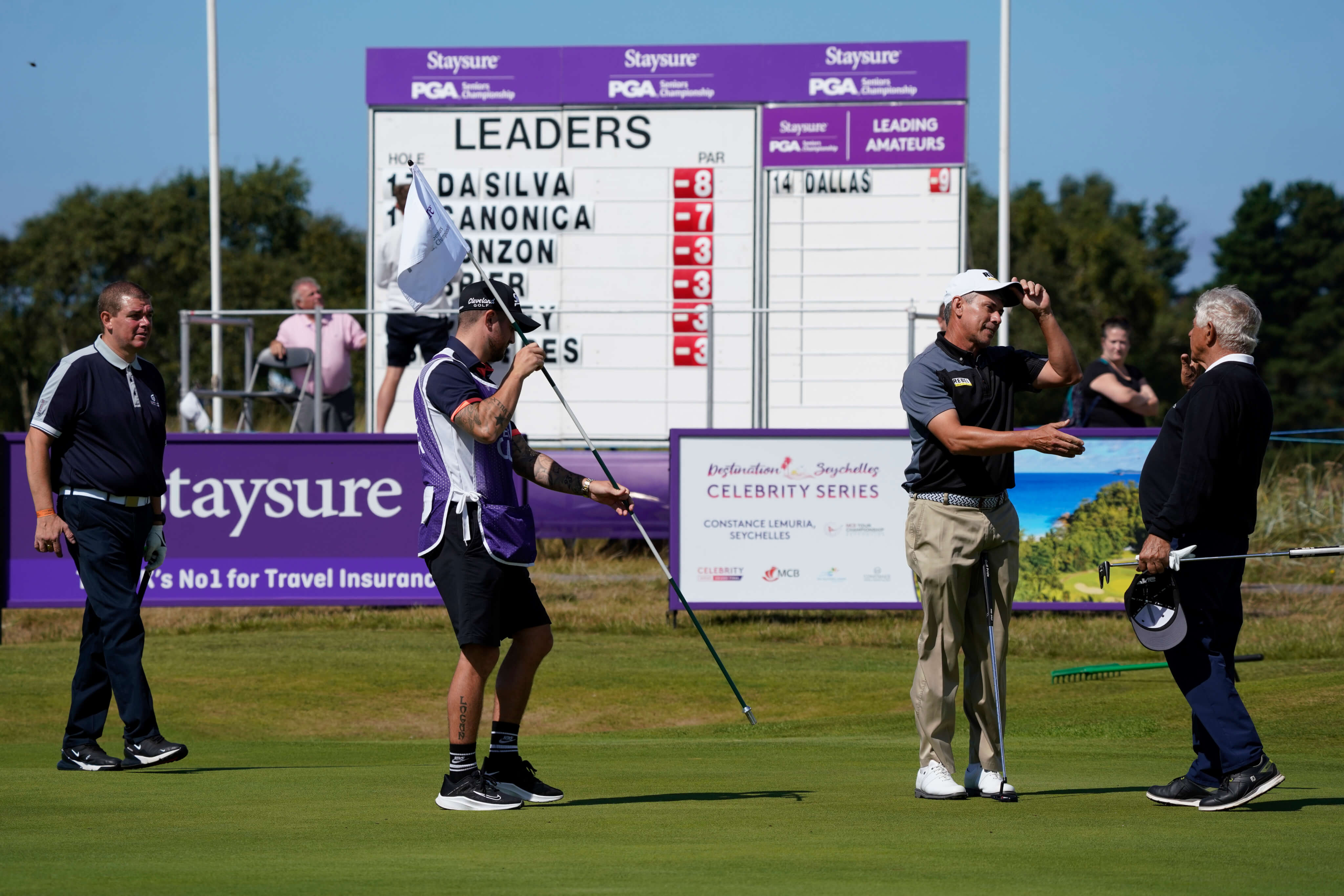 Adilson Da Silva posts an eight under par round of 64 at Formby Golf Club & Formby Ladies Golf Club, to storm into the lead on day one of the Staysure PGA Seniors Championship.

The Brazilian leads by one shot heading into the second round ahead of Italy’s Emanuele Canonica on seven under par, and in third place four shots back on four under par is Sweden’s Joakim Haeggman.

Da Silva was invited to play the Staysure PGA Seniors Championship following an impressive career on the Sunshine Tour winning a total of 12 times and after his blemish free round today he admits how delighted he is to post the score that he did.

“I drove the ball very well,” Da Silva said. “I think on this course it makes such a big difference, the thing is I have to hit my drive, or I lay back completely to take the bunkers completely out of play and leave myself such a long way in.

“Today I just had the confidence to hit it and I ended up hitting it particularly well so that gave me quite a few opportunities for myself.

“The way I played today I am very confident with my driving and also my putting saved my life today, I just couldn’t hole a putt to save my life in Korea but today it’s just insane, but the greens are just so beautiful and if you get a good line it’s going to go in and today we managed to get the line and myself and Scott (Da Silva’s caddie) we read it pretty well so I just got the right pace so it’s amazing.”

The 50-year-old has competed on five Legends Tour tournaments so far this season, with a tied third finish at the Riegler & Partner Legends and a fifth-place finish at the Jersey Legends and admits his main goal is to earn his card for next year.

“I love it,” he said. “My aim this year is getting into the seniors because I’ve just turned 50 and I’ve been playing with youngsters for quite a while, but I think the courses definitely suit me better so definitely my aim is getting in there and getting my card this year.”

Six players finished in a tie for fourth position on three under par including Austria’s Markus Brier and Euan McIntosh of Scotland. Six players sit a shot further back on two under par in joint 11th position including Miguel Angel Martin of Spain and England’s Paul Eales.

The second round of the Staysure PGA Seniors Championship begins at 7:30am with Da Silva teeing up alongside Spaniard Juan Quiros.