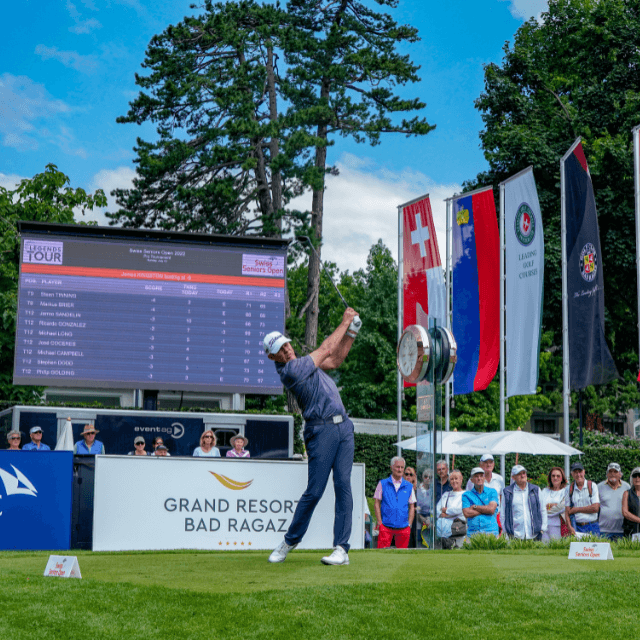 The South African headed into the final round following on from two blemish free rounds of 68 and 63 to secure the win ahead of former European Ryder Cup player Phillip Price and three-time Legends Tour winner David Shacklady.

Kingston secured his maiden Legends Tour win in November of last year at the Sergio Melpignano Senior Italian Open and also in July of last year at the WINSTONgolf Senior Open Invitational and admits that it is a great feeling to be back in the winner’s circle once again.

“It’s a great feeling,” Kingston said. “I feel like it was a tough week, I came into the week feeling like I was playing nicely I put myself in a good position in round one it was disappointing that I didn’t do any better and obviously yesterday I think that was the round that got me through the hole thing, I played great golf yesterday.

“Today, disappointed with a few mistakes that I made, putting wasn’t as great as I would have liked it to be, I felt a little under pressure, conditions weren’t easy which didn’t make it any easier and I played with two really good sportsmen Phillip (Phillip Price) and Shackers (David Shacklady) it was a great competitive round and we had a great time.

“Obviously delighted to be standing here as the champion.”

The 56-year-old has been working hard behind the scenes to ensure he can be in contention on the Legends Tour this year but admits having the sheer determination and belief helped him along the way.

“We work hard all year to try and put ourselves in these positions, and this week I put in the hours I did the work.

“I’m sad my family can’t be here to enjoy it with me but it’s just one of those things, I worked hard, in the end we pulled through with a bit of determination a bit of grit, but it all worked out fine in the end.

“You fall in love with the hotel the place the people the way they look after us in this place it is second to none so it’s a great place to come and play when you’ve got weather like this, and when people come out and support you it’s an awesome feeling.”

In fourth position finishing on a seven under par total was Argentina’s Mauricio Molina, closely followed by three players in joint fifth position including Phillip Archer who recorded a four under par round of 66.

The next event on the Legends Tour international schedule is the WINSTONgolf Senior Open for the 10th anniversary of the tournament at WINSTONgolf in Vorbeck, Germany from July 15 – 17. CLICK HERE to find out more.