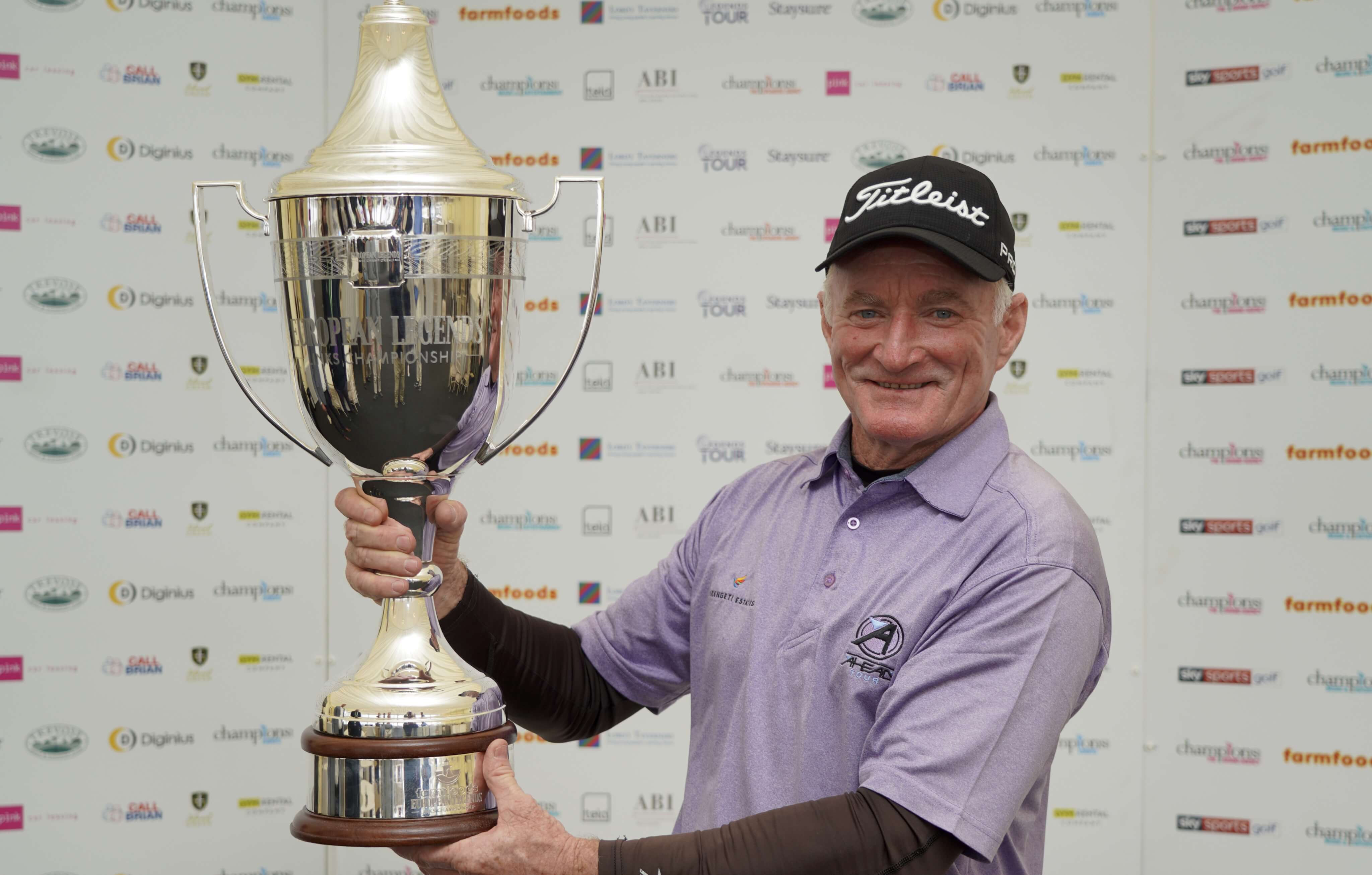 The South African carded a closing two under par round of 70 to reach nine under par, three shots ahead of 2019 John Jacobs Trophy winner Phillip Price in second place on six under par, with 1999 Open Champion Paul Lawrie and 2018 Ryder Cup Captain Thomas Bjørn a shot further back in a tie for third place on five under par.

The 62-year-old’s victory on the Cornish coastline is his first in Europe in a career spanning over 40 years and he therefore rates it at his most impressive triumph.

“It just feels amazing,” he said. “At my age you never know how many more you’ve got in the bag but to have done it at 62, I’m really pleased.

“It’s just been an amazing journey, a lot of hard work even in the lockdown and as soon as they opened up the golf courses there in South Africa I was playing every day, so just to have got started like this for the first tournament of the year for me is just an incredible feeling.”

“This is probably the best, the reason being is because I have never won a single tournament in Europe or England. I’ve won in Asia, the Middle East and South Africa but not once in this part of the world, so this is a big milestone for me.”

Williams showed great determination playing alongside Bjørn and Price in the final group of the day, bouncing back from an early bogey with four consecutive birdies around the turn to pull away from the pack.

“It’s difficult to close down a tournament, that’s the most difficult thing in golf,” he said. “Playing with Thomas Bjørn and Phillip Price, two Ryder Cup players, there’s a lot of experience there. I did expect Thomas to win, I thought I was going to be playing for second out there but as things turned out, my game improved somewhere round about the seventh hole. I made four birdies in a row and that just got my confidence up a little.

“The approach shot on 18 is the kind of shot you see on the TV by the great players, and you just dream about doing that one day.”

The Senior Open Presented by Rolex is the next stop on the Legends Tour International Schedule, taking place at Sunningdale Golf Club, England, from July 22 – 25.