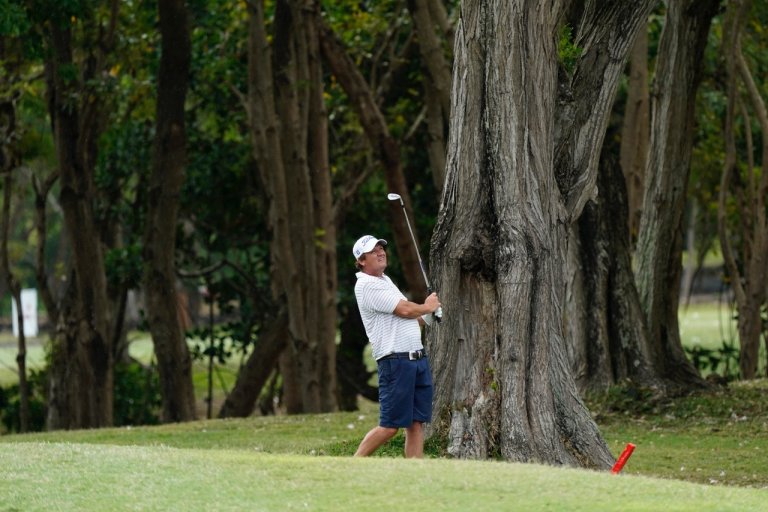 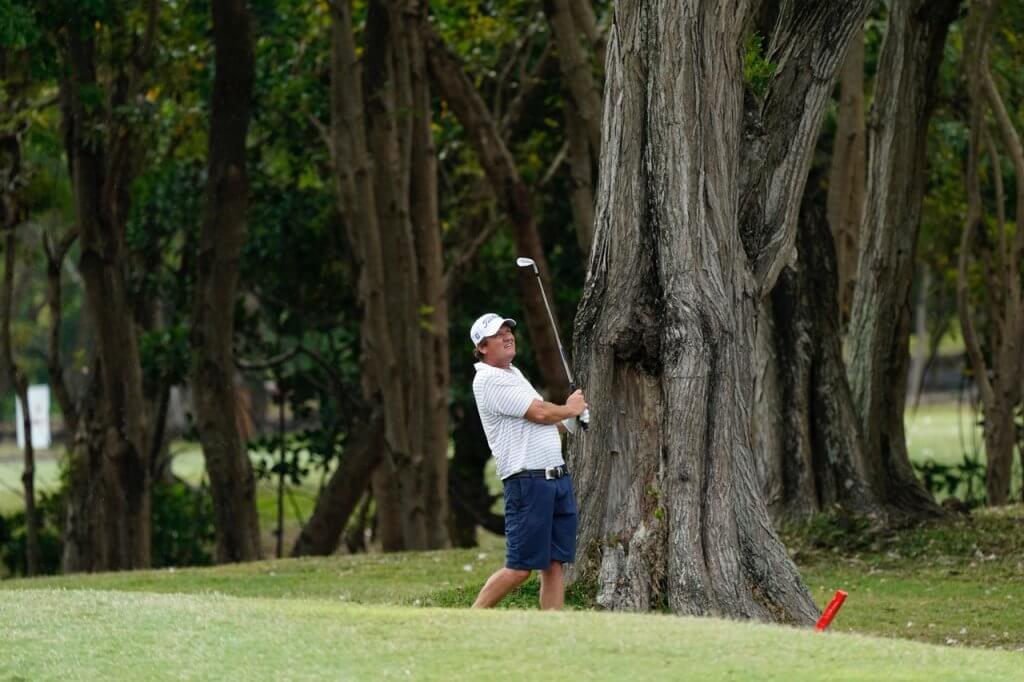 Jarmo Sandelin shot 64 as he got the long awaited defence of his MCB Tour Championship title underway on the Legends course at Constance Belle Mare Plage, Mauritius

The Swede hit a bogey free round of -8 that included six birdies on the front nine. Sandelin knows this course well; he was the winner the last time this championship was completed here in 2019, he is also the holder of the course record of 62. Because the tour’s attempts to finish the 2021 season after Covid-19 were foiled by rain, Sandelin has held onto his title for 1090 days in total.

“I am that type of player that if I get it going early on I have a chance to do really good. I stay really focussed today, Douglas my son (his caddy) was telling me all the time “just focus on your shot” and I did… (to win around here) you have to stay focussed and not have a very speedy swing, just play smoothly through the shot, that’s the key. I feel really good. It’s not often I start with a 64 so I will enjoy this”

Fellow Swede Joakim Haeggman shares a tie for second after eagling the 18th on day one. He is -7, as is Englishman Simon P. Brown who also hit an eagle in his bogey free round of 65. The field is packed with stars from the world of golf; Thomas Bjorn shot -4 in his first round while American Tom Lehmann (level par) is a big draw too.

The Legends Tour Order of Merit will also be decided this week in Mauritius; current leader James Kingston had a tough day as he attempts to hold off Brazilian Adilson da Silva and Wales’ Philip Price to lift the John Jacob Trophy. The South African finished +2 while Da Silva impressed on his debut in Mauritius shooting -3 with Price level par.

The Legends Course at Constance Belle mar Plage has recently been awarded Best Indian Ocean Golf Course at the World Golf Awards. Playing 6614 yards / 6045 metres, there are water hazards on every single hole on the course.