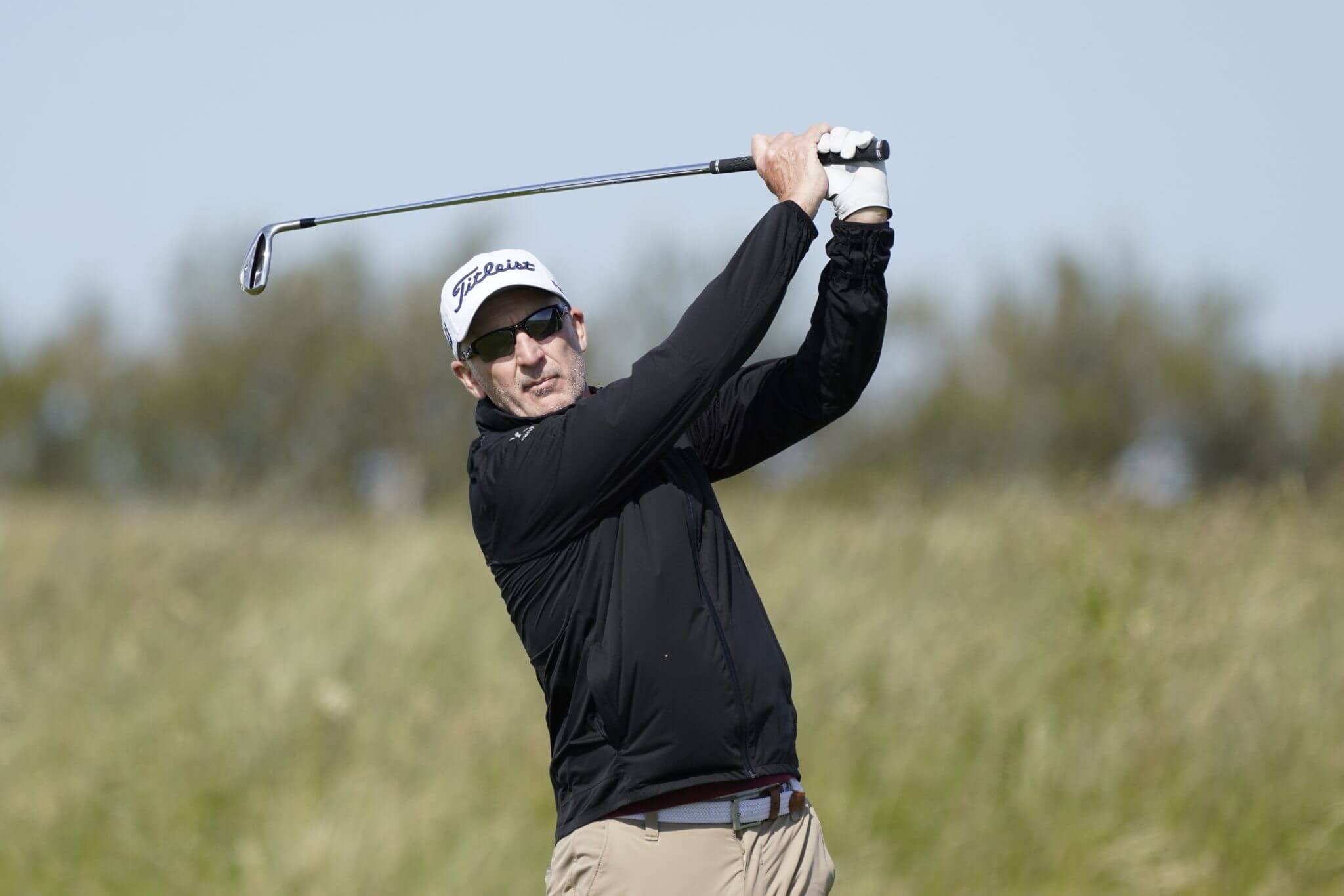 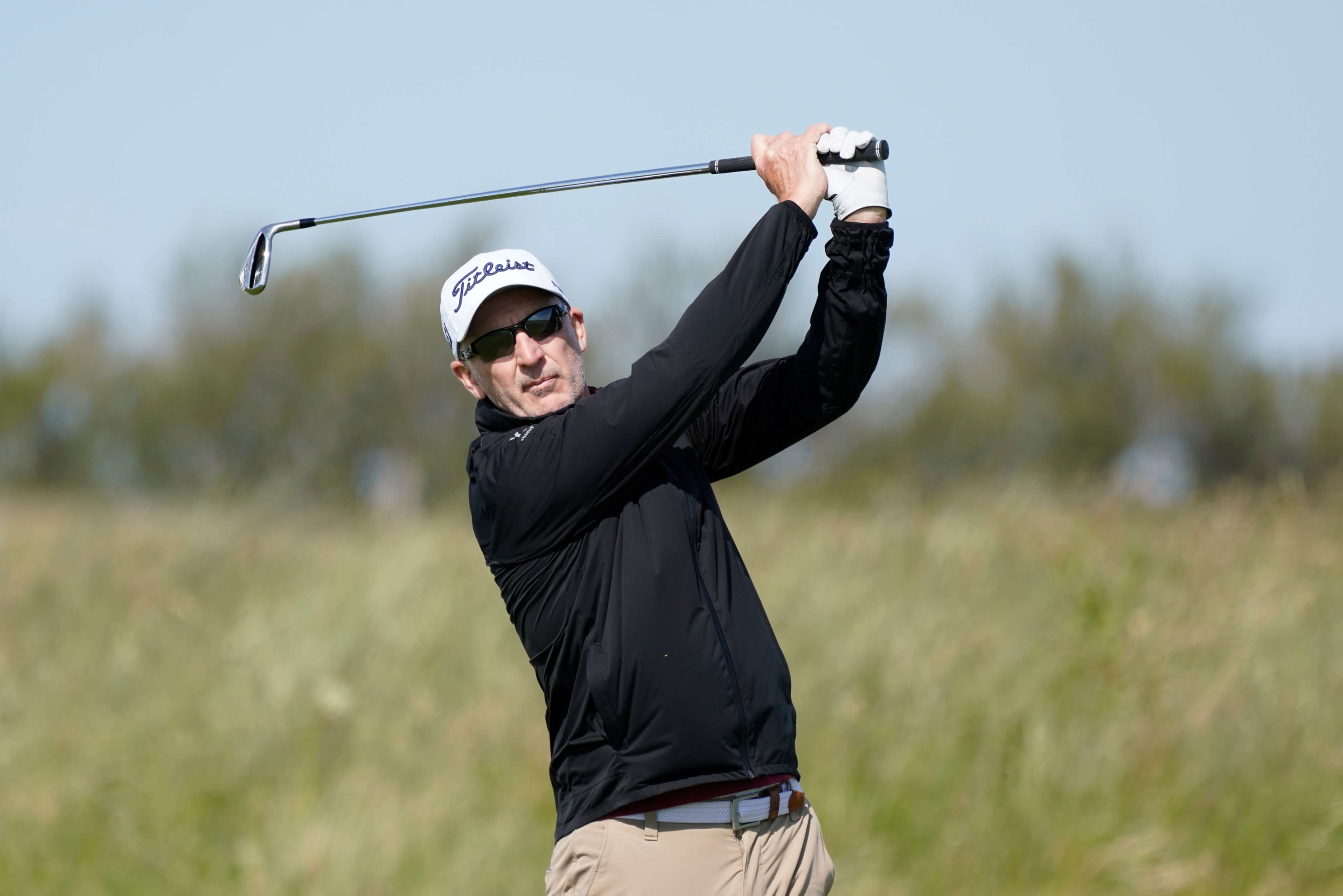 Phillip Price and Chris Williams share the lead after the opening round of the Farmfoods European Legends Links Championship hosted by Ian Woosnam. at Trevose Golf & Country Club.

Welshman Price went bogey free to post a three under par round of 69 and was joined at the top of the leaderboard by South African Williams, who fired six birdies and three bogeys to kickstart his Legends Tour season.

The pair are one stroke clear of Englishman Barry Lane and Scot Gary Orr at Trevose Golf & Country Club, with Price hoping to kickstart his Legends Tour season at the stunning English venue but admits that the course was challenging at times.

“I scrambled well today,” said Price. “I hit the ball okay, but it’s so firm and windy out there that it is difficult to hit the greens. I was really good with chipping them into a few feet and making them and I did that all day, I didn’t hit many greens in regulation, but I scored well.

“Today we’ve got quite a stiff wind, the course has become quite firm and bouncy, it’s tricky off the tees because there is a lot of fairway bunkers and it’s difficult not to run in, same on the greens as well. I had to change my game a little bit, I had to hit the ball a bit lower, especially on a cross-wind.”

The 54-year-old openly admits he relishes the challenge of links golf and was delighted with his opening round in Cornwall.

“Apparently we have the opposite wind tomorrow,” he said. “I’m going to have to look at my yardage and figure the course strategy.

“I scored well today, I’m just pleased like all the other players that we’ve started the Tour again and I look forward to the next couple of days. I like links golf, I think it’s awkward and fiddly, which I probably prefer.”

The second round of the European Legends Links Championship will begin at 8:00am local time on Saturday June 19, with Price teeing it up at 8:20am alongside fellow countryman Liam Bond.