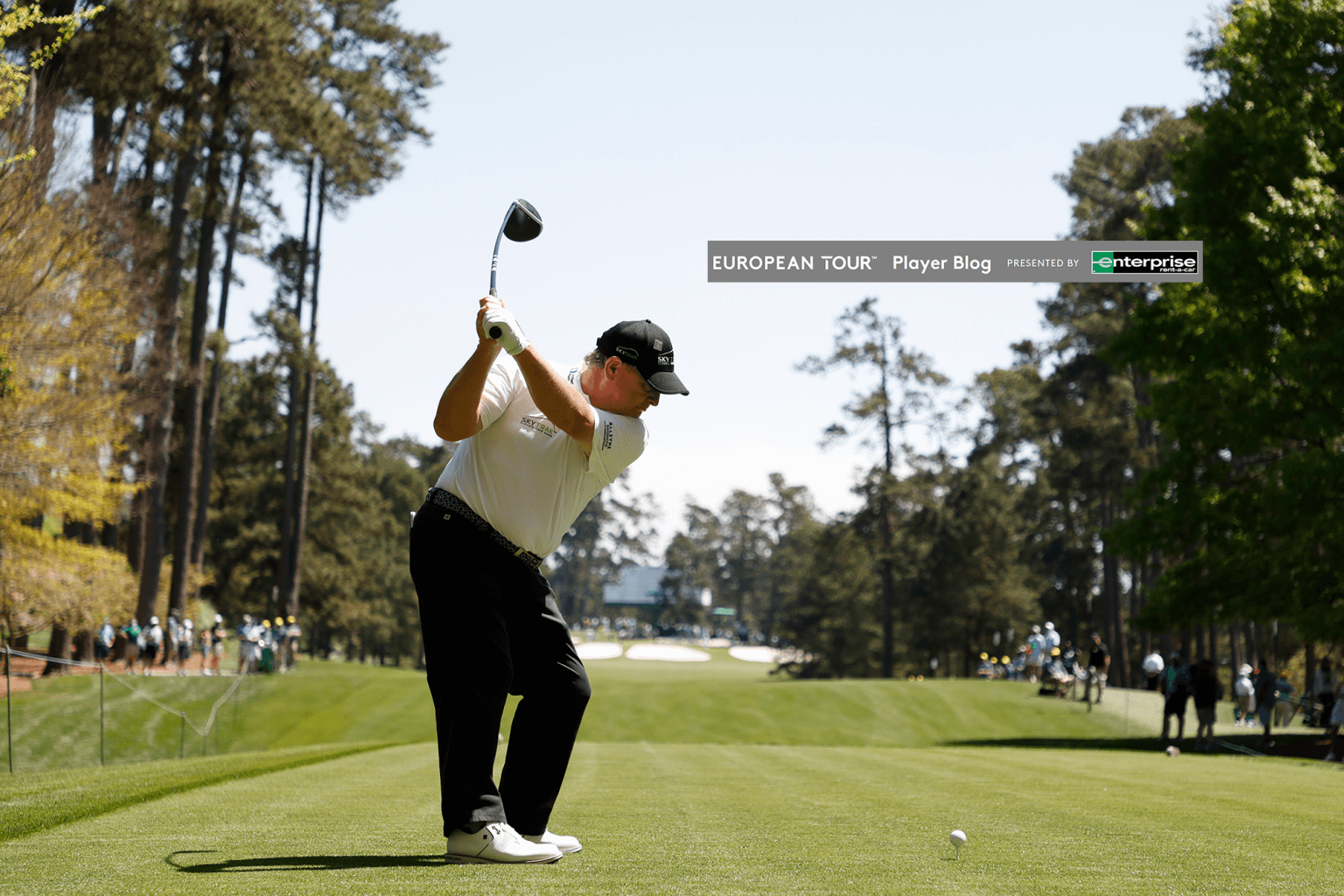 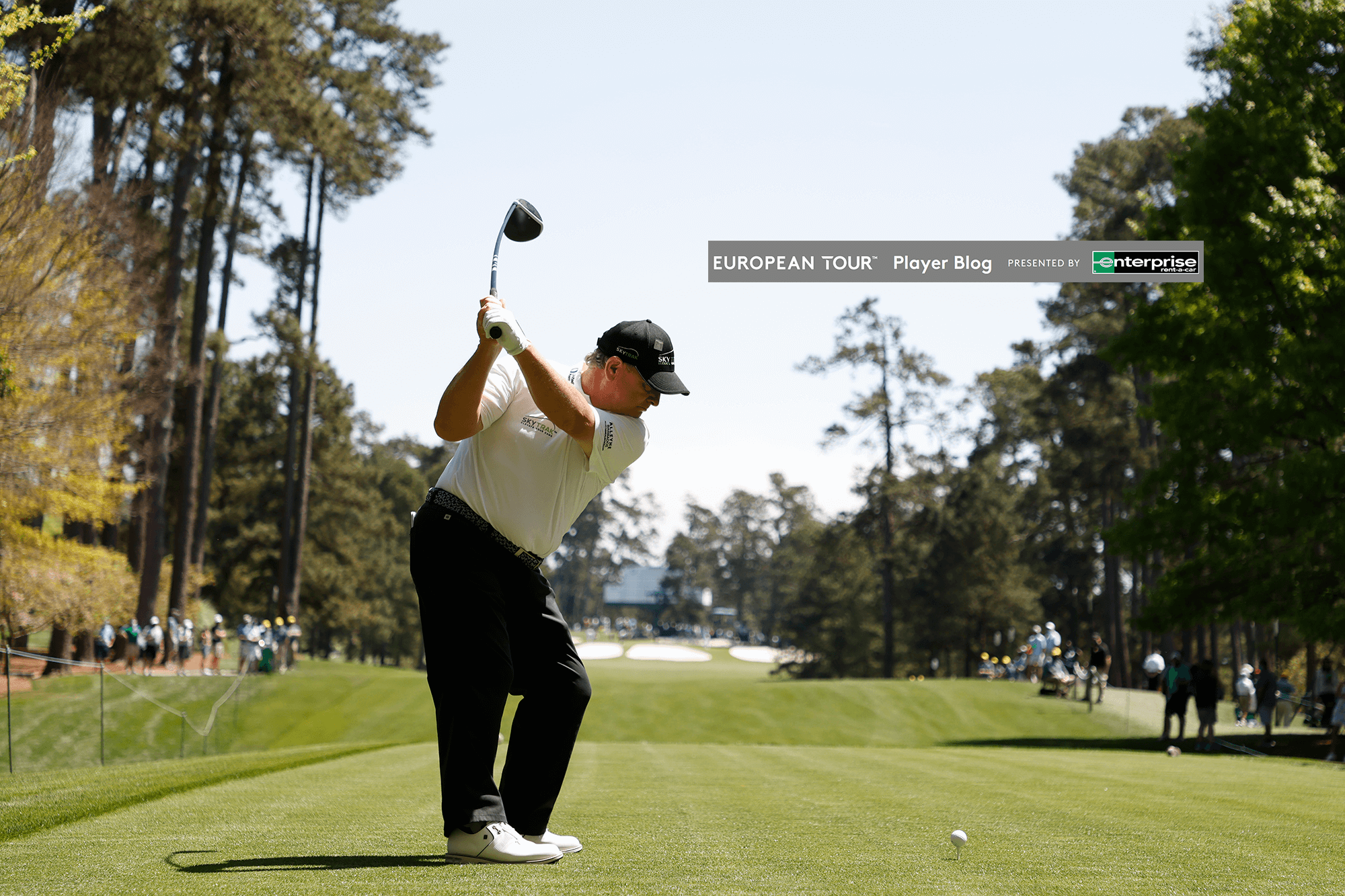 With permission from the European Tour, in this week's Player Blog presented by Enterprise-Rent-A-Car, 1991 Masters Champion Ian Woosnam reflects on the magic of The Masters as he returns to Augusta National 30 years after he famously claimed the green jacket.

I look back now and can barely believe it has been 30 years since I won the Masters, but it really was the pinnacle of my career. You can win tournaments and tournaments and tournaments, but we all want to win at least one Major tournament. I know I only won one, but it’s something I will cherish for the rest of my life, and to be the only Welsh golfer to do it is brilliant as well.

I’ve never been the strongest of putters, but the week I won I was hitting the ball extremely well, putting the ball into the right parts of the green, and it just made it easier to two-putt and hole the putts I needed to hole. That Monday I would also become World Number One, and it gave me a big boost, because I could say to myself that I was the best player there, and I just had got to go out and prove it.

I did actually change my putter after the first round of the tournament though. I was using my Ping putter, and I just wasn’t comfortable with the three footers so I went on the putting green with a Tad Moore putter, and I was knocking these putts in and I felt so comfortable with it that I decided to take it out. I was always doing things like that. I wasn’t the greatest of putters at the time so anything that felt better I’d have a go at straight away. I did spend three hours with it on the practice putting green, so I felt it was the right move.

That final day was special for a lot of reasons, but to play with Tom Watson for the last two days really made that experience. He was a guy I tried to model my game off because he was a great swinger and an aggressive putter. It had also been a long time for him since winning a Major, so it was an exciting round not just for me, but for the crowd as well because they hadn’t had an American winner for a few years.

There were a few times it got a little hairy out there, but it seems to have been like that with crowds all of my life, that I’ve been the underdog with something to prove, and I quite enjoyed being in that situation. When I hit my ball into Rae’s Creek on the 13th and there was a big roar, I remember thinking, ‘oh it’s a big roar for me coming out’ but it was a roar for me going in the water, and I wasn’t happy. The next hole on the tee the guy said, ‘this is Amen Corner not some sort of links course’ and I boomed this drive down the fairway and I was like ‘what do you think of that?’. It definitely fired me up.

When I got to the 18th hole, the one place I knew I wasn’t going to go was right. Obviously, I was trying to hit it straighter than I did, but in the practice round I knew I could carry the bunkers, and there was no trouble down there. The only trouble was trying to get a yardage to the green because people have got their seats there, and we just couldn’t get them to move. I said to my caddie Wobbly ‘how far is it?’, and he said ‘I think it’s about 147 yards, uphill. I think…’, and it came up a little short, but it all worked out in the end.

To have that putt to win was something you dream of growing up. It brings back all those memories of being on putting greens when you’re pretending to be Jack Nicklaus, Arnold Palmer or Gary Player putting to win a Major, and suddenly you’ve got that exact opportunity in front of you. It’s a nervy moment, but as a golfer you’re always trying to find a way to relax, and I think what made it easier was that I knew if missed it I was going to be in a play-off. But it was a perfect putt, a ball outside the right and all I had to do was hit a good putt straight up the hill. It all came right for me, and it’s a moment I’ll never forget.

I have a lot of great, stand-out memories over the years. I was lucky enough to play with Jack Nicklaus quite a few times around there, which was incredible. When you’re playing with the Golden Bear, the crowds are unforgettable because they’d come to every tee, every green, and it was incredible to share in that noise, and play with the greatest player in the world. That was over 20 years ago, and he was playing in his last few rounds really and he was still fantastic, he just wasn’t long enough anymore.

Length has really been the biggest change at Augusta. I played on Wednesday and I’m still hitting it as far as I was when I won the tournament, but you’ve just got to pitch it at about 280 off the tee, otherwise you’re going to struggle with the length because it’s tough to hit into those greens with long irons or even rescue clubs. You’ve really got to get it over the little hills to get the ball to run because if you don’t carry it far enough it just stops, and you’re playing off uphill lies a lot of the time, which is even harder. They key though is knowing when to attack the pin, and knowing when to hit into the middle of the green – because if you make a mistake and miss on the wrong side, you’re going to be in real trouble.

This year, the course is going to be fantastic: The greens are going to be hard and firm and fast, and there’s no doubt about it – there’s going to be some fun and games. I played Augusta earlier this week and went out to play just to see if I could walk around the course for a start. I still feel pretty good, although it’s a bit disappointing because I’ve not been playing that well, but I’ve got a little more time to get it together.

The hardest thing I find isn’t the playing now, but the walking around Augusta. Part of making the decision to have my back operation at the start of 2020 was to see if it could make a difference, in the hope I could play again. I’ve got a grandson now, and in the years to come I want to be able to play golf with him as well, and hopefully it has done that. I won’t ever get over my bad back entirely because I’ve got ankylosing spondylitis, which causes your joints to flare up and eventually fuse together – which is has in part of my back, but I wanted the chance to play another time around Augusta and feel like I’m pain free.

Although I’ve said before it may be my last, I wanted to play again, to feel like I can give it one more shot, 30 years on from my win. It’s nothing about making the cut for me. I haven’t played for years and years pain-free around Augusta and this feels like my chance to play 36 holes and enjoy it, to take in the Azaleas, wave at the crowds, and watch the end of the tournament. It’s nice to have the chance to go around again, and it will be a nice time to maybe retire properly.

I’m really looking forward to the Champions Dinner, too. I wasn’t there last year, and it’s truly one of my favourite occasions. It’s funny because I remember after I won the Masters and I went to my first Champions Dinner, and I was sitting there with all these older guys thinking ‘wow, they won the Masters at one point’. Now I’m one of those guys 30 years later, and those youngsters are looking at me. But it’s such a nice tradition; you have your dinner, tell a few jokes, have fun and share memories about your wins with all of the former champions.

There are a lot of things that make the Masters special. Whether you’ve played in one Masters or more than 30, that feeling of excitement when you come down Magnolia Lane never changes. Once you get into the car park and come through the clubhouse you see it all there in front of you, and I think of it like the Garden of Eden.

Everybody wants to win the Masters, and there’s a mystique about the place. It’s always the first Major of the year and you get there and are greeted by the greenness, the Azaleas, and there’s so much excitement around, from the players to the crowds.

For me, it’s one of the greatest tournaments ever. When you pass on to your next life, I’d like to think you end up in Augusta.