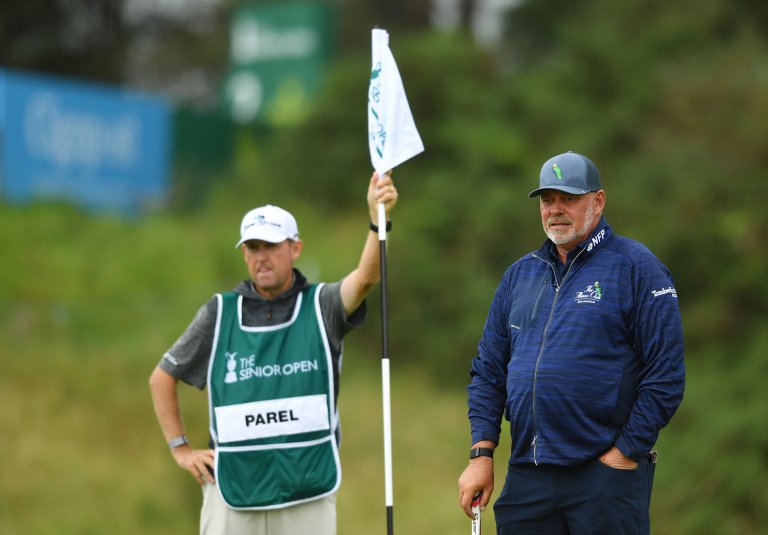 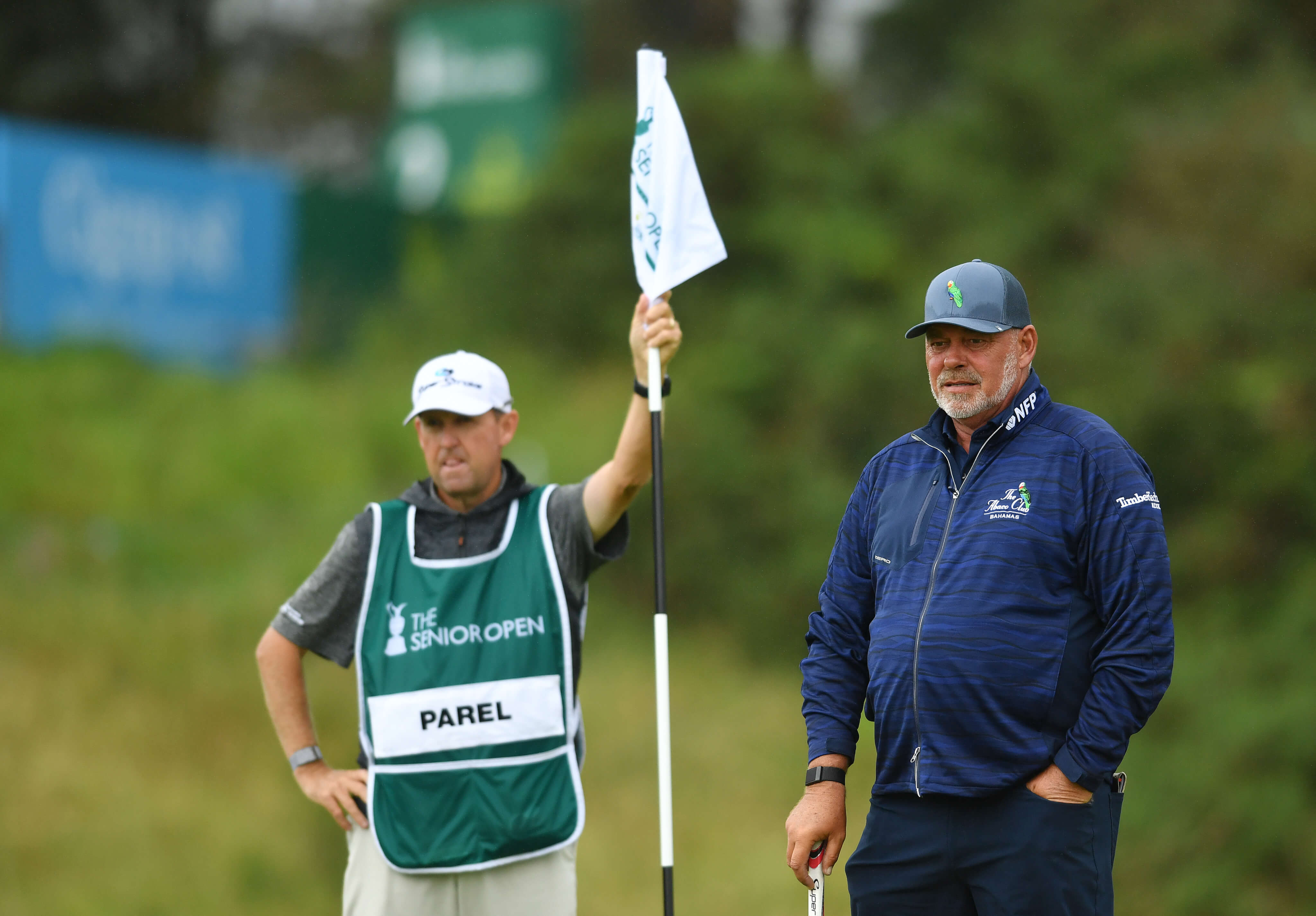 Paul Broadhurst and Darren Clarke on top at Gleneagles

Paul Broadhurst and Darren Clarke will share the lead heading into the final round of The Senior Open Presented by Rolex after a dramatic day in tough conditions at Gleneagles.

Clarke entered day three with a two-shot advantage and had extended that to three just after the turn as those around him looked to be faltering.

But as the rain began to pour on the King’s Course, the Northern Irishman made back-to-back bogeys and a hat-trick of gains sent 2016 champion Broadhurst to the summit as he signed for a 66.

Clarke had played beautifully all day without seeing the putts drop but after some deep study of an eight-footer on the final green, he made a closing birdie to sign for a 69 and share top spot at nine under.

Clarke is looking to be just the fourth player after Gary Player, Bob Charles and Tom Watson to win both The Open and Senior Open and he is determined to get over the line after leading for 36 holes last year and finishing third behind Stephen Dodd.

“It would be pretty cool to have both of them sitting beside each other,” he said. “I would love to win The Senior Open as well as The Open.

“Doddy came through and played great. Hopefully hit a couple more putts and give myself a better chance coming down the last few holes.

“I was really pleased with the way I played today. I was conservative, I played away from quite a few flags but still gave myself enough opportunities. I just didn’t make them.”

Broadhurst carded a closing 68 at Carnoustie en route to lifting the trophy in 2016 and he believes he will need to be at his best again if he is to hold off near rivals with ten Major Championships between them.

“Just look at the leaderboard, some top names right behind me,” he said. “I’m under no illusions, I’m going to have to go out and shoot a number tomorrow.

“I don’t think the forecast is particularly good. I don’t mind the wind and the rain is OK if it’s not blowing but if you get both, it’s brutal. But we’ll see tomorrow.”

Clarke put an approach to eight feet on the first and while he could not take any further chances on the front nine, a two-putt birdie on the par-five tenth meant he had extended his overnight advantage.

Bogeys were to follow on the 12th and 13th, however, and England’s Broadhurst was the man to take advantage.

He made a 12-footer on the first and used the contours at the third to leave himself just three feet for another gain.

A two-putt birdie on the tenth was sandwiched by bogeys on the fourth and 12th but he made a 15-footer on the 13th, birdied the short par-four next and hit the pin on the 15th as he made it a hat-trick.

Clarke continued to be frustrated by the putter but he made amends on the last to get himself back into a share of the lead.

Jaidee and Appleby also carded rounds of 67, Montgomerie birdied his last three holes in a 68, and Els and Harrington both signed for 69s.