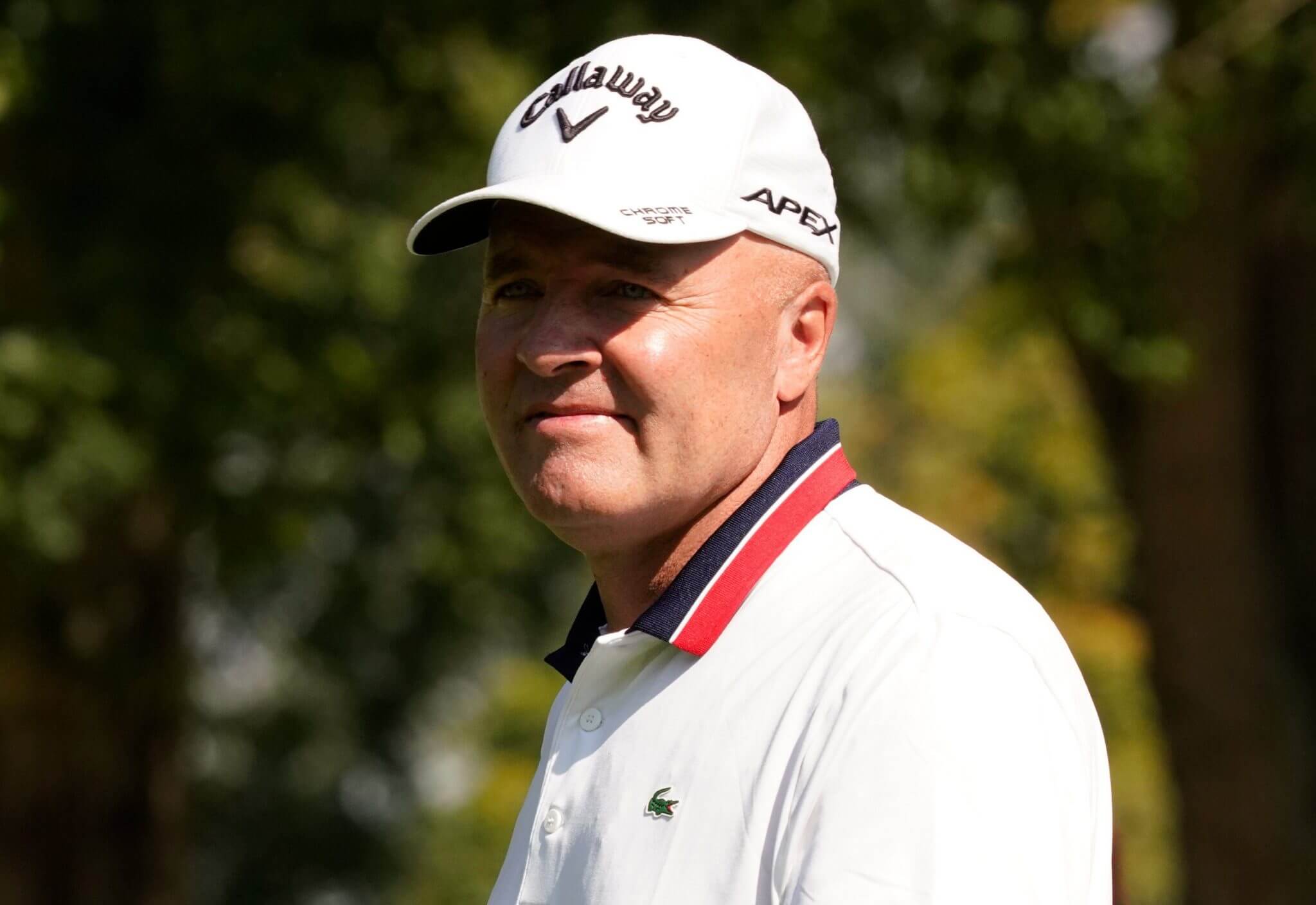 Levet rises to the summit on home soil

Thomas Levet will take a three-stroke lead into the final day of the Legends Open de France hosted by Jean van de Velde after posting an impressive six under par round of 65 at Golf de Saint-Cloud.

The Frenchman carded six birdies in a blemish-free round to move to ten under par and three shots clear of overnight co-leader Gary Wolstenholme and Canadian David Morland IV, who share second place on seven under par.

The six-time European Tour winner was delighted to please the home crowd in Paris and believed finding the fairway from the tee was a key factor in creating birdie opportunities and keeping bogeys off the scorecard.

“I played very well from tee to green,” he said. “I didn’t make too many mistakes and I had one or two putts that I needed to make to save pars and I did but I missed two short putts for birdies on four and 17 but the rest of the game was very good. I drove it so well that I didn’t have to see too much of the course other than the fairway and I hit my irons really close.

“You have to hit it straight around here, play for the centre of the greens and then be very careful on those greens because they can bite you. They’re really tough, especially because they dried out today and if you were coming from the rough it was very difficult to hold the greens. You also have to be very patient because it’s not difficult but if you attack it too much it will hurt you.”

The 52-year-old secured a memorable triumph at the Alstom Open de France in 2011 when he famously jumped into the lake in celebration at Le Golf National and subsequently suffered a broken leg, and he is now looking for a second win on home soil against the backdrop of the Eiffel Tower.

“It would be nice to win in France because I won the French Open on the European Tour and now have a chance to win on the Legends Tour,” he said. “That would be amazing and I like the look of the trophy so I am going to fight for that tomorrow.”

Three-time European Tour winner Peter Baker sits in fourth place on six under par, while 11-time Sunshine Tour winner James Kingston is a shot further back on five under par.

The final round of the Legends Open de France hosted by Jean van de Velde gets under way at 7:30am local time, with Levet teeing it up in the final group alongside Morland IV at 12pm.