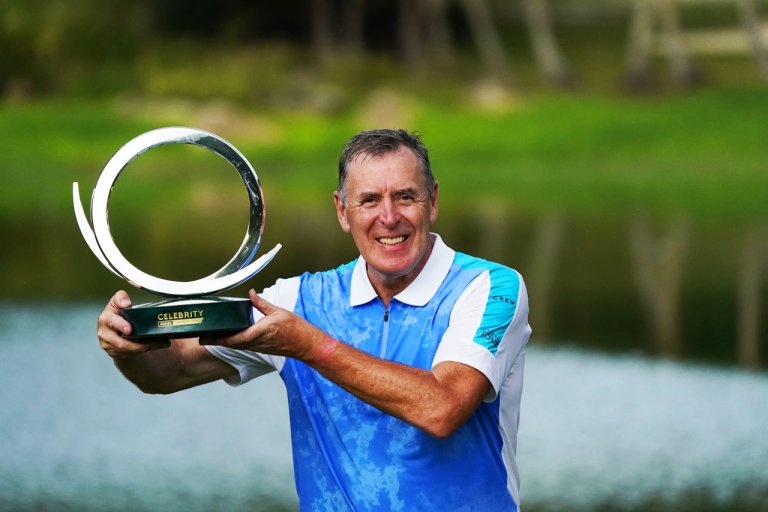 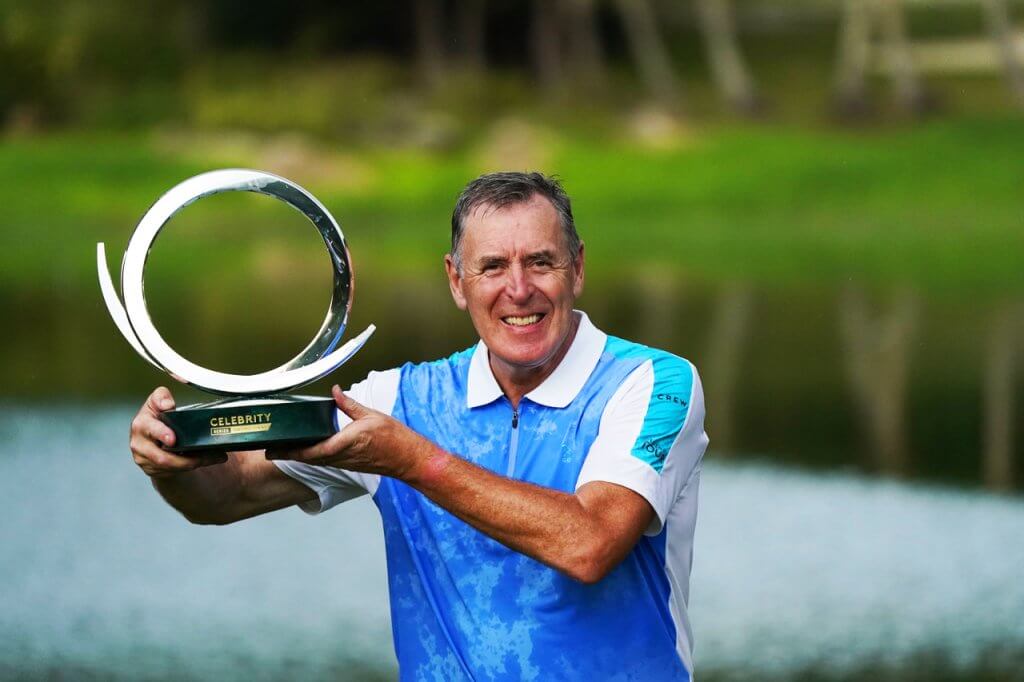 Packie Bonner, the former Republic of Ireland goalkeeper, beat a field of nine other celebrities to win £25,000 for a charity close to his heart in scorching temperatures in the Seychelles.

The former Celtic shot-stopper held his nerve to shoot three-under his handicap at the picturesque course at Constance Lemuria on Praslin Island.

The wapp Celebrity Series features ten big names from the world of sport and showbiz who qualified to play in the Seychelles showdown via Celebrity Series events during the regular Legends Tour series. Bonner – a friend of Paul McGinley and a Donegal local – won his qualifier when the Legends Tour visited the Emerald Isle back in August.

At the time he said he thought things could not get much better than securing his place and a trip to the Seychelles to play in the finals. On Thursday he went one better and secured the title over 36 holes by holding off former Formula One supremo Damon Hill, who had led the field all the way to the final hole.

Bonner said: “Is there a word that betters ecstatic? It is incredible. I feel so humbled because I came here with no expectations whatsoever.

“Yesterday I played with Phillip Archer; those guys make you feel so at ease and it brings out the best in your golf. I really enjoyed the whole occasion.”

Bonner’s win was all the more extraordinary given he played the whole tournament using borrowed clubs. His own failed to show following his flight from Ireland and he was forced to improvise with a rental set and clubs borrowed over two days of practice.

The wapp Celebrity Series, now in its second year, features a prize pot of £100,000 – all of which goes to charities nominated by each participant. No one goes home empty handed; all the celebrities’ charities benefit. But Bonner secured the top prize of £25,000, which will go to the Amyloidosis Research Fund based at the Royal Holloway Hospital in London.

“Amyloidosis is fairly rare,” Bonner said. “It is a build-up of protein that can affect people’s organs and my dad died from it when he was 61 and there is also a genetic strain. I have to be tested for it myself, at the end of the day it’s an important charity and the research is getting closer to, at the least, a medication that would help if you get it early enough and they may even find a cure – so that’s what we are trying to do.

“I am so happy that I have been able to give something back to the charity. It feels wonderful.”