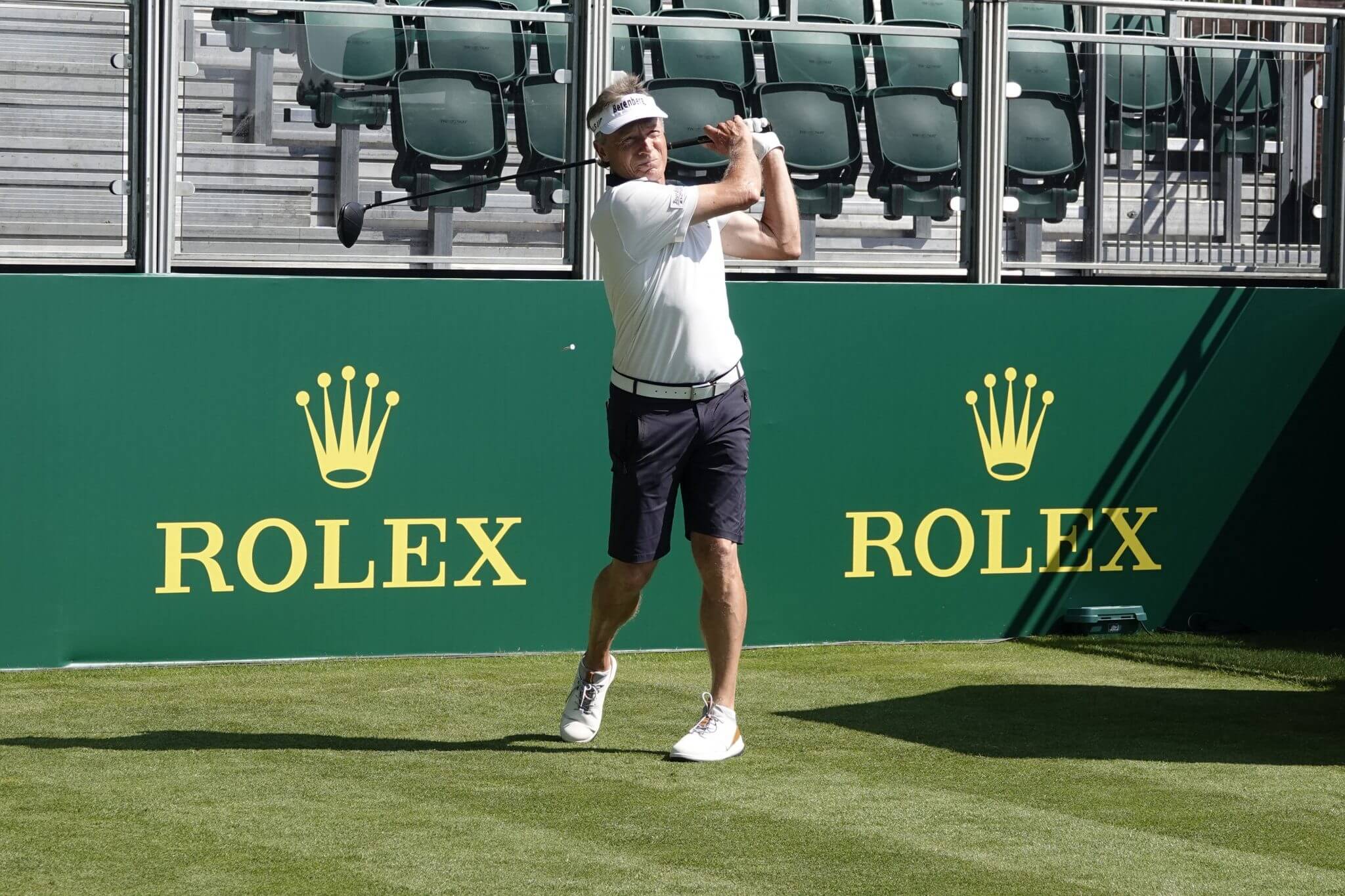 Defending champion Bernhard Langer is relishing the opportunity to tee it up in The Senior Open Presented by Rolex this week at a venue he has enjoyed visiting for over 40 years in Sunningdale Golf Club.

The German won the Senior Open for a record fourth time at Royal Lytham & St Annes in 2019 and defends his title this week after the Championship’s cancellation in 2020 due to the Covid-19 pandemic.

Langer, whose 11 Senior Major titles surpasses anyone in the game’s history, hopes to taste further Major success in the future and will bid to do so at Sunningdale this week.

“To have won more Senior Opens than anyone else, it’s one of the best accolades you can have,” he said. “I’m very happy and proud of that achievement. I’ve won on some wonderful golf courses as well.

“I’ve never won The Open Championship, which was always my dream as a European player, everybody wants to win the only Major we have, The Open. I came close, but I never did that, but I was able to win this Championship four times and hopefully there’s one or two more left in me.

“I’m glad to be back and The Senior Open Presented by Rolex is always a wonderful event. It’s one of the highlights of the season and to get to come back here to Sunningdale where many of us have played tournaments, me personally, for over 40 years now, it’s just a gem. It’s a true test of golf and a beautiful golf course.

“It’s one of the greatest courses you have in this country. It’s withstood the test of time. I was paired with Gary Player today in the Pro-Am and he’s telling me stories of this place from 60 years ago and I’ve been coming here 40 years ago and the place hasn’t changed dramatically.

“The clubhouse hasn’t changed dramatically, the golf course hasn’t changed at all and it’s been good through all these years and it’s still good. I played today and yesterday and I’m hitting a lot of four, five, six irons into these par fours, so it’s by no means a chip and putt golf course.”

Langer spends the majority of his time in the United States, competing on the PGA TOUR Champions, but is pleased to be back on European soil this week with the opportunity to catch up with some familiar faces, including some new additions to over-50s golf such as Thomas Bjørn, Robert Karlsson and Jim Furyk.

“That’s the great thing about the Champions Tour and the Legends Tour, we’ve all known each other for sometimes 30, 40, 50 years and competed against each other through all that time,” he said.

“You become friends not only with each other but with the whole families. Some of us are grandpas now so there’s some wonderful stories and we’ve been involved in this fantastic game of golf for a long time.

“To have rookies sounds strange but they’re rookies on this tour and they’re very, very good. I’m 64 soon and they hit it a tonne further than I do so it’s a challenge for me to try and keep up with them and try and be more precise and make up for the lack of distance that I have compared to them. It’s a real challenge but I like challenges and it’s great to be out with them and compare my game to them.”