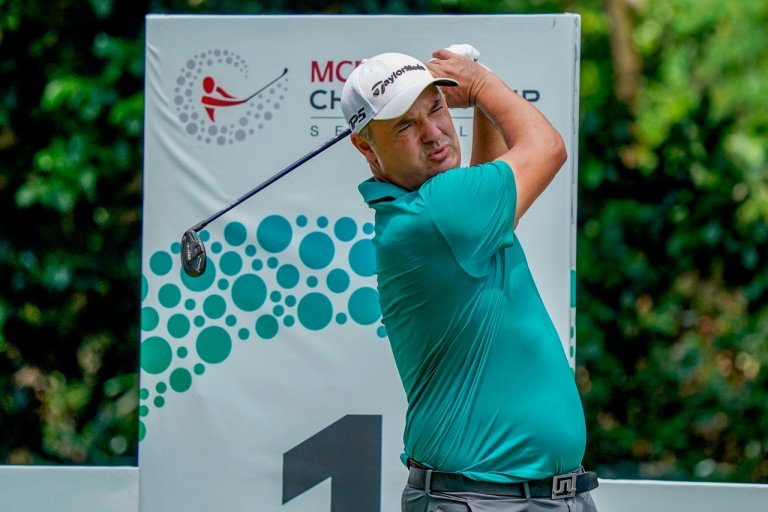 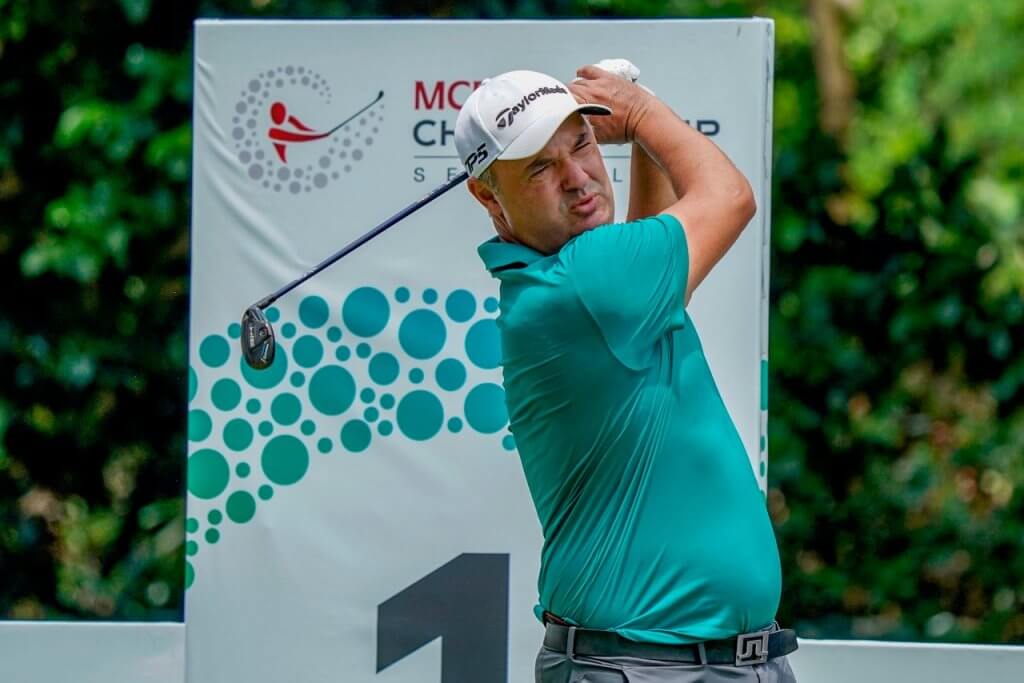 Khan leads with a 65 in the Seychelles

Simon Khan fired an opening round of 65 to lead the field after day one at the MCB Tour Championship Seychelles.

The Englishman, a debutant this year on the Legends Tour, put in an assured performance at Constance Lemuria shooting 5 birdies and 2 bogeys and closing out with an eagle on the 18th.

Khan made his Legends Tour debut after turning 50; his birthday was the day before the Farmfoods European Legends tournament at Trevose.  The former two-time winner on the DP Tour was keen to get stuck in this season and despite injury problems is relishing his debut year.

“It’s getting my head around these 54 hole events, it’s my first year on tour and getting off to a good start is so important… I know there’s two rounds left, there’s a lot of golf left, I’m not getting over excited, I am really happy with my round but I think it’s important to start well to get ahead of the game so to speak…I’ve been working hard on my game at home, probably the hardest I’ve worked all year, especially my putting, which was a lot better today so that’s good.”

Swede Joakim Haeggman is second after shooting 66, with Welshman Liam Bond, South African Chris Williams and Jean-François Remesy of France in a tie for 3rd after rounds of 67.

A smaller field of 48 take part in this week’s 54 hole competition which is the penultimate event of the Legends Tour season.  Among the star names in action this week are American Tom Lehmann, former Open Champion Paul Lawrie, Former US Open winner Michael Campbell and current Legends Tour Order of Merit leader James Kingston.

The course at Constance Lemuria is the only 18 hole golf course in the Seychelles. Playing 6135 yards/5611metres, it was designed by architect Rodney Wright and course consultant Marc Farry.   12 of the holes fall at sea level on the picturesque resort with the final 6 holes built into the cliffs and hills behind providing a tough back nine test for the field this week.