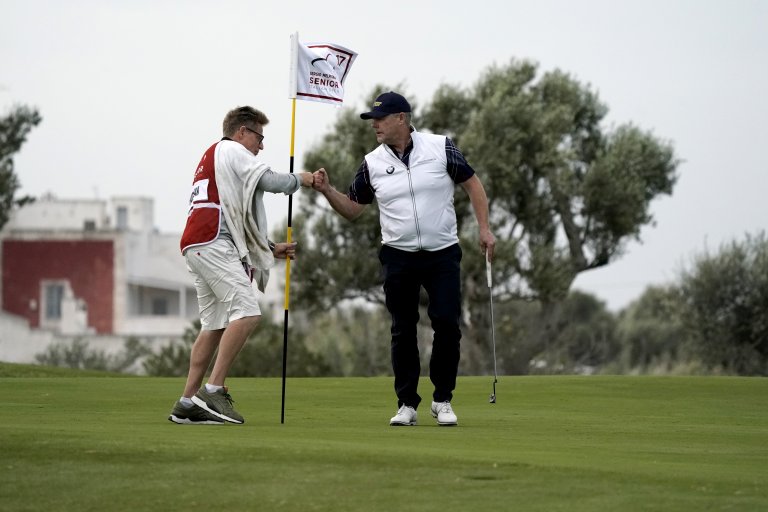 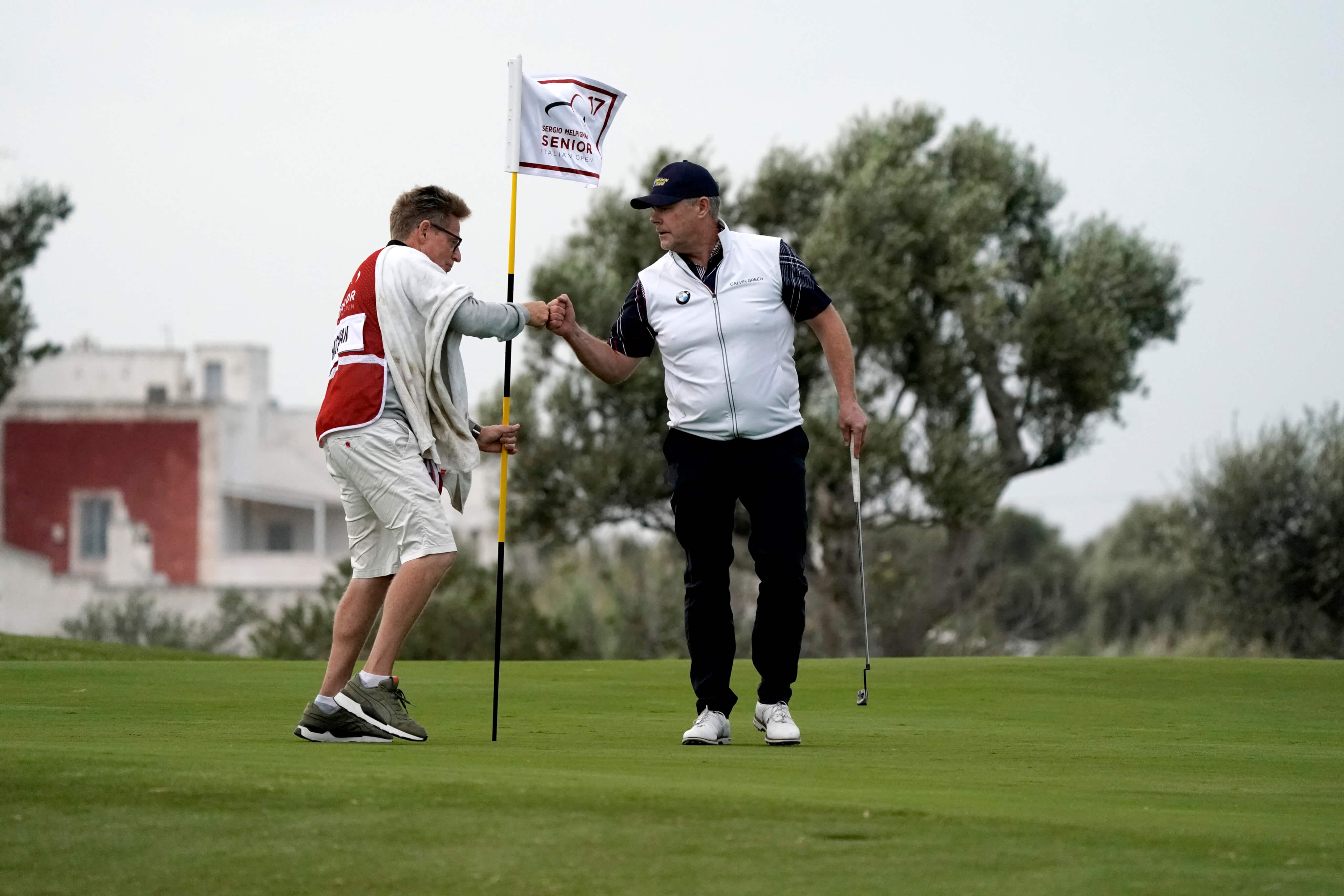 Joakim Haeggman posted a four under par round of 68 to open a two-stroke lead heading into the final round of the Sergio Melpignano Senior Italian Open.

The Swede reached nine under par at San Domenico Golf with his closest challenger, South Africa’s James Kingston, two shots back on seven under par after climbing the leaderboard thanks to a five under par 67.

Haeggman, a three-time European Tour winner who also represented Team Europe in the 1993 Ryder Cup, started the day with a bogey but bounced back with five birdies and is relishing the opportunity to contend for his maiden Legends Tour triumph.

“I’m excited,” he said. “This is my second year and this is my first real opportunity to win one of these events and I am looking forward to the challenge tomorrow.

“It’s always a challenge to come out leading a golf tournament and to keep on top of that but obviously I’m very thrilled to keep it all together.

“I’ve been hitting some really nice shots out there and keeping the ball on the greens and trying to two putt. You’ve got to try and work the par fives out here.”

The Swede battled with the furious wind throughout his second round and after almost holing out from the bunker on the 18th, he was reminded how important each and every shot is.

“I had a downslope and downwind so it was almost impossible to stop it but I hit the bunker shot really well and as clean as I could have hoped for. I couldn’t see the pace of the ball and it seemed to me that it went maybe four or five feet by, but as it hit the pin it allowed me to have a one footer and I made a four and it’s important for tomorrow.

“I’ve been hitting some nice iron shots and I’ve been controlling the golf ball well in the wind. That’s what it’s all about and that’s what you have to do when you’re leading.

“I think 17 and 18 were key. I missed both of those greens and I hadn’t missed the greens since the first hole today, but I got it up and down which keeps me in the lead.”

The final round of the Sergio Melpignano Senior Italian Open will begin at 8:30am local time, with Haeggman teeing it up in the final group alongside Kingston and Bickerton.