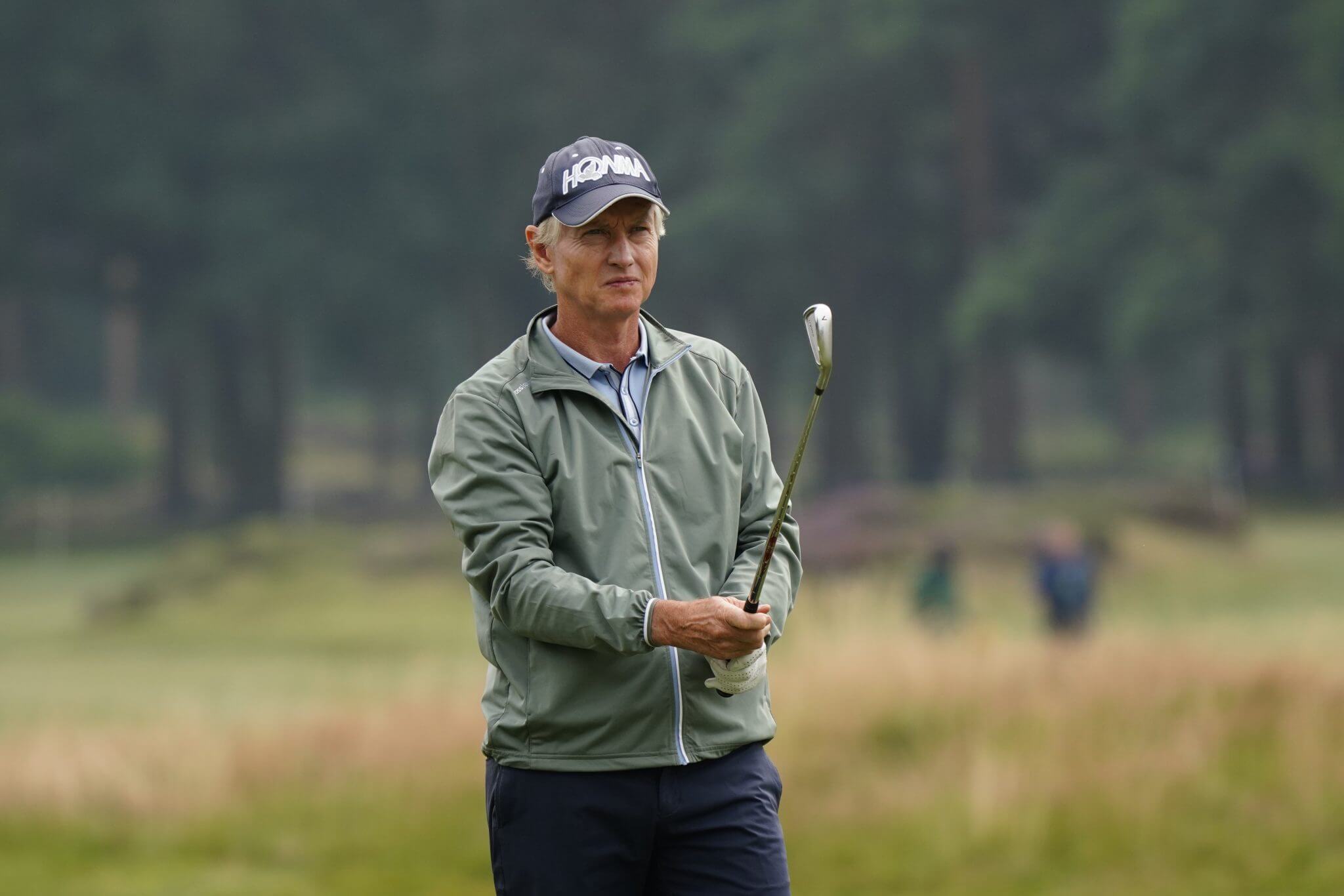 Gomez leads with Golding in the chasing pack

Rafael Gomez posted a bogey-free six under par opening round of 66 to lead the Staysure PGA Seniors Championship after the first day, with former champion Philip Golding forming part of the chasing pack.

The Argentine took advantage of benign evening conditions after high winds had caused a near four-hour morning delay to lead by three strokes from Canada’s David Morland IV, Scotland’s Bill Longmuir and Englishman Peter Wilson on three under par, with Golding and Senior Open Presented by Rolex Champion Stephen Dodd among a group of four players in a tie for fifth on two under par.

Golding, the 2018 winner of this event at London Golf Club, birdied two of the final three holes to post a round of 70 and finish with a flourish after playing in the better of the day’s conditions.

“We got lucky with the weather, there’s no question about that,” he said. “There’s barely half a club of wind this time of night. It was a vast improvement from yesterday in the Pro-Am. I did a bit of work this morning, a bit of work last night and it was much better.

“I managed to get my ball round, it wasn’t easy, there were a couple of mistakes, a couple of three-putts, but I’m very happy with two under round this course.”

The five-time Legends Tour winner knows what it takes to earn victory on a links course having won the Speedy Services Wales Senior Open in 2013 at Royal Porthcawl and he gave an insight into how he approaches the various hazards that come into play.

“It’s a beautiful golf course,” he said. “Any links course is great but I treated the bunkers like water hazards and I think I only had one bunker shot. That’s how I treat them because if you go in there then it’s virtually a shot dropped so I’m pleased.

“I enjoy it because sometimes you have to throw away the yardage book and feel it. You have to think your way round the course and use your imagination because of the wind and where it’s going to bounce and run on, and it’s not easy so I’m happy with two under.

“The PGA, apart from the Majors, has got to be the number one up there. I think Ryan Howsam has treated this as his baby, he resurrected it a few years ago. I looked at that trophy when I won and it was unbelievable.”

Australia’s David McKenzie and England’s Michael Watson share fourth place with Golding and Dodd, with six players a shot further back on one under par

Play was suspended at 9:14pm local time due to darkness, with the remaining groups required to return to the course on Friday morning to complete their first rounds. There is no change to round two tee times.