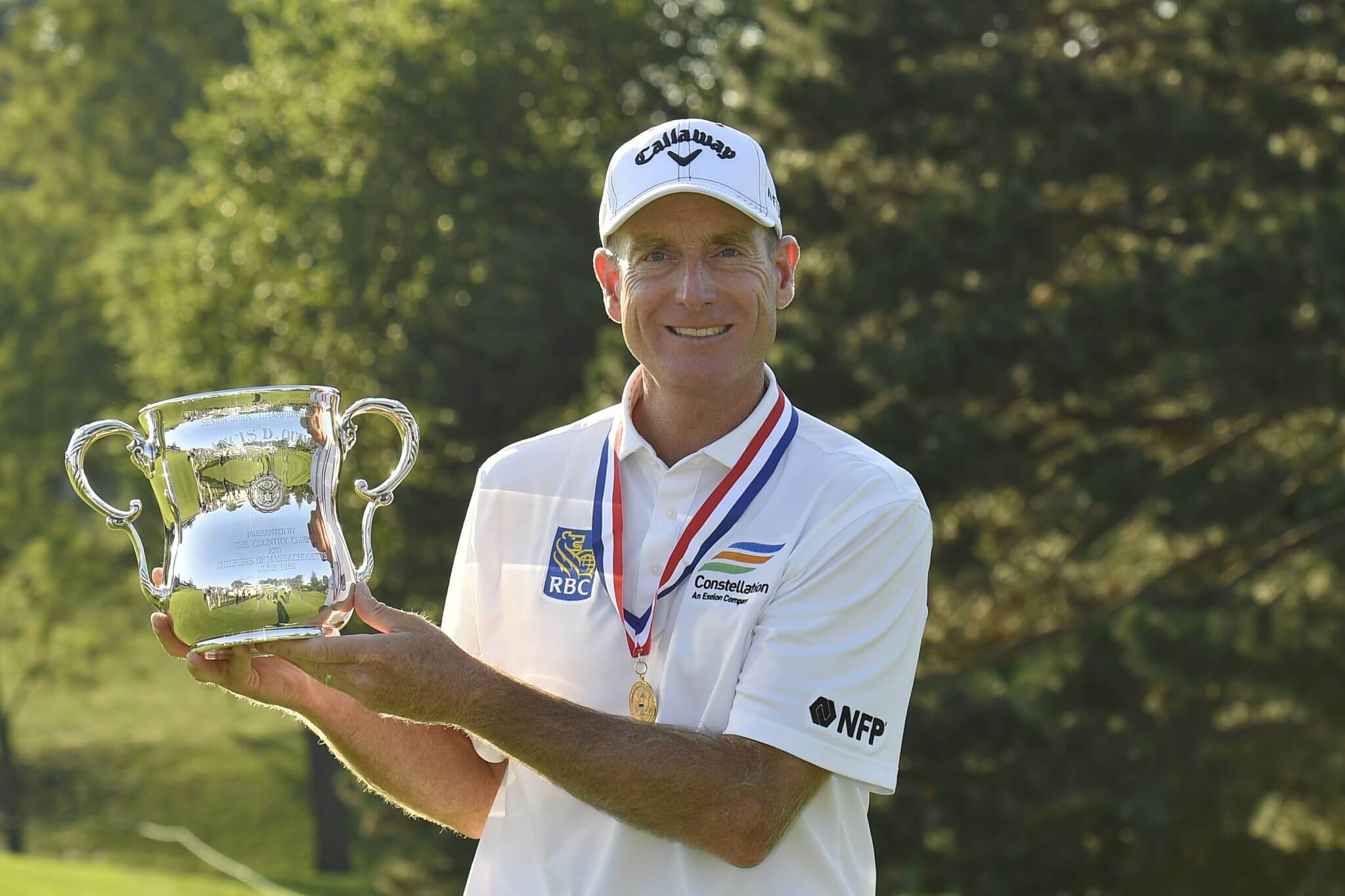 Jim Furyk bounced back from a rocky start to earn victory at the U.S. Senior Open at Omaha Country Club.

The 2018 Team USA Ryder Cup Captain started bogey-double bogey on the second and third holes but bounced back by playing the next 11 holes in two under par, before closing out victory with a one over par 71 to finish on seven under par, three clear of his nearest challengers Mike Weir, of Canada, and South Africa’s Retief Goosen.

“I’m not sure I ever felt comfortable out there,” said Furyk. “This is a dangerous golf course – you’re not worried about making low scores; you’re worried about making ‘others.’ I just tried to worry about my own game, and on 17 it was a relief to see where I stood and know that a four or five on 18 would win the tournament.”

After finding himself with a tricky lie in the greenside bunker on the third hole, Furyk bounced back commendably to secure his first Senior Major Championship.

“I think I got a little greedy [out of the bunker], and tried to throw it across the green a little farther and maybe give myself a ten or 15-footer for par,” said Furyk.

“I was just a little mad at myself for turning a four into a five, which when you’ve got a big lead going into Sunday, that’s what you’re trying to avoid. I was really just trying to collect myself, and I thought the tee shot at four and the iron shot at four were very key. I hit two very good shots and gave myself a good look at birdie.”

Australia’s Rod Pampling finished fourth on three under par, while American Keith Sutherland and Germany’s Bernhard Langer shared fifth place on one under par, the latter of whom became the oldest player, aged 63, to finish in the top five of a Senior Major since Hale Irwin in 2011.

The next stop on the Legends Tour International Schedule is The Senior Open Presented by Rolex, taking place at Sunningdale Golf Club from July 22-25.