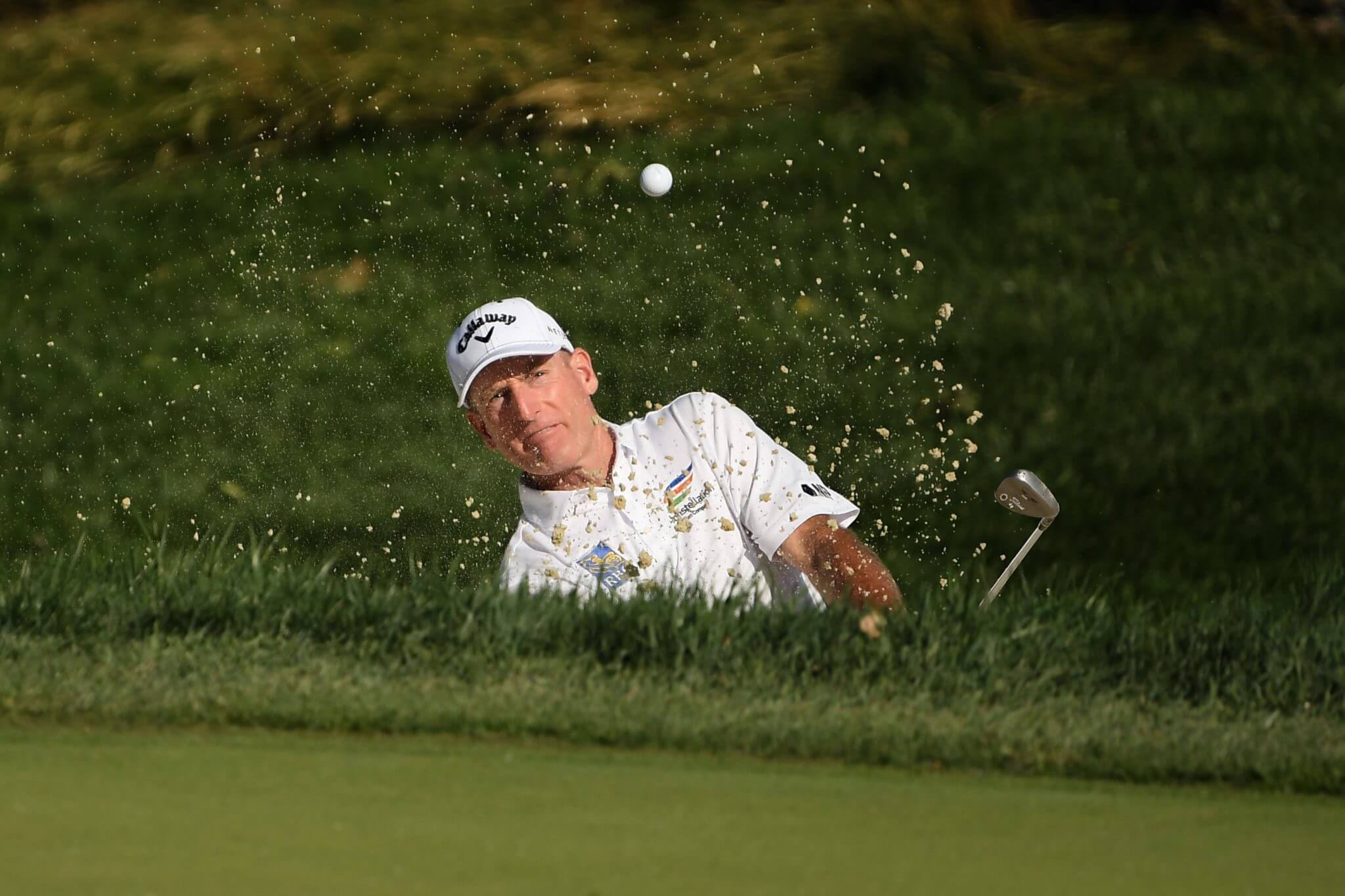 Jim Furyk doubled his lead in a weather-delayed Round three of the 41st U.S. Senior Open Championship on Saturday, shooting a four under par round of 66 to take a four-stroke lead over Stephen Ames into Sunday’s final round at Omaha Country Club.

The 2003 U.S. Open champion turned 51 in May and is attempting to become the eighth player to win both the U.S. Open and the U.S. Senior Open, an illustrious list that includes Jack Nicklaus, Arnold Palmer, Lee Trevino, Billy Casper and Gary Player. Furyk is also seeking to join nine other golfers who have won the U.S. Senior Open in their first attempt.

“I’ll take 66 any day,” said Furyk. “I started off really well this morning, and when I came back out from the delay, I lost my rhythm a little bit and put myself in awkward spots.”

Legends Tour members Miguel Ángel Jiménez and Bernhard Langer share 15th place with two others on one over par.

Stephen Ames earned a spot alongside 54-hole leader Jim Furyk in Sunday’s final pairing with a two under par round of 68.

Two-time U.S. Open champion Retief Goosen moved within striking range of Furyk on Saturday, closing with back-to-back birdies for a four under par round of 66. The South African finished in a tie for 14th in 2019 on the Warren Course at Notre Dame in his only previous U.S. Senior Open start.

“My expectations were really low in the beginning of the week,” said Goosen. “I was hitting it so bad the last few weeks, and I was trying everything. I just decided to stick with something, and as the week got on, I started hitting it better and better. My confidence is coming back a little.”

The final round will begin at 9:40am local time on Sunday, with the final group starting at 3 p.m.