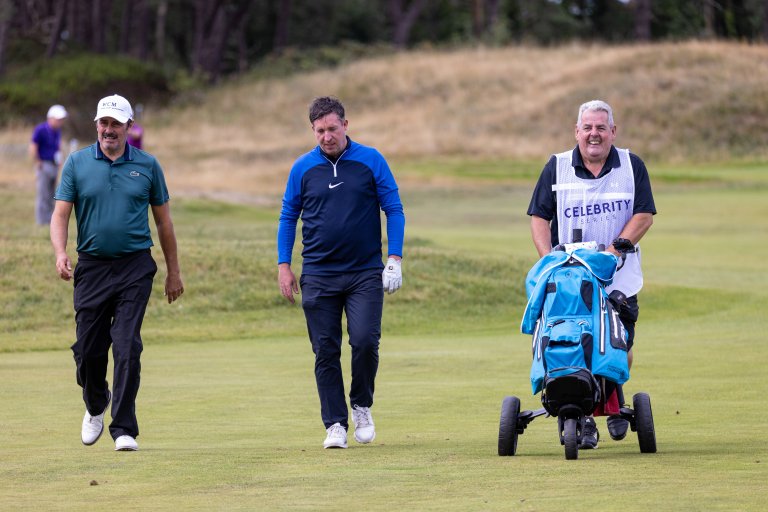 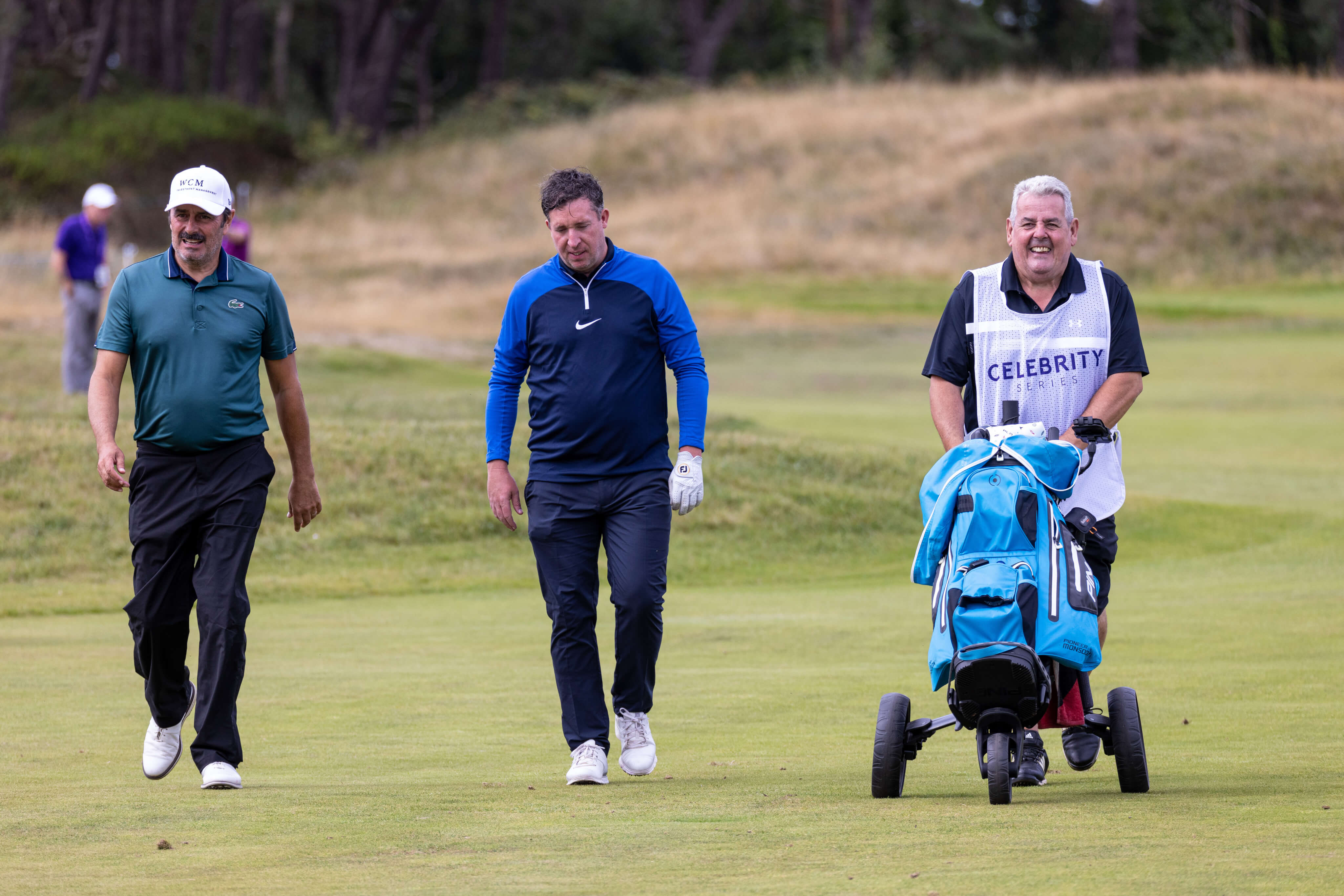 Fowler who won the event for the second-year running has already secured his spot in the Celebrity Series Grand Final in the Seychelles at the end of the year after already winning the Jersey Legends Celebrity Series in June.

Damon Hill the former Formula 1 World Champion expressed how much he enjoyed taking part in the Celebrity Series day especially playing alongside one of the sports greats – 1999 Open Championship winner Paul Lawrie.

“It’s such a great course,” Damon said. “I’ve not played this before (Celebrity Series), I’d heard great things about it, and it’s lived up to every expectation and I was with a great crew with Paul Lawrie and some great guys I was playing with as well.

“It is baffling how they do what they do, it’s a kind of magic trick they do. I watch it on TV and I love watching golf on TV, but to stand there and actually see them do it, because you can hear it, it’s visceral, it’s more kind of in touch, so just total admiration for what they do.”

Destination Seychelles is where the Legends Tour will be heading at the end of the year with The MCB Tour Championship – Seychelles being played at Constance Lemuria, Praslin, Seychelles on December 2 – 4, 2022 with the Celebrity Series Grand Final taking part on Thursday 1st of December.

Hill booked his spot in the Seychelles, finishing on 42 stableford points, equalling Fowler’s score and admits that being able to compete in the Celebrity Series Grand Final with the opportunity to raise money for his charity is extraordinary.

“It’s great,” he said. “Especially when I tell my wife which I haven’t done yet, so she’s going to be very excited about that. There’s an opportunity to win some money for our charity Halow for young people with learning disabilities so honestly, if I can play golf and help other people then how good can it get. I mean, that’s just insane.”

CLICK HERE to follow the live scores and to stay up to date with everything Legends Tour.

About the Legends Tour

Formerly known as the European Seniors Tour and the Staysure Tour, the Legends Tour is the men’s professional golf tour for members aged 50 and older. Five years after the first edition of The Senior Open, won by Neil Coles in 1987, more than 60 professionals called for a formally structured Tour, which was then created in 1992. Many of the pioneering champions who played on the European Tour during the 1970s, 80s and 90s make up the Legends Tour’s active membership.

In September 2020, Ryan Howsam, Staysure Group CEO, acquired a majority equity share in the Tour in a ground-breaking joint venture with the European Tour, a unique structure whereby an individual has the majority ownership in a professional tour.

Colin Montgomerie, Sam Torrance and Woosnam are among the winners of the John Jacobs Trophy, which is awarded to the golfer who finishes first on the Legends Tour Order of Merit presented by Rolex each season.

The Legends Tour provides unmatched playing experiences for amateur golfers at its Alliance Series and Celebrity Series events. These experiences provide golfers with unique once-in-a-lifetime opportunities to rub shoulders with and play alongside legends of the game at competitive events hosted at world-class golfing destinations.

The Legends Tour supports the European Tour in ‘Driving Golf Further’ through the guiding principles of being innovative, inclusive and global.

To be kept up to date with all tournament and breaking news, along with key announcements from the Legends Tour, sign up to join our press database here.

What is Destination Seychelles?

The Seychelles is the host nation for the season-ending Legends Tour event and is the ideal destination for anyone wanting to soak up in the luxury that the Indian Ocean has in store.

By having the Celebrity Series Grand Final as part of the Legends Tour it will highlight that luxury but will also give the opportunity for celebrities to compete for their respective charities and support some great causes along the way, and with £100,000 up for grabs it will be all to play for.

With the support of The Seychelles Ministry of Tourism, Constance Hotels & Resorts and Mauritius Commercial Bank, the Destination Seychelles initiative will make this dream become a reality.