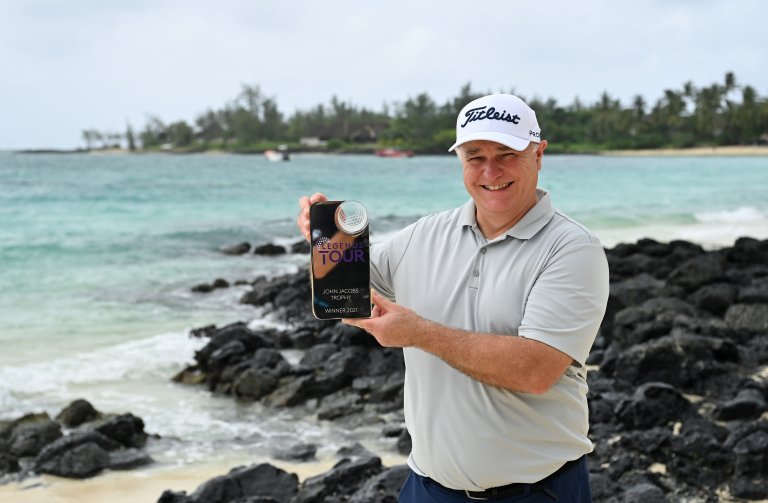 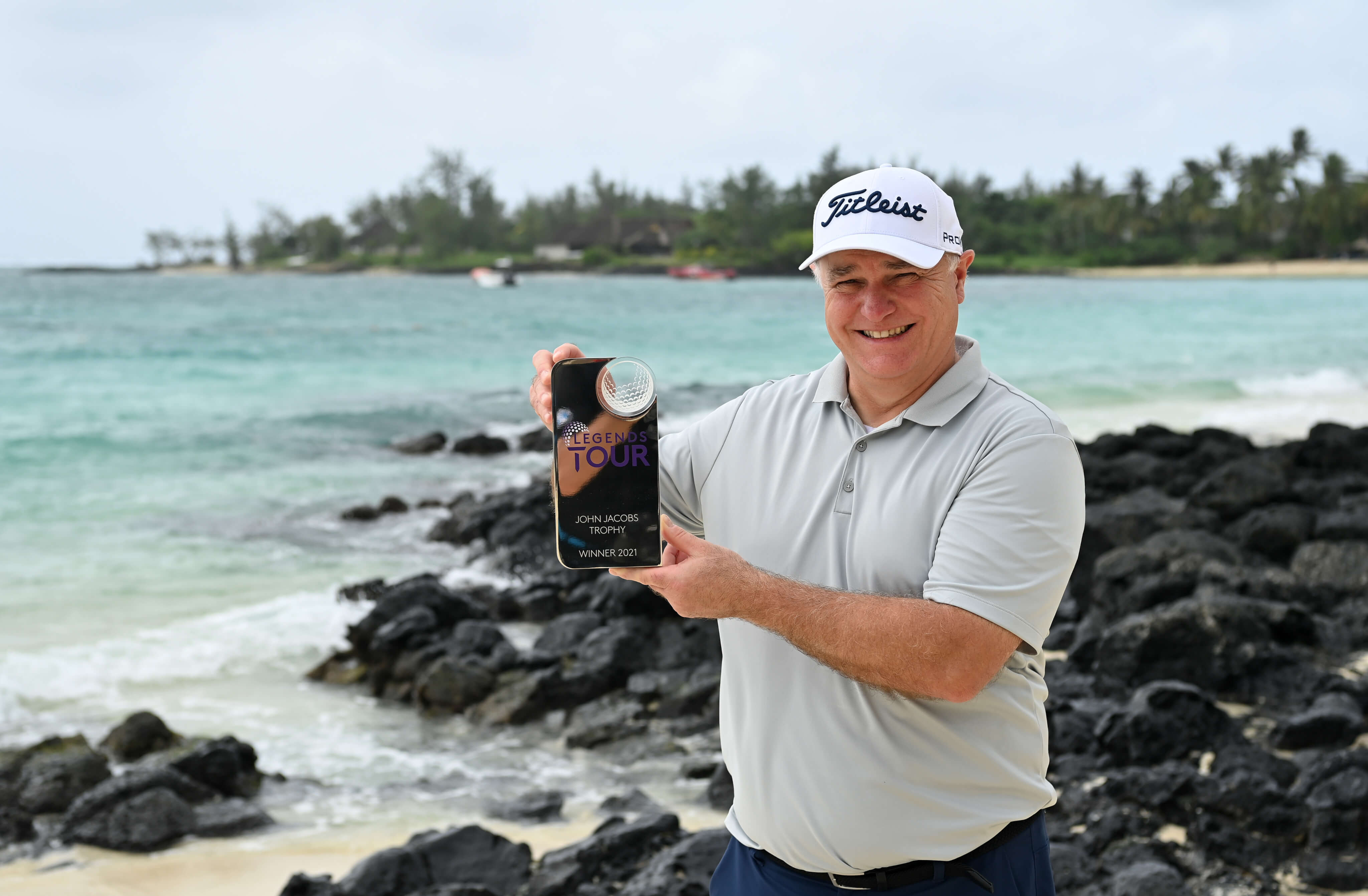 Stephen Dodd won the John Jacobs Trophy for the first time after topping the Legends Tour Order of Merit at the conclusion of the 2021 season.

The three-time European Tour winner secured The Senior Open presented by Rolex in July after making birdie on the 72nd hole at Sunningdale Golf Club.

The Welshman was tied with Spain’s Miguel Ángel Jiménez with one hole remaining but played a sublime approach shot to ten feet before rolling in the birdie putt for a two under par round of 68 to reach 13 under par and finish one stroke clear of the Spaniard.

After the MCB Tour Championship – Mauritius was cancelled due to adverse weather conditions Dodd remained in top spot on 1830 points ahead of Thomas Levet of France in second on 1435 points and Austria’s Markus Brier on 1379 in third position.

“It feels great,” he said. “When I turned 50 five or six years ago it was a goal of mine to win the Order of Merit, so it was nice to have achieved that.

“I was pleasantly surprised having not played much golf with Covid, I played very little running up to Sunningdale for 18 months and I was probably just as surprised as the next person that I had achieved what I did, but clearly excited at the same time.

“I went into the week with no expectations, I hadn’t played, I played a little bit back at home but competitively I hadn’t played so I had no expectations going in so of course it was a just week where I had no pressure on me, I felt that anyway and I had nothing to lose and I just wanted to go out and do the best I could and fortunately for me it all came good.

“I just remember that I had a chance to win, and I just wanted to give myself the best opportunity I think because you never know as players when these things come along, if it ever does come along and I just tried to grasp it and that’s what I did.”

Dodd also recorded two top ten finishes at the Farmfoods European Senior Masters hosted by Peter Baker and also at the Senior Italian Open in November and the 55 year-old will be looking to replicate his success moving into the action-packed 2022 season.

The 2022 Legends Tour season begins next month for the Riegler & Partner Legends at Golf Club Murhof, in Frohnleiten, Austria from May 6 – 8.