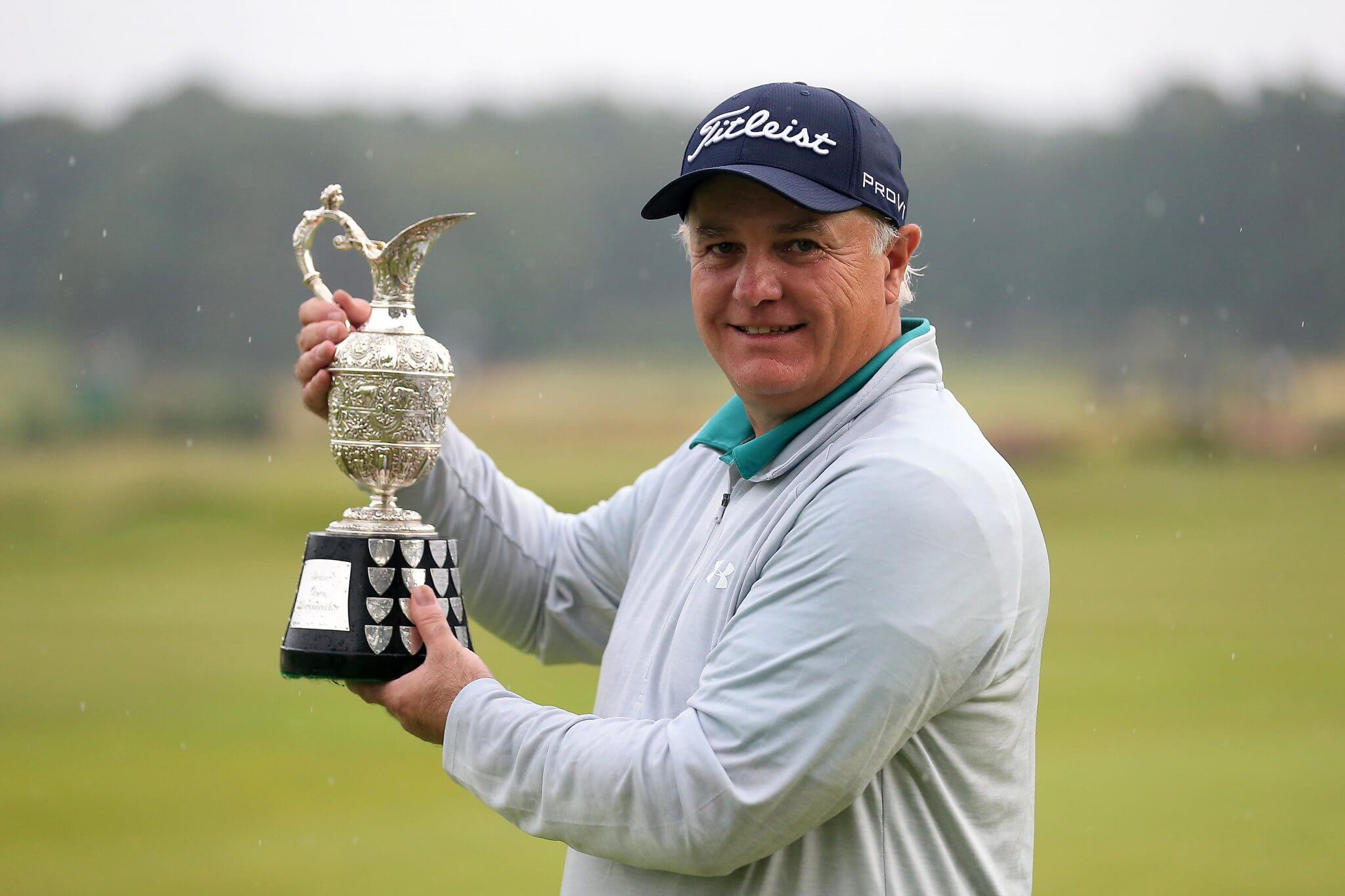 The Welshman was tied with Spain’s Miguel Ángel Jiménez with one hole remaining but played a sublime approach shot to ten feet before rolling in the birdie putt for a two under par round of 68 to reach 13 under par and finish one stroke clear of the Spaniard.

The 55-year-old’s victory is his fourth since turning 50 and, despite not playing much competitive golf in the last 18 months, picked up the biggest win of his career to date in Berkshire.

“I’m not sure it’s sunk in yet,” he said. “It’s been quite a tough day. Wasn’t playing great. So I’m sure on the drive home I’m reflect on it all and I’ll be a very happy person when I get back home later tonight.

“This could be the only chance I get to win, so tried my best to hole it. Thankfully for me it went in, so it was a nice way to finish for me.

“Just wanted to try and enjoy it. I said yesterday I’ve not played any competitive golf – well, one tournament in 18 or 19 months, so there’s no real competitive golf behind me, so I didn’t know what to expect this week, and even today, I didn’t play great today, like a few of the previous days, so I just ground it out and made a few silly mistakes and made up with a couple decent shots and some putts.”

Dodd showed a supreme display of frontrunning as he headed into the final round with a two-stroke lead after tying both the course record and the lowest round in Senior Open history with an eight under par 62 on Saturday. He started the final round by birdieing the first to settle any pre-round nerves, before bouncing back from a bogey at the eighth with a birdie at the ninth to make the turn at one under par, and it was the same story coming home.

The 55-year-old responded to his second bogey of the day at the par three 13th with a birdie on the par five 14th, before his closing birdie secured a memorable victory and also earned Dodd an exemption into The 150th Open at St Andrews in 2022.

“I think it was important, because one bogey quite easily leads to two or three and I didn’t let that happen today,” he said. “So I think I deserve a bit of a pat on the back for that.

“I did some good work on Monday with my coach, Denis Pugh, but it kind of gradually got a bit worse as the week went on. Expectation-wise, I didn’t really have any expectations, because as I said, I played so little competitive golf that I just wanted to play well and just do myself a bit of justice, and I think I’ve done a bit more than that, luckily.

“As I said the course was fabulous and it was a very, very fair test of golf. If we played well, we could score; if we hit it on line, there was danger all over the place, even just on short 320-yard holes, there was so much danger. It was a very strategic course and course management was needed.”

Jiménez, the 2018 champion, posted a five under par round of 65 to finish second on 12 under par, with Northern Irishman Darren Clarke third on 11 under par. Defending champion Bernhard Langer threatened to make a late charge for a fifth Senior Open triumph, but a bogey on the 17th hole ended his hopes as he finished fourth on nine under par. England’s Paul Broadhurst, who won on his Senior Open debut in 2016, completed the top five on eight under par after a final round of 69, one under par.

The Senior Open Presented by Rolex will return in 2022, with Gleneagles providing the setting for the first time from July 21-24.