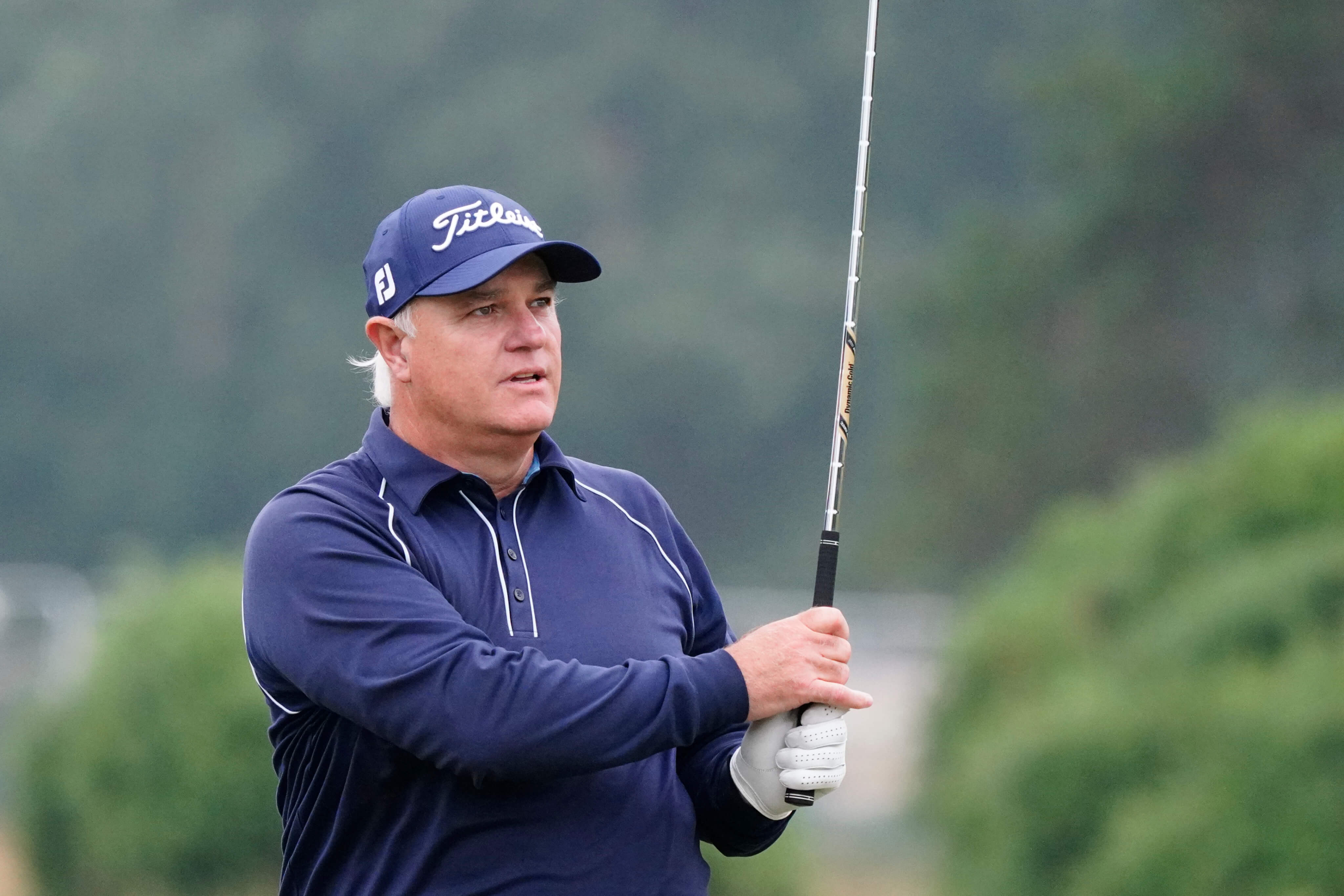 Stephen Dodd posted an eight under par round of 62 to tie the lowest round in the history of The Senior Open Presented by Rolex and head into the final round with a two-stroke lead at Sunningdale Golf Club.

Dodd’s history equalling round sees him join South African Harold Henning and American Jim Colbert, who both posted eight under par rounds of 62 at Turnberry Resort in 1990 and 2003, respectively. The 55-year-old also tied Sunningdale’s Old Course record which was set by Sir Nick Faldo at the 1986 European Open and tied by Shane Lowry in 2010 Open Qualifying.

“The weather is just great,” said Dodd. “The course is just set so well and so fair. And I think, if you play well, then there’s chances out there. Luckily today for me, I got something in.

“After yesterday, I wasn’t really sure what was going to happen today because it was pretty poor yesterday. So good night’s sleep, I suppose I got lucky once or twice early on. They weren’t very good shots, but it went close, and I started to hit some good shots in the back nine.

“I’ve played so little competitive golf over the last 18 months, I’ve played one event, so I’m not really sure what will happen. With a little luck, you never know.”

What a day for Stephen Dodd!

He ties the course record of 62 ✍️#SeniorOpen

The Welshman leads on 11 under par after a scintillating third round of nine birdies and just a single dropped shot, with American Jerry Kelly his nearest challenger on nine under par following a two under par third round of 68 in Berkshire.

“I’m still in the tournament,” said Kelly. “So, you know, a good one tomorrow, you don’t worry about today. So that’s kind of the mindset. I’m in the Peloton, chase group one.”

There is a star-studded chasing pack at Sunningdale, with 2011 Open Champion Darren Clarke in third place on eight under par, one stroke clear of a trio of past Senior Open winners in Miguel Ángel Jiménez, Paul Broadhurst and defending champion Bernhard Langer.

South Africa’s Ernie Els sits five shots off the lead in seventh place on six under par and still with a chance of picking up his first Senior Major Championship to add to his two Claret Jugs and two U.S. Open titles.

The final round of The Senior Open Presented by Rolex will begin at 7:10am local time, with Dodd and Kelly teeing it up together in the final group at 13:50pm.