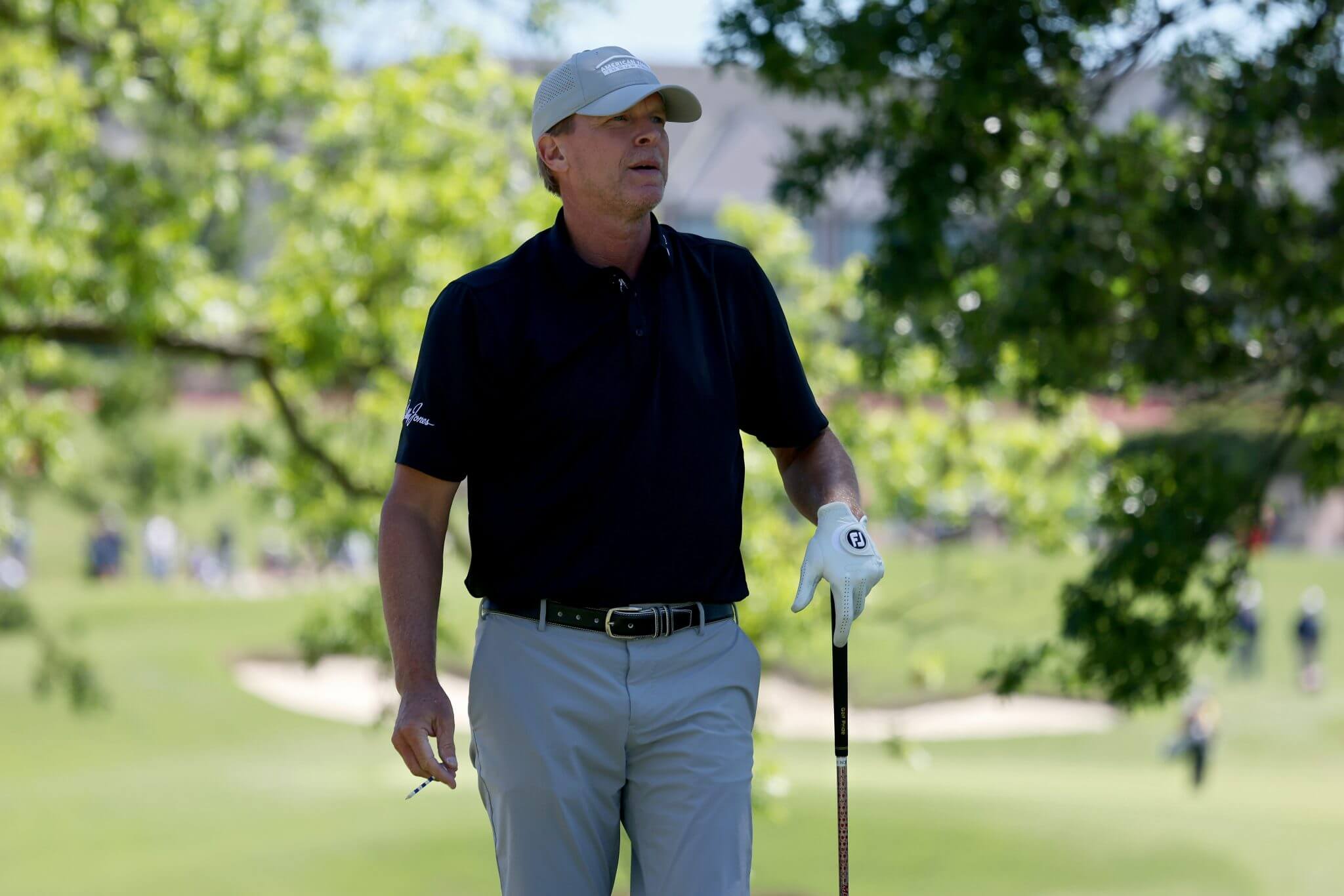 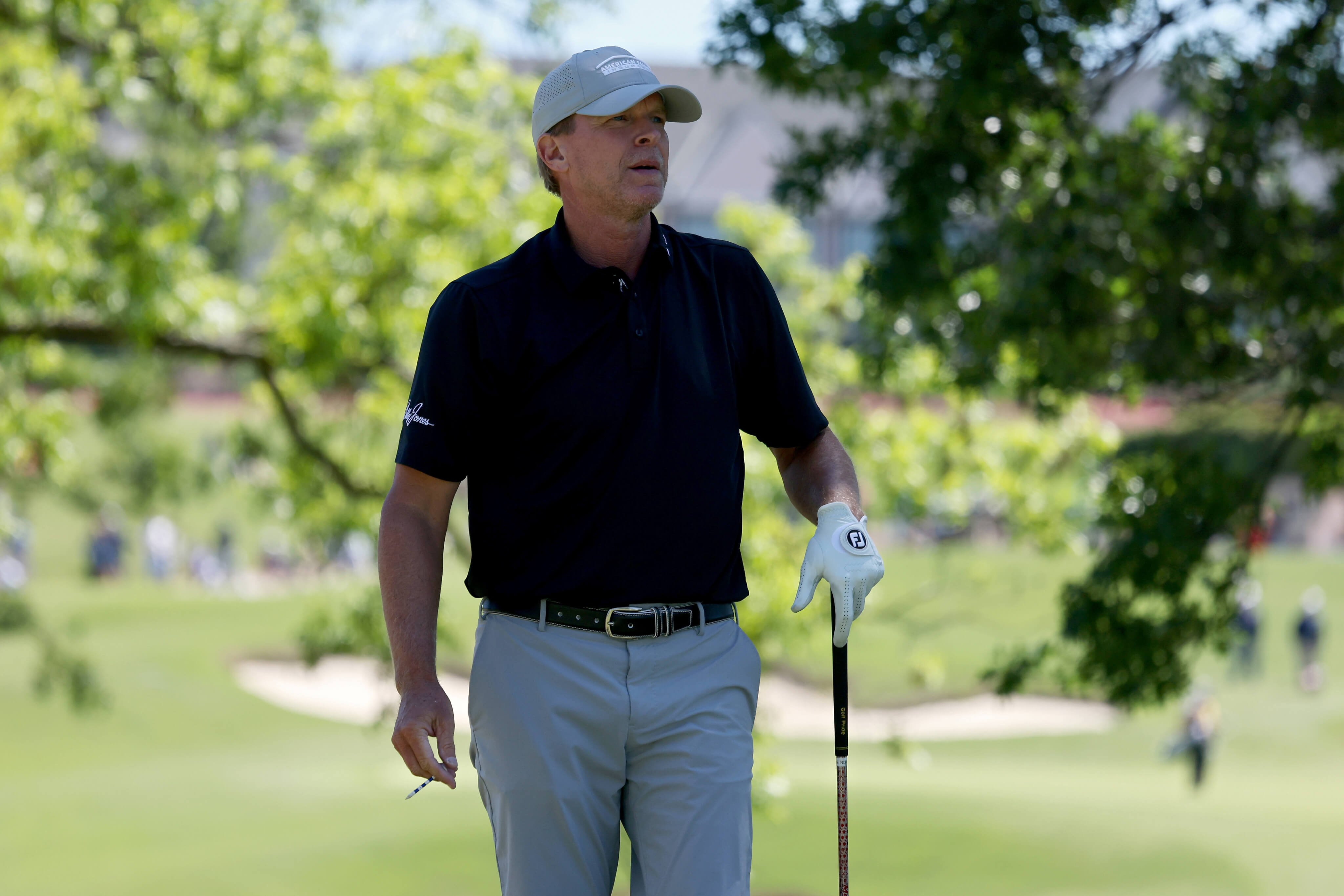 Steve Stricker will take a one-shot lead into the final day of the KitchenAid Senior PGA Championship.

Stricker’s round of the day

Steve Stricker produced a brilliant three under par round of 67 on moving day to take a one-shot lead into the final round of the KitchenAid Senior PGA Championship. Stricker made three consecutive birdies on the front nine to motor up the leaderboard and went on to produce the shot of the day, holing a bunker shot on the 16th to sign for his fifth birdie of the round.

Alex Cejka produced a round of 68 and finished the day one-shot off leader Steve Stricker. The German beat Stricker in a play-off earlier this month to secure his first senior Major title, the Regions Tradition and will be hoping to add a second on Sunday. The four-time European Tour winner bogeyed his first two holes but was able to bounce back with four birdies to close out his round in style.

Only six golfers managed to break par on a challenging Saturday at the KitchenAid Senior PGA Championship, one of them being Legend’s Tour member Cejka, who went two under on moving day and currently sits in outright second. On a challenging day at Southern Hills, Spaniard Miguel Angel Jiménez and Swede Joakim Haeggman carded  one over par for rounds of 71 each, whilst Austria’s Markus Brier was  two over for the day and signed for a 72.