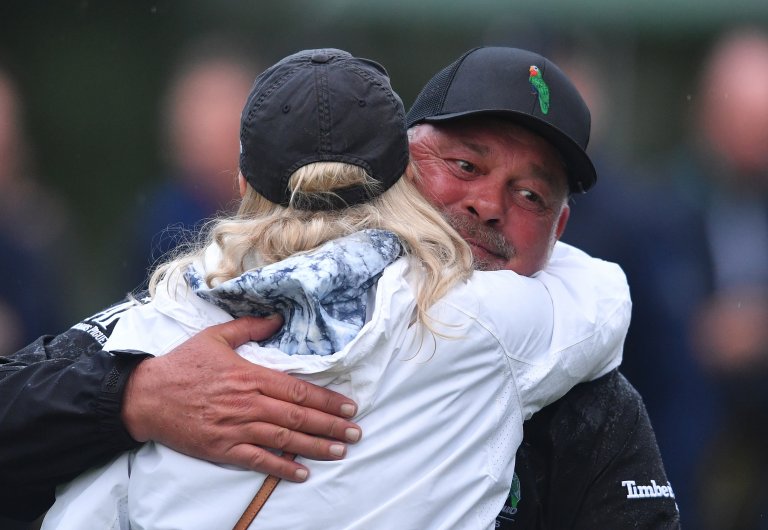 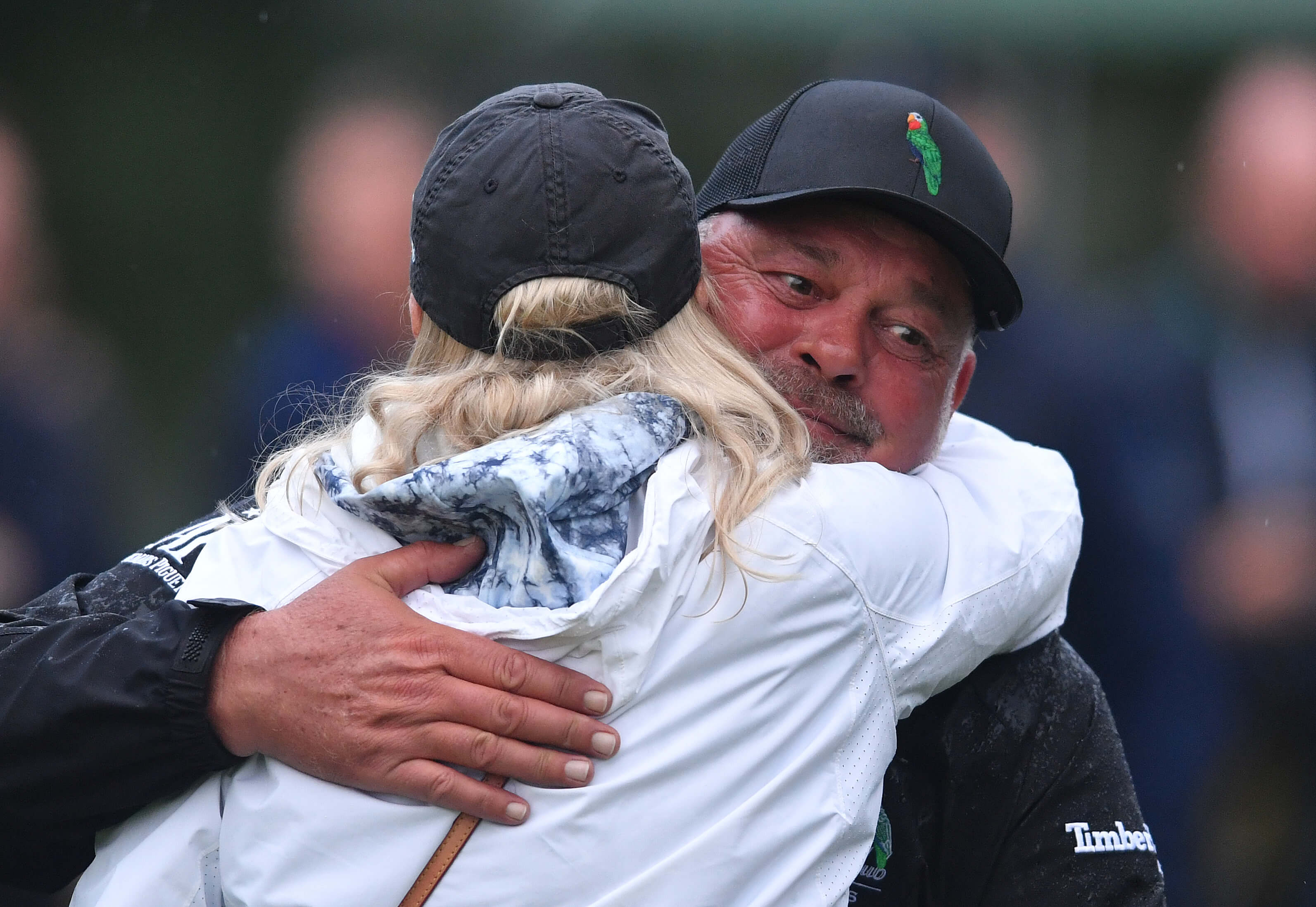 Darren Clarke won The Senior Open Presented by Rolex as a birdie on the last handed him a maiden Senior Major Championship on a dramatic day at Gleneagles.

The Northern Irishman entered the final day in a share of the lead and was still on top when torrential rain caused a near two-hour delay in Scotland.

Upon the resumption, the chasing pack made a flurry of birdies, with Pádraig Harrington making gains on the 17th and 18th as he came home in 30 to join Clarke at nine under and set the clubhouse target at the King’s Course.

Clarke stood on the 18th tee knowing a birdie would make him just the fourth man to do The Senior Open and Open double and he two-putted from a long way off the green at the par five to get to ten under and win by one.

Clarke now joins Bob Charles, Gary Player and Tom Watson as a winner of The Claret Jug and The Senior Open.

“I’ve made no secret of the fact that I wanted to win this more than anything,” he said. “From when I turned 50, this is the one I wanted to win, so I could set it beside the other one. It’s a pretty good feeling right now.

“Fulfilling your dreams is a very lucky thing and I’ve been able to do it a few times in my career.”

He added: “When I won some of my biggest tournaments – The Open, WGCs – I had a sense of calmness. I don’t know where it comes from because if I’d been able to grab a hold of it a few more times in my career, I probably would have won a few more times.

“But this week, I had that calmness again. I think it comes from being accepting, knowing that I hit some poor shots now and again.

From when I turned 50, this is the one I wanted to win, so I could set it beside the other one. It’s a pretty good feeling right now

“I’m not going to hole that many putts or whatever. And when you’re accepting, it’s easier just to amble along and accept the outcome.”

Clarke parred his first nine holes but a poor second shot on the tenth got him into trouble and when he missed a short putt to fail to get up-and-down from the sand, he was at eight under and in a four-way tie for the lead.

Barron and Molina then set the clubhouse target as they both carded rounds of 65 but Clarke reclaimed the solo lead as he put an approach to 15 feet on the 12th.

There was drama to come, however, as the heavens opened as he stood on the 14th tee and, with the ground already saturated by earlier downpours, the hooter sounded at 5.57pm before he could take his second shot.

When play resumed an hour and 58 minutes later, Clarke parred the 14th, 15th, 16th and 17th and that left the door open for Harrington to pile on the pressure.

The U.S. Senior Open Champion had looked out of it when he bogeyed the seventh and made a double on the ninth but he came roaring back with birdies on the tenth, 12th, 14th and 15th before the suspension.

He then put a brilliant approach to five feet on the 17th and made a two-putt birdie on the last to set the target before Clarke produced his big finish.

Els made three birdies and a bogey in his 68, while Jaidee made five birdies and three bogeys in recording the same score.

Alker signed for a 70 and Broadhurst was left to rue three three-putts in a 71.

Montgomerie signed for a 69 to finish one shot ahead of fellow Scot Paul Lawrie and another Major Champion in Y.E. Yang.