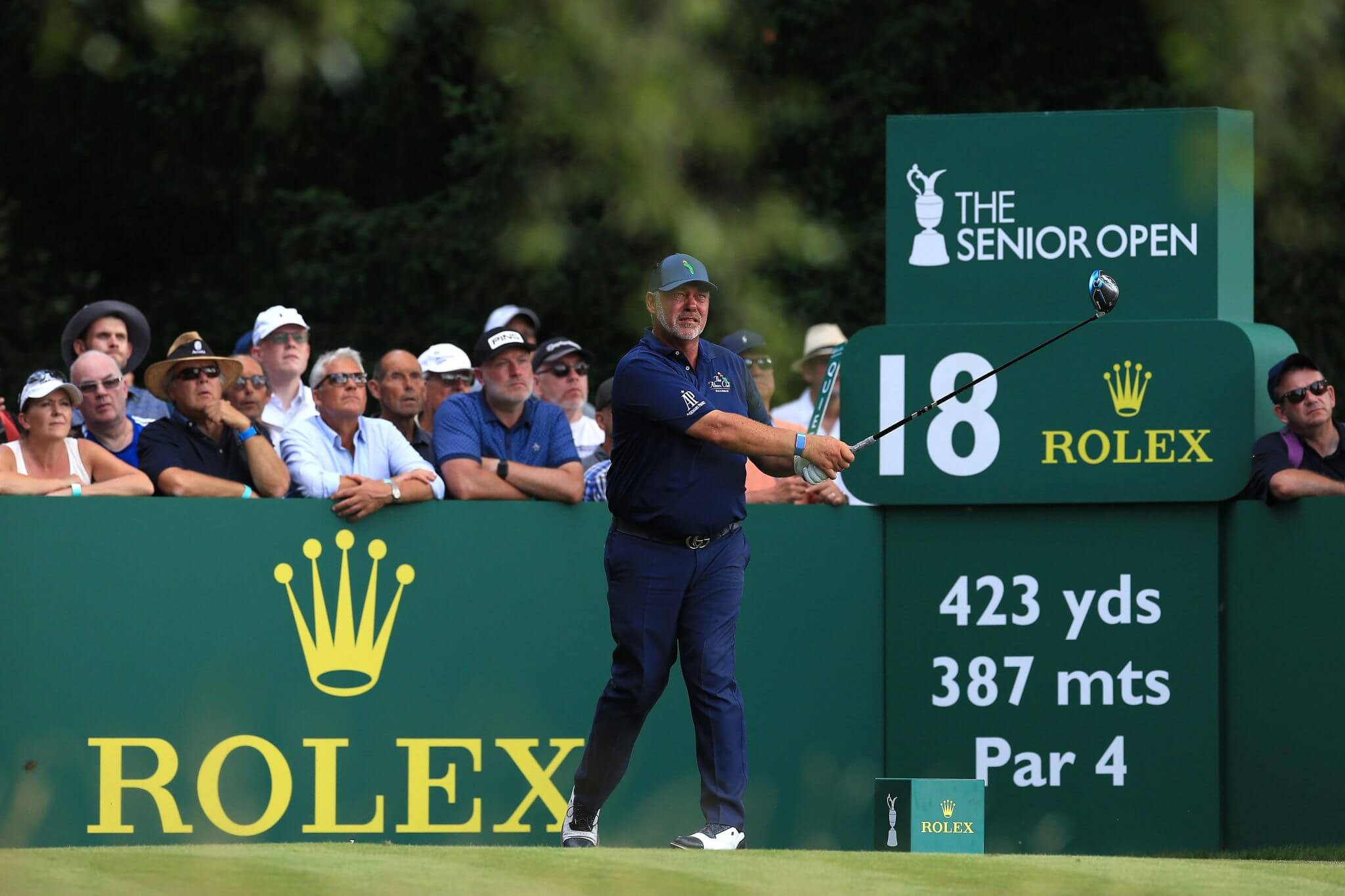 Darren Clarke and James Kingston share the first round lead at The Senior Open Presented by Rolex after posting five under par rounds of 65 on a sun-baked opening day at Sunningdale Golf Club.

Northern Irishman Clarke is bidding for his first Senior Major Championship and the 2011 Open Champion got off to an excellent start on day one, posting just a single bogey to share a one-stroke lead alongside Kingston, with defending champion Bernhard Langer one shot back in a three-way tie for third place with Argentina’s Ricardo Gonzalez and Welshman Stephen Dodd.

Clarke started well with four birdies on the front nine to make the turn in 31, before responding to his only dropped shot of the day at the par four 12th hole with back-to-back birdies and 2016 Ryder Cup Captain highlighted the need to play smart round Sunningdale’s Old Course, which can punish just the slightest mistake.

“And I played smart around here. I hit away from the flags to the middle of the greens and gave myself some chances, and kept giving myself chances there in the last few holes. Didn’t make anything at the end but just played smart. I think the winner is going to have to play smart this week.”

South Africa’s Kingston, who was recently hospitalised with Covid-19, admits he was not able to prepare as he would have lived for this week’s Championship, but was buoyed by winning the WINSTONgolf Senior Open Invitational in Germany last week.

“I feel like I’ve been a little unprepared,” Kingston said. “I was down with COVID and in hospital or whatever, so I don’t think my preparation coming into this week is exactly what I would have liked. But when you get to a place like this and you like the golf course, it seems to just sneak into your game, and I love what I see out there.

“You keep looking at the scenery, those purple flowers with the green, and all the stripes in the fairways, it’s just a beautiful golf course. It’s one of the most prettiest golf courses I think I’ve ever played.”

Four-time Major Champion Ernie Els is one of eight players in a tie for sixth on three under par, alongside 2002 Ryder Cup player Phillip Price, of Wales, Australian debutant Robert Allenby and English amateur John Kemp.

Four Ryder Cup Captains are among a group of ten players who share 14th place, with Thomas Bjørn, Tom Lehman, Colin Montgomerie and Ian Woosnam all posting two under par opening rounds of 68.