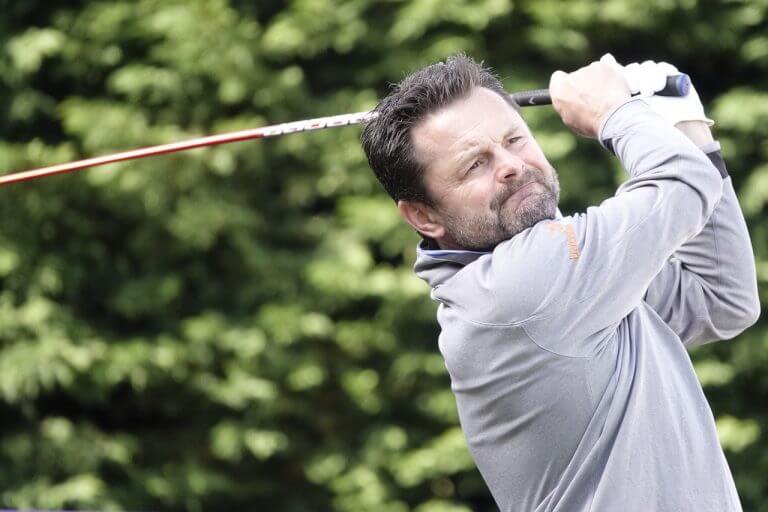 Hollins earned 46 stableford points at Formby Golf Club to win the first event of the series and book his place in the Celebrity Series Grand Final in the Indian Ocean at the end of the year.

The individual competition was played alongside the Celebrity Team competition, where stars of sport and screen joined Legends Tour players in a stableford team event.

Spectators flocked through the gates at Formby Golf Club to watch the stars in action, and tickets are still available now to watch the Alliance Pro-Am over the weekend.

Two professionals will be joined by one amateur for the next three days and tickets start at £15 for adults and £10 for concessions (over 50s) for each day of the tournament. Under 16s will be admitted free of charge and car parking is priced at £5 per car. Spectators who intend to drive to the event must park at Formby Hall (L37 0AB) where there will be a park and ride service. Spectators without advance parking tickets can purchase their car parking pass and entrance tickets on arrival at the welcome pavilion at Formby Golf Club.

Tickets can be purchased by visiting https://staysurepgaseniors2021.eventbrite.co.uk or by purchasing on the day of the event. Please note, tickets are limited and payments must be made by card only.