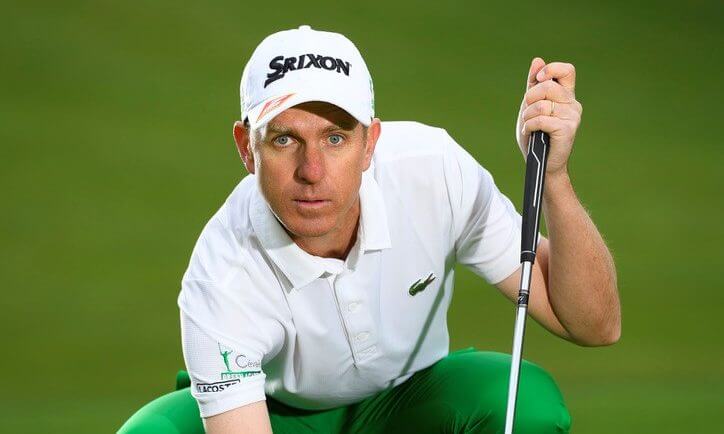 Cévaër eyes up a strong start on his Legends Tour debut

Christian Cévaër is hoping to make a solid start to his Legends Tour career at the Farmfoods European Legends Links Championship hosted by Ian Woosnam at Trevose Golf & Country Club, England from June 18 – 20.

The Frenchman won twice on the European Tour, firstly at the Canarias Open de Espana in 2004 before triumphing five years later at the European Open and he explained his excitement at making his Legends Tour bow this season after many years in the professional game.

“It feels great and exciting,” he said. “Obviously it’s been a long wait because I was supposed to be starting last year. Things turned out differently but finally, we are here, so I am very much looking forward to it.”

The 51-year-old has many fond memories of playing on links courses and will be hoping to bring all his knowledge to the table as he embarks on his Legends Tour journey, starting this week at Trevose Golf & Country Club.

“It’s been a while since I’ve been pushing that little white ball around the course,” he said. “I’ve always enjoyed the links, I’ve got a lot of fond memories from an early age, and I believe my first amateur international would have been the Scottish Junior, which was my first selection for the French team.

“I then played many times in Europe when I was an amateur, rather than the professional ranks because it doesn’t happen as often, but I had the wonderful experience of winning the British Youth Championship at Royal Aberdeen which I am excited about as we are going back there later on the Legends Tour.

“Sitting on the terrace here, it really seems like a true links course, as always your main challenge has to be the wind. It’s almost abnormal if you don’t get any wind, so that’s definitely one thing and another would be that it is the type of golf that you play mostly with the land. The ball tends to bounce differently as well so obviously the links game consists of making sure you avoid the deep bunkers so it is definitely more of a strategical game than people may think.”

The Frenchman has recently been focusing on the coaching aspect of the game, however is looking forward to the challenge of playing competitive golf again.

“As golfers we love competition, it’s in our blood,” he said.

“Since I retired from the European Tour I have enjoyed a few spells of TV commentating and entertainment on corporate golf days. However, my main activity has been coaching which has been a lot of fun which consists of coaching youngsters but also a whole range of ages as I’ve not wanted to specialise in anything particular as I really enjoy the variety.

“I am attached to Saint-Cloud Golf Club which is the Wentworth or Sunningdale of Paris which is a wonderful private club with a view of the Eiffel Tower. About four years ago I was invited to open an academy under my name in Saint Malo Golf Resort, so I go there once a month and was fortunate enough thanks to the reputation I have had throughout my career to focus on the short game which has kept me occupied a great deal.”

Cévaër explains his confidence coming into the tournament in England this week after making sure his preparation has been up to scratch.

“I am relatively confident in terms of my preparation for the tournament,” he said. “You obviously want to give yourself enough observation time for the first few events. I hope to find myself golf fit as soon as possible, immediately if I can. My aim is to win and hopefully be in contention soon. I have the example of fellow French players Thomas Levet and Jean-François Remésy when they have come on this Tour, they have been competing straight away, so that is definitely my aim and we’ll take it from there.”

The two-time European Tour winner will have his son, Damien, caddying for him this week and admits that it will help his game enormously as he makes his debut on Friday.

“It will help tremendously,” he said. “He doesn’t have too much experience of playing on a links course, but he is a good stick himself, he has a negative handicap and he just finished second in the Grand Prix so I know I’ve got another good second mind to help me manage the course as much as possible.

“I am the one hitting the ball so he cannot do anything with that, but what could you wish for more, having your own son caddying. It’s wonderful, its beautiful.”