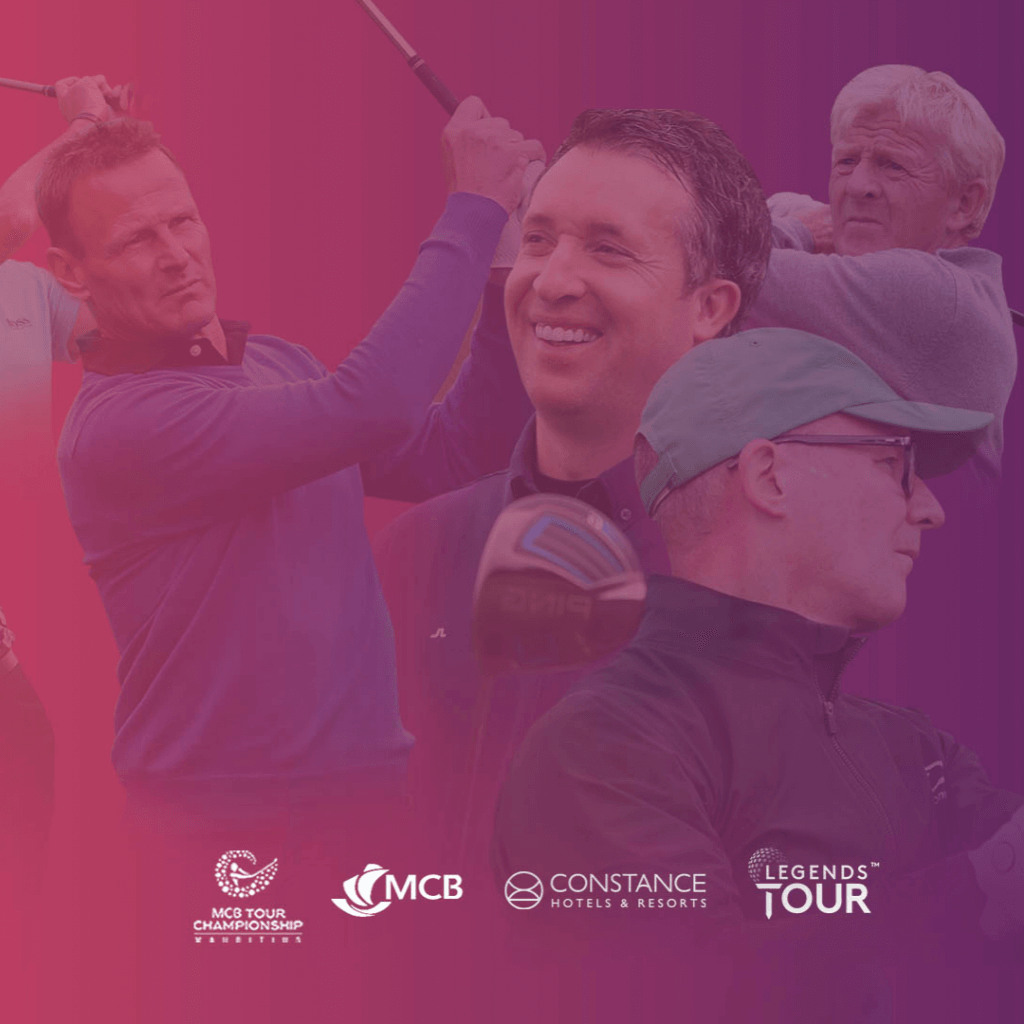 Tomorrow, Tuesday 29 March 2021, the inaugural Celebrity Series Grand Final at the MCB Tour Championship – Mauritius will be played, featuring eight of the biggest celebrity personalities from sports, entertainment, and media.

Our celebrity finalists will compete for a prize fund of £100,000 for their chosen charities, with the winner receiving £27,500. The Grand Final takes place on Tuesday 29 March 2022 at Constance Belle Mare Plage, Mauritius.

The field will include broadcast journalist and television presenter Dan Walker, who was one of the stars of the 2021 series of Strictly Come Dancing. He will be joined by fellow television presenter Georgie Bingham who is the current host for the Legends Tour and 365 Radio.

Former Manchester United and Tottenham Hotspur star Teddy Sheringham will also be competing in Mauritius along with Liverpool Football Club legend Robbie Fowler who was the winner of the Celebrity Series event at Formby Golf Club in 2021. The former Liverpool man said: “I cannot wait for the Celebrity Series Grand Final in Mauritius; it is going to be a brilliant event. I have great memories of playing at Formby last year with the Legends Tour and I am looking forward to competing in the Indian Ocean this time round – and most importantly it is for a great cause with all prize fund winnings going to charity!”

Former Scotland and British Lions captain Gavin Hastings will also tee it up in Mauritius this March having won the Scottish Senior Open Celebrity Series at Royal Aberdeen in September 2021 and very much looks forward to competing again.

Scottish football manager Gordon Strachan will also tee it up in Mauritius along with Irish Gaelic football manager Jim Gavin, who was winner of the Irish Legends Celebrity Series in August.

Boyzlife singer Keith Duffy said, “I am delighted to be playing in such a prestigious event especially with it being in Mauritius. My ‘Old School Tour’ with Boyzlife starts in September so it was perfect timing for me to play alongside other celebrities and watch the Legends in action.”

Designed by Tomasz Donocik. Commissioned by the Legends Tour, the Celebrity Series Grand Final trophy stands at 14 inches tall and is crafted in Sterling Silver, Bronze and Malachite. The key criteria for the trophy was to create something that was unique, timeless and contemporary as well as being precious. The dramatic swirl design emulates the ‘Golfers Swing’. Malachite was the natural stone of choice, to depict the luscious greens and fairways featured on the Legends Tour including Formby, Scotland, Ireland, Italy and Mauritius.

Follow the MCB Tour Championship, the final event of the 2021 Legends Tour season, right here at LegendsTour.com, from 1-3 April 2022.

You can join our celebrities at one of the Legends Tour’s Celebrity Series events in 2022 where amateur golfers have the opportunity to play with a celebrity and a Legends Tour player. Find out more HERE.