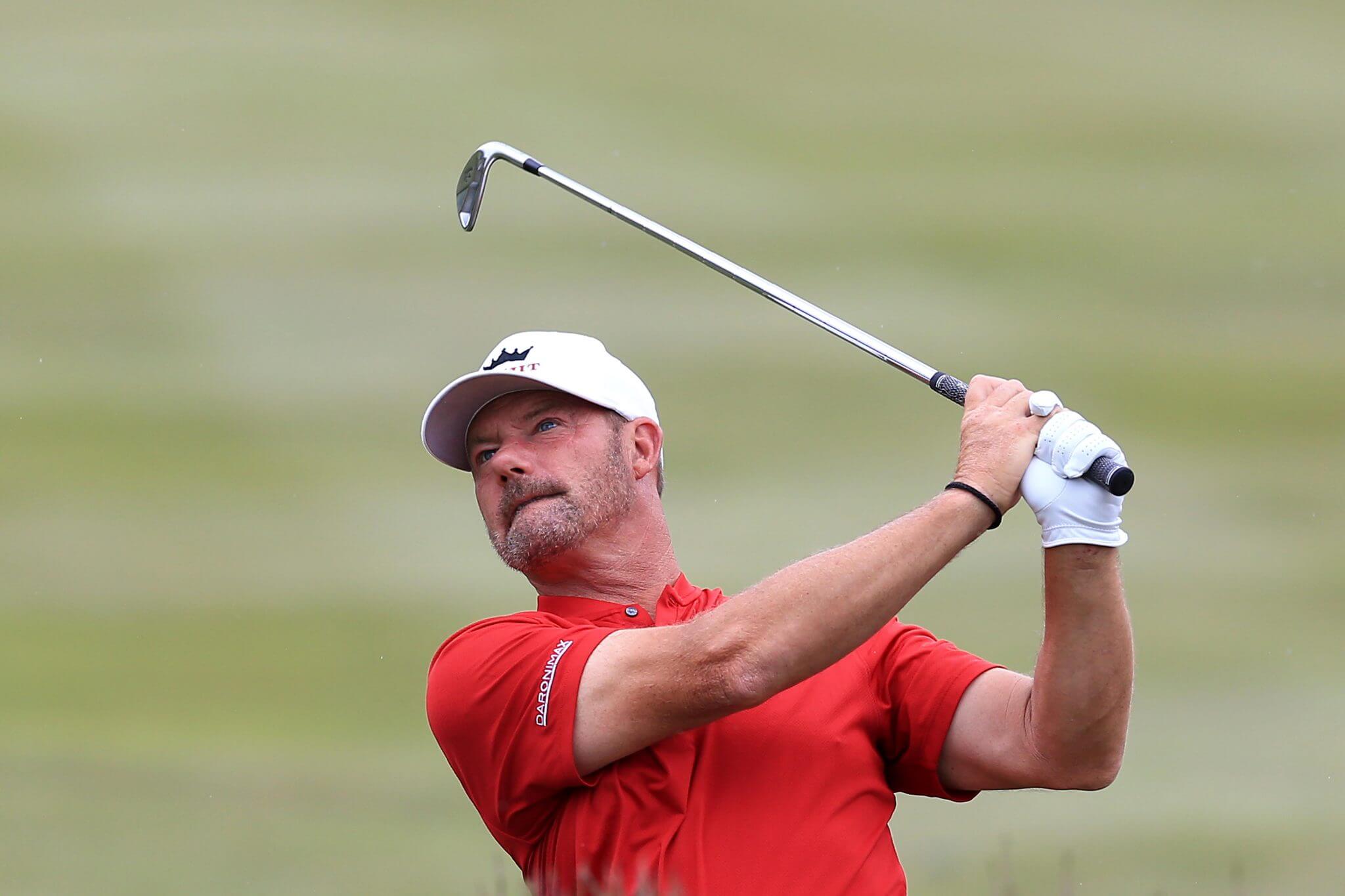 Legends Tour Order of Merit leader Alex Čejka is excited for the test of links golf as he prepares to tee it up at Formby Golf Club in the Staysure PGA Seniors Championship.

The German has enjoyed an outstanding start to his over-50s career, winning both the Regions Tradition and the KitchenAid Senior PGA Championship in the United States, with the latter catapulting him to the top of the Order of Merit.

Čejka, a four-time winner on the European Tour, finished in a tie for 18th place on his first start in Europe at The Senior Open Presented by Rolex last week, and arrives at Formby Golf Club with an opportunity to tighten his grip on the John Jacobs Trophy, which is awarded to the Order of Merit winner at the end of the year.

“It was different,” he said. “I played a practice round yesterday with perfect conditions, warm weather, no wind and it was a challenging course. You’ve got to use your head and play smart on this golf course.

“Today was a totally different scene. It’s a lot colder with strong winds and the holes into the wind, it’s tricky. The fairways are very narrow. You’ve really got to drive it well and avoid the bunkers. It’s tricky.

“It’s in great shape. It’s completely different golf to what you’re used to. You’re used to playing for a number but here you have to bounce it 20 yards short of the green. I’m still not comfortable with it, because I’m not used to it anymore, but it’s going to be a good test. It’s a good test and you’ve got to hit good shots on every hole.”

Reigning John Jacobs Trophy winner Phillip Price will defend the title he won at London Golf Club in 2019 this week, and he’s joined in the field by Stephen Dodd who picked up his maiden Senior Major Championship at Sunningdale Golf Club last week.

The flagship event on the Legends Tour International Schedule gets under way on Thursday July 29 in the popular Alliance Pro-Am format where two professionals are paired with one amateur during the first three days, before a third round cut takes place and only the professionals go on to compete in the final round.

The opening round of the Staysure PGA Seniors Championship gets under way at 7:30am local time on Thursday July 29, with Čejka joining fellow Senior Major Champion Paul Broadhurst and amateur Ross Snape at 12:00pm.