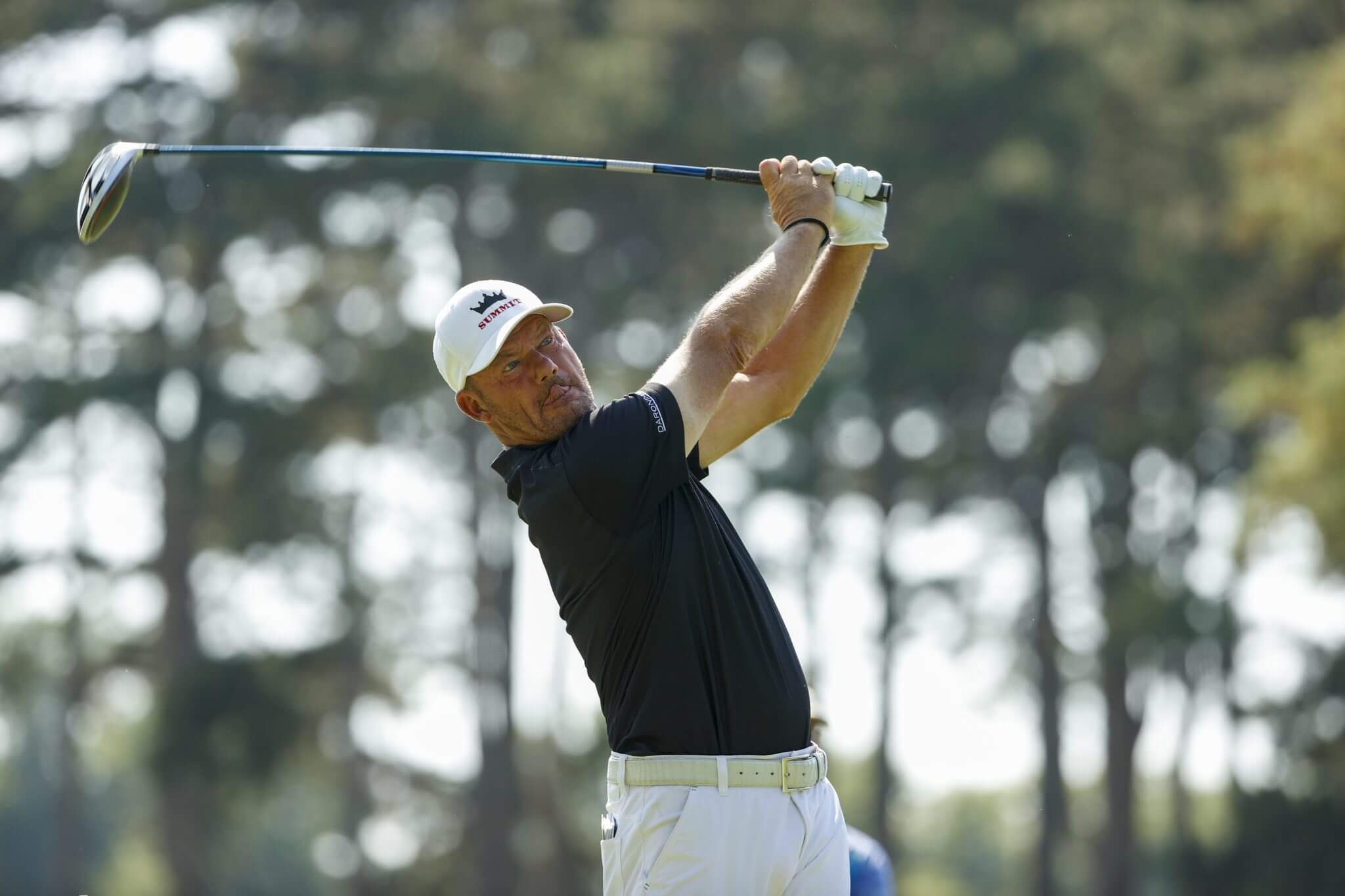 Legends Tour members Alex Cejka and Robert Karlsson, both competing in their first U.S. Senior Open, opened with rounds of three under 67 to share fourth place.

Cejka, who turned 50 in December, is seeking his third senior major title of 2021, having captured the Regions Tradition and the Senior PGA three weeks apart in May. Only Jack Nicklaus (1991) and current Legends Tour member Bernhard Langer (2017) have won three senior major titles in a single season.

Billy Andrade and Stephen Ames posted five under par rounds of 65 to share the Round one lead on Thursday in the 41st U.S. Senior Open Championship at Omaha Country Club.

Andrade shot one of two bogey-free rounds on Thursday, with the other turned in by Wes Short Jr., of Austin, Texas, who opened with a four under 66 and is alone in third place. Andrade, whose best finish in six previous U.S. Senior Open starts is a tie for sixth in 2015 at Del Paso Country Club in Sacramento, Calif., birdied all three par five holes in his afternoon round on the hilly Omaha layout and birdied 16 and 17 to earn a share of the lead with Ames, who had played in the morning.

“It was kind of stress-free,” said Andrade, who won four times on the PGA Tour and has three victories on the PGA Tour Champions. “I hit the ball fairly solid today, kept it in play, didn’t have too many hiccups, didn’t miss too many fairways. Overall ecstatic with my start.”

Another Legends Tour member Miguel Angel Jimenez, a two-time runner-up in five starts in this championship, and Fran Quinn, of Holden, Mass., are tied for sixth place after rounds of 70.