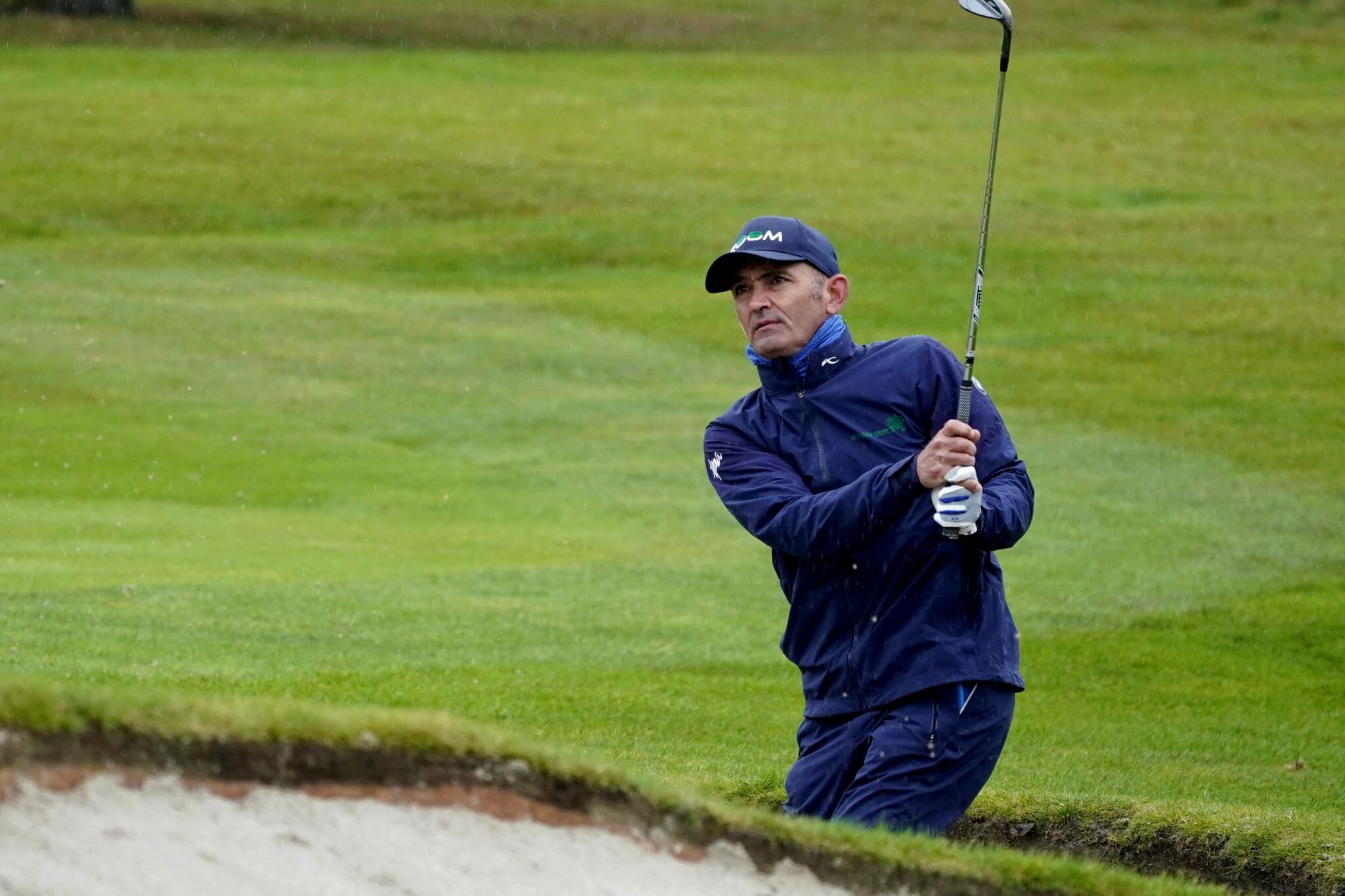 Markus Brier finished the day three under par with ten holes to play as the second round of the Farmfoods European Senior Master hosted by Peter Baker was suspended due to waterlogged greens at the Forest of Arden Marriott Hotel & Country Club.

The two-time European Tour winner, who carded a two under par round of 70 on day one, now sits on a five under total, two shots clear of Argentina’s Rafael Gomez who has four holes of his second round still to play.

The 53-year-old was delighted with how he managed the difficult conditions in Birmingham, adding that his short game was paramount to success around the Forest, with some par fours playing extremely long into the wind.

“I am very pleased with how I played today,” he said. “I holed a few good putts and made some important par saves because holes ten, 11 and 13 played very long and tough. I managed to keep my pars there and then made a very important long putt on 15, played a great approach shot on 16 which meant I was able to get to three under par.

“The par fours played like short par fives today. I tried not to force it too much when I was hitting woods into the greens. On 11 I hit a three-wood as my approach shot and just tried to get it close to the green and fortunately my short game was good. Even though the course was playing tough, it’s important to not overdo it and get into even more trouble.”

Brier has impressed in recent years at the Farmfoods European Senior Masters, with runner-up finishes in his last two appearances and the Austrian will be looking to go one better this year to secure a maiden Legends Tour title.

“I have always played well here,” he said. “Finishing second the last two years, so I am looking forward to it. There’s still nine holes to play in my second round so I need to focus on getting the job done tomorrow.

“Hopefully I can finish round two strongly and start round three in the lead. There will be an early restart tomorrow, but I will just take it as it comes. Fortunately, I am staying on site so I can just relax and wait for the restart.”

England’s Paul Streeter sits in third place on two under par with 11 holes left to play of round two, while 11-time Sunshine Tour winner James Kingston is currently in fourth place on one under par – he has nine holes to complete tomorrow morning.

Round two will restart at 8:30am local time and round three will begin immediately after round two is completed. There will be a re-draw in score order.