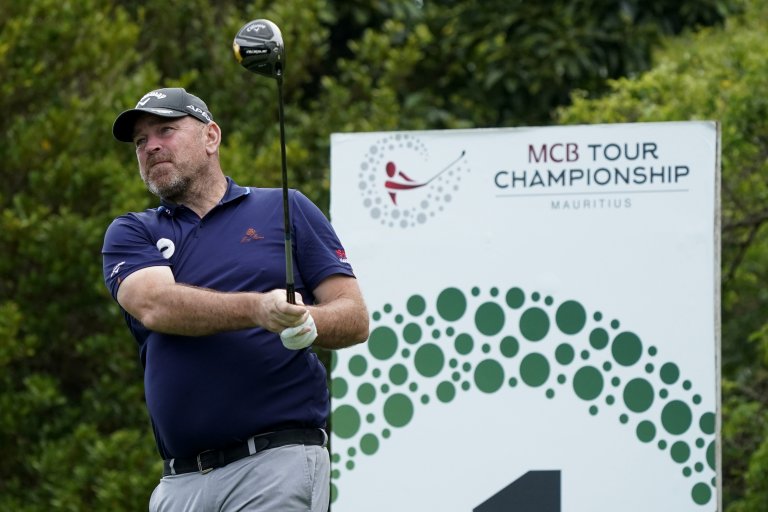 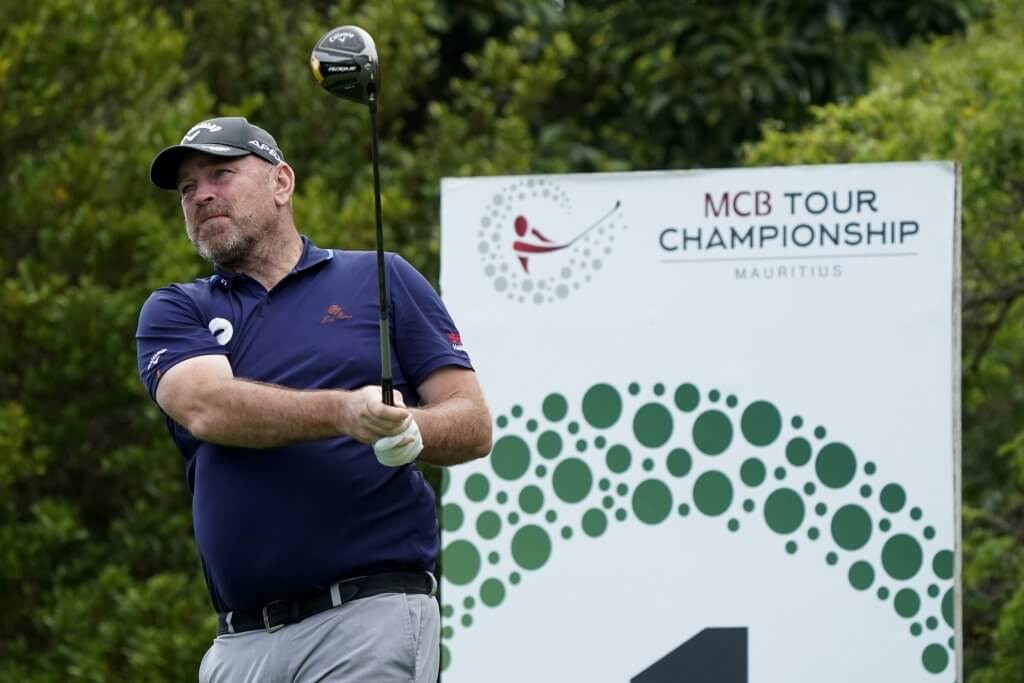 Thomas Bjorn shot a tournament defining round of 61 and shot up the leaderboard at the MCB Tour Championship Mauritius, the final tournament of the Legends Tour season.

The Dane followed up his first round of 68 with the lowest ever recorded round* at Constance Belle Mare Plage, a bogey free performance that included 7 birdies and two eagles. Son Oliver was on the bag for his father who played the par fives at six under par and hit 17 greens in regulation.  The former Ryder Cup Captain was delighted with his performance after arriving in Mauritius following a frantically busy period.

“I played well yesterday, and nothing really happened… I finished nicely yesterday and carried that momentum into today…to shoot 61 is always great.  When you play a course like this…it’s about putting the ball in play and putting yourself in position and that suits my game more than it did probably 25 years ago… I enjoy playing on this tour, but I have roles to play, roles with Luke Donald and the Ryder Cup captaincy, being on tour for him and looking at the youngsters and that can sometimes be to my detriment of my own golf really, but I enjoy playing with these guys. These are the guys I played with, these are the guys I grew up with , I enjoy their company it’s a nice tour to be on when you can come to places like this, it can make it a little bit more special”

The 51 year old will head out on the final day with Miguel Angel Martin, who’s round of 66 sees him tied with Swede Jarmo Sandelin four shots behind Bjorn.  Just four shots separate 2nd and 10th position.   Live scoring here:

In the race for the end of season Order of Merit, current incumbent James Kingston had a much improved day in his quest to lift the John Jacobs Trophy.  After a horrible first round of 74, The South African hit a fantastic second round of 65 to sit at -5 for the tournament.   As things stand his nearest challenger is Adilson Da Silva who is currently four shots ahead at -9.  The Brazilian MUST win the tournament (with Kingston coming lower than T4) or finish 2nd (with Kingston unable to finish) to snatch the honour from him.

*this tournament is being played on preferred lies.