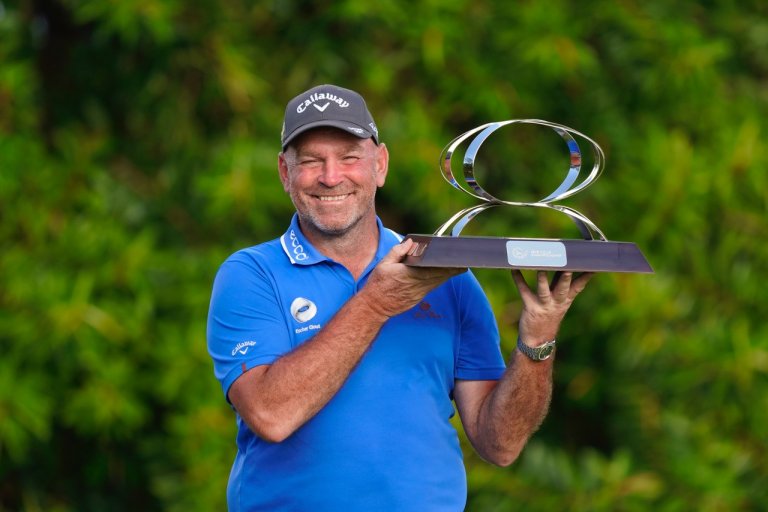 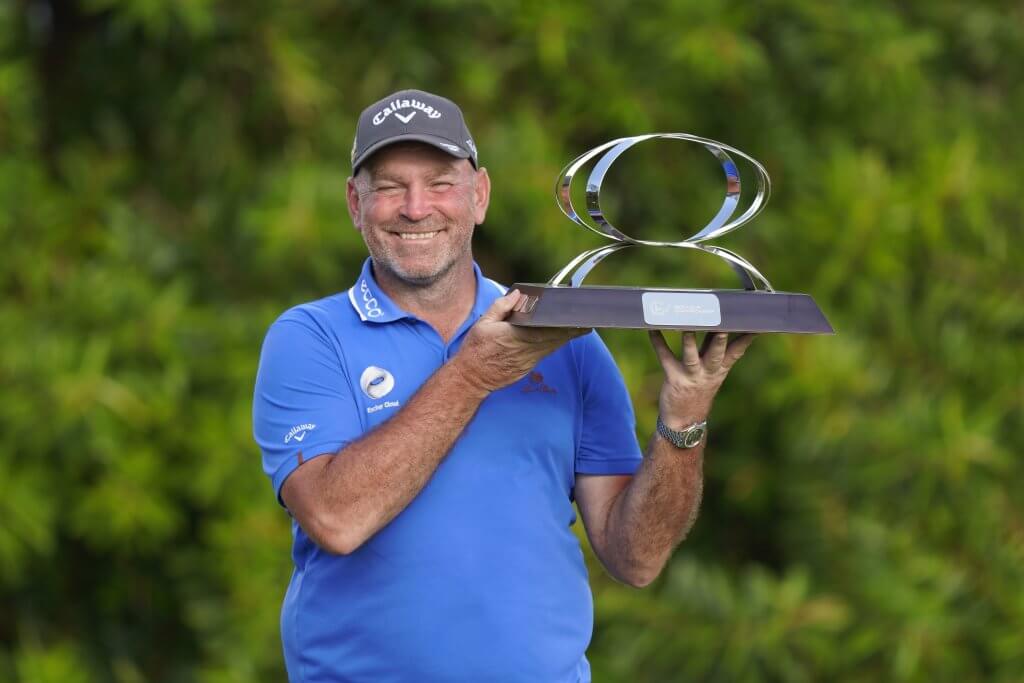 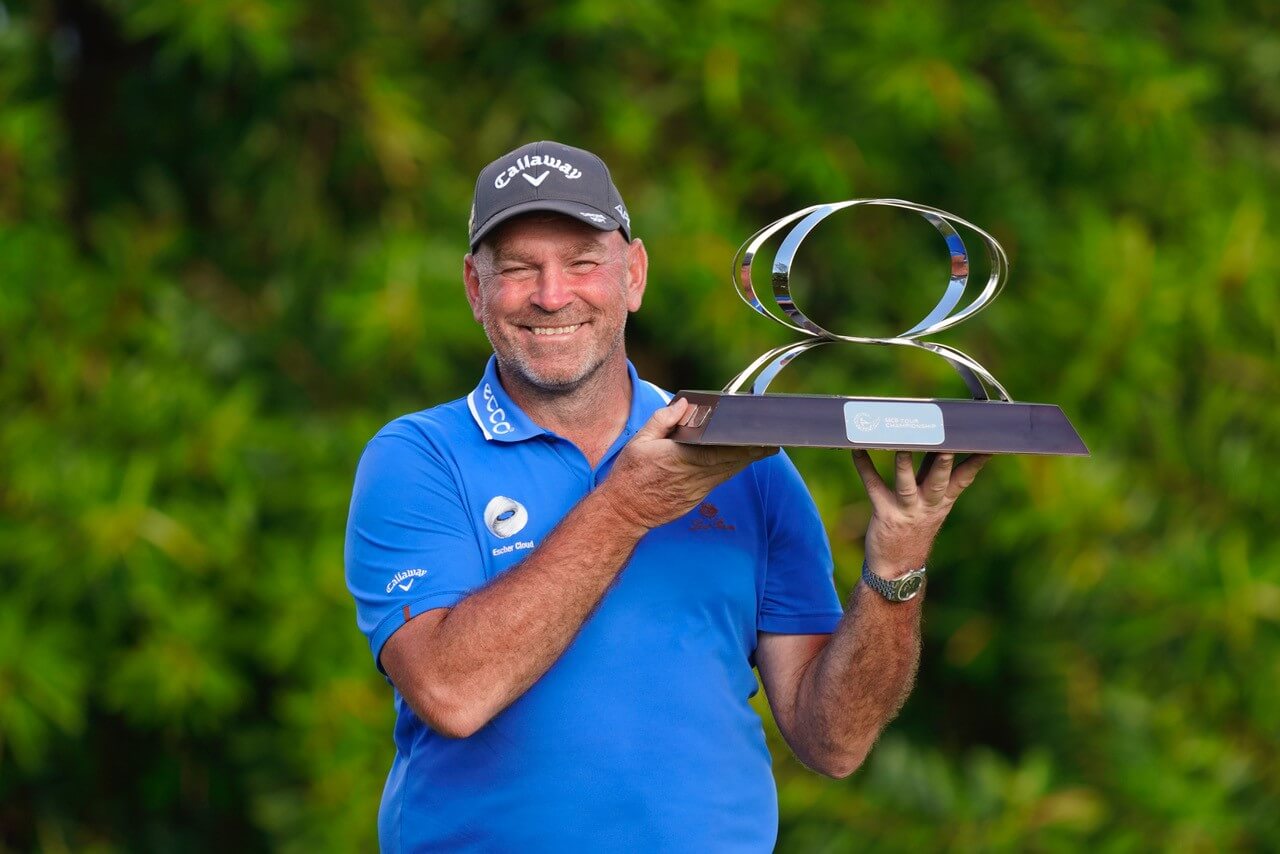 Thomas Bjorn was ice cool on the final round of the MCB Tour Championship Mauritius blowing away the rest of the field as he won by 7 shots.

The Dane went out last with a four shot advantage over the rest of the field and never relented;  he didn’t hit a single bogey from the 7th hole on the first day, he also hit a round of 61, the the lowest ever recorded score  at The Legends Course at Constance Belle Mare Plage on his way to victory.  The former Ryder Cup Captain then hit a final round of 67, cruising home with son Oliver on the bag for the first time.

“A four shot lead is a weird one… you don’t really know what to expect…I thought it I get to -20 then someone will have to shoot 63 to challenge me and I thought that if they did that then they’d deserve to win…. I was trying (today) just not to make bogies… I didn’t have that many expectations coming in here, but I got here and I saw the golf course well, I took advantage of the par fives; here they give you great opportunities on the par fives especially yesterday… they gave me a lot of freedom on this golf course not to be aggressive with everything else and I think the par fives played into my hands this week and I took good care of them”

Bjorn was -12 on the par fives this week.  Order of Merit leader James Kingston was Bjorn’s nearest challenger at -13.

James Kingston - John Jacobs Trophy for the Order of Merit 2022 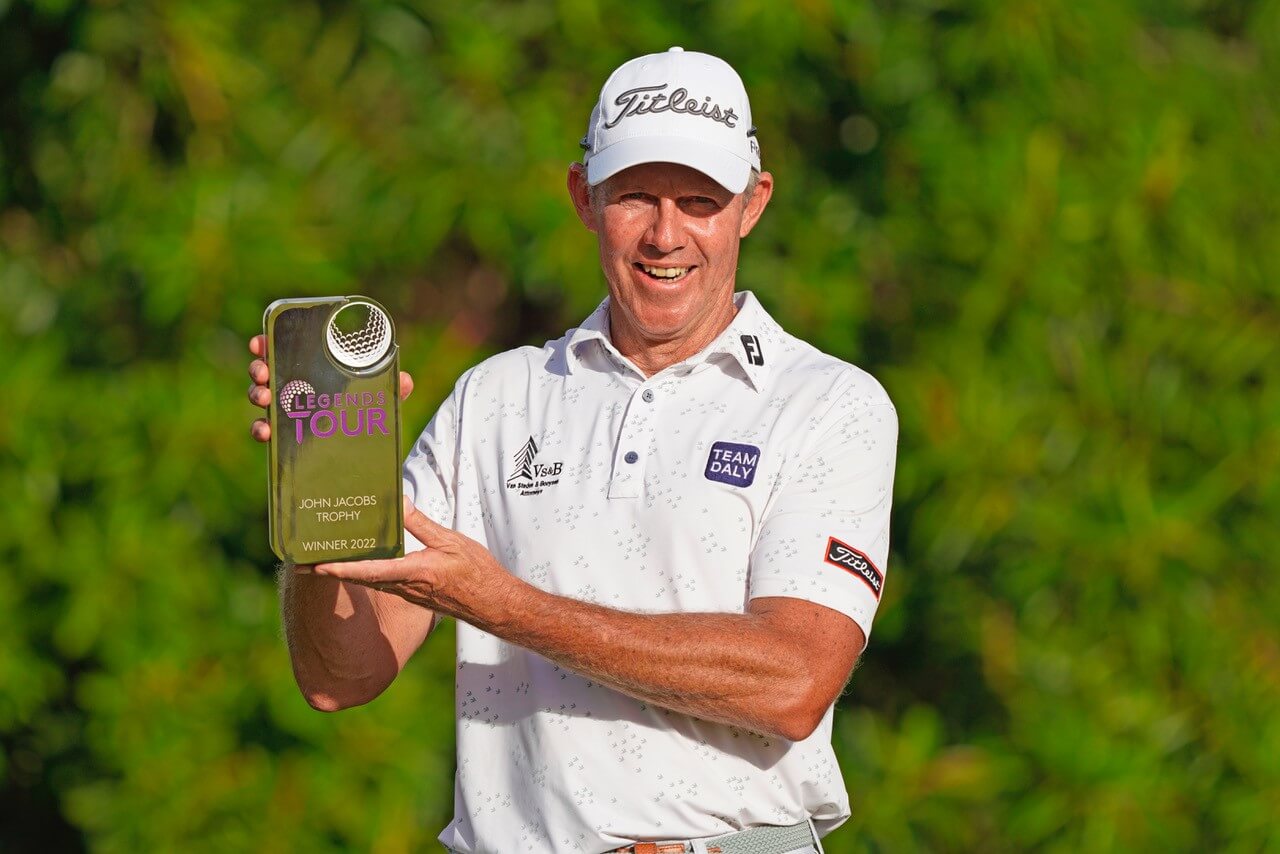 James Kingston secured the Legends Tour Order of Merit and scooped the John Jacob Trophy on the final day of the season despite an early wobble in Mauritius.  The South African had a tough opening day round of 74 at Constance Belle Mare Plage, but recovered to shoot 65 and 64 and finish 2nd.   Kingston’s mission at the season ending MCB Tour Championship was simple; he had to finish the tournament, or if Adilson Da Silva won he had to come better than a tie for fourth.  The South African was relieved he finished the season on a high.

“I am quite relieved I must say, to think of a whole years play and to think all of this came down to the last tournament, the last round, the last few holes, unbelievable! I am just extremely proud of how consistent I have played this whole season, except for last week… I don’t know where it came from but I dug deep over the weekend, I am really proud of myself I didn’t make a bogey the last 36 holes, I am delighted.”

Kingston played 17 tournaments on the Legends Tour this season, racking up 2,845 points.  He won the Swiss Senior Masters; his second Legends Tour title, and had 10 top ten finishes that saw him finish the season ahead of the rest of the field and secure a bonus of €25,000. 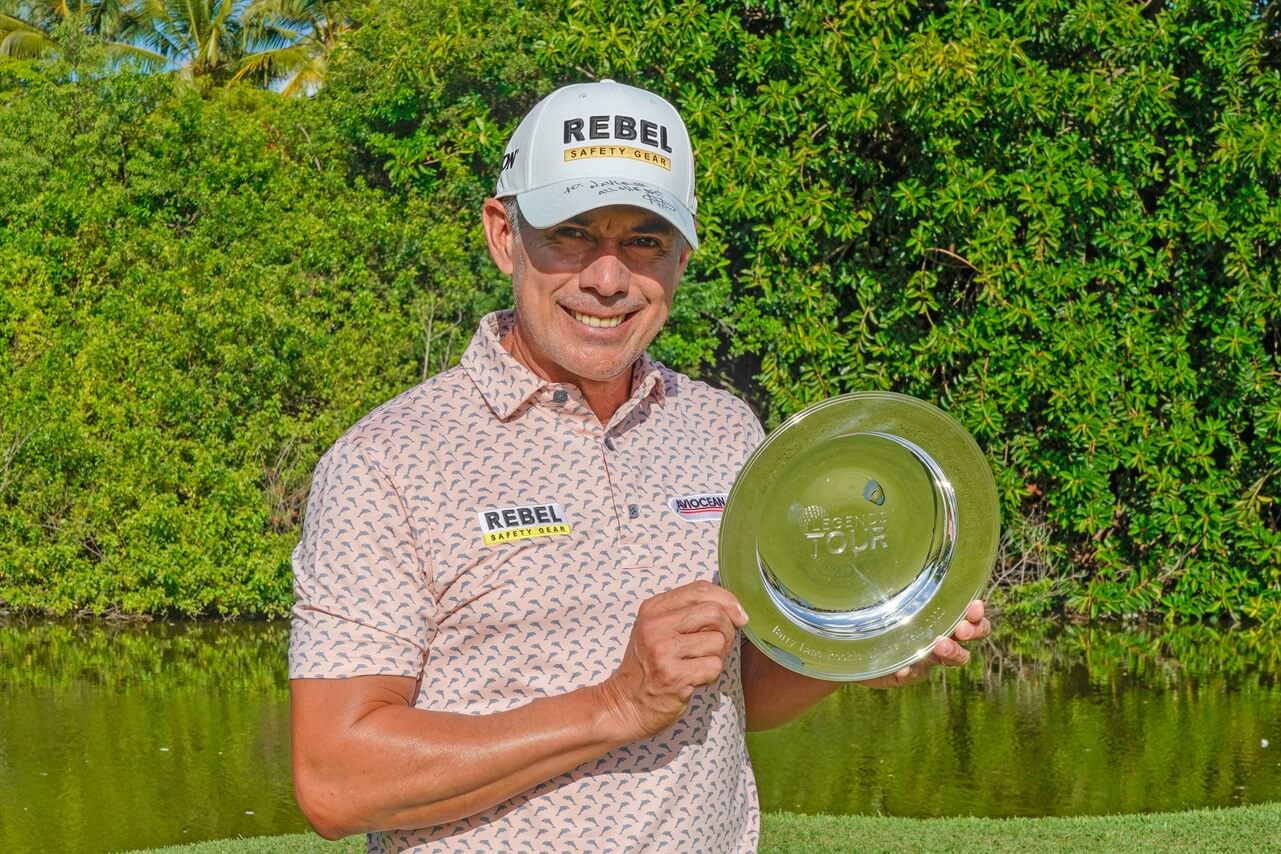 Adilson Da Silva may have missed out on the John Jacobs Trophy by the shortest of margins but he did pick up the Barry Lane Rookie of the Year Award capping a truly fairytale season.  The 50 year-old’s rise has been meteoric; from securing an invite to the Riegler and Partner Legends in Austria where he finished in a tie for third, to winning a maiden tour title at the Staysure PGA Seniors Championship at Formby.  Tour legend Barry Lane was in Mauritius to personally hand the award over to the Brazilian in front of all his colleagues.  Da Silva’s win in August means he had already secured his full season exemption for 2023.