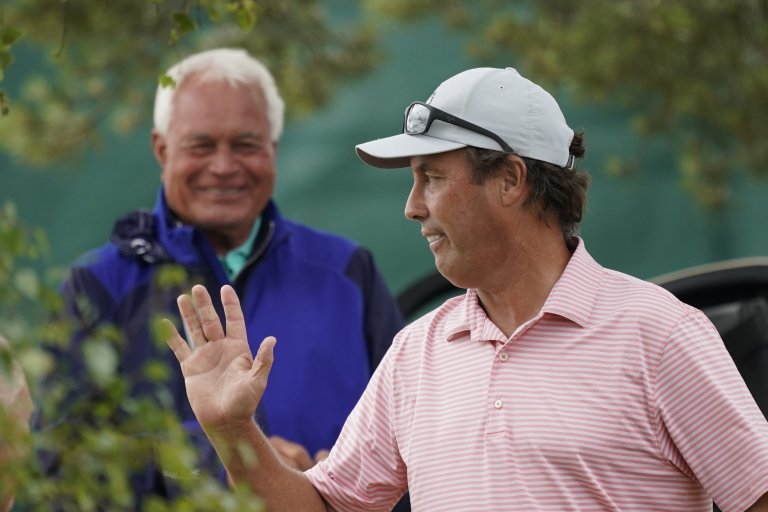 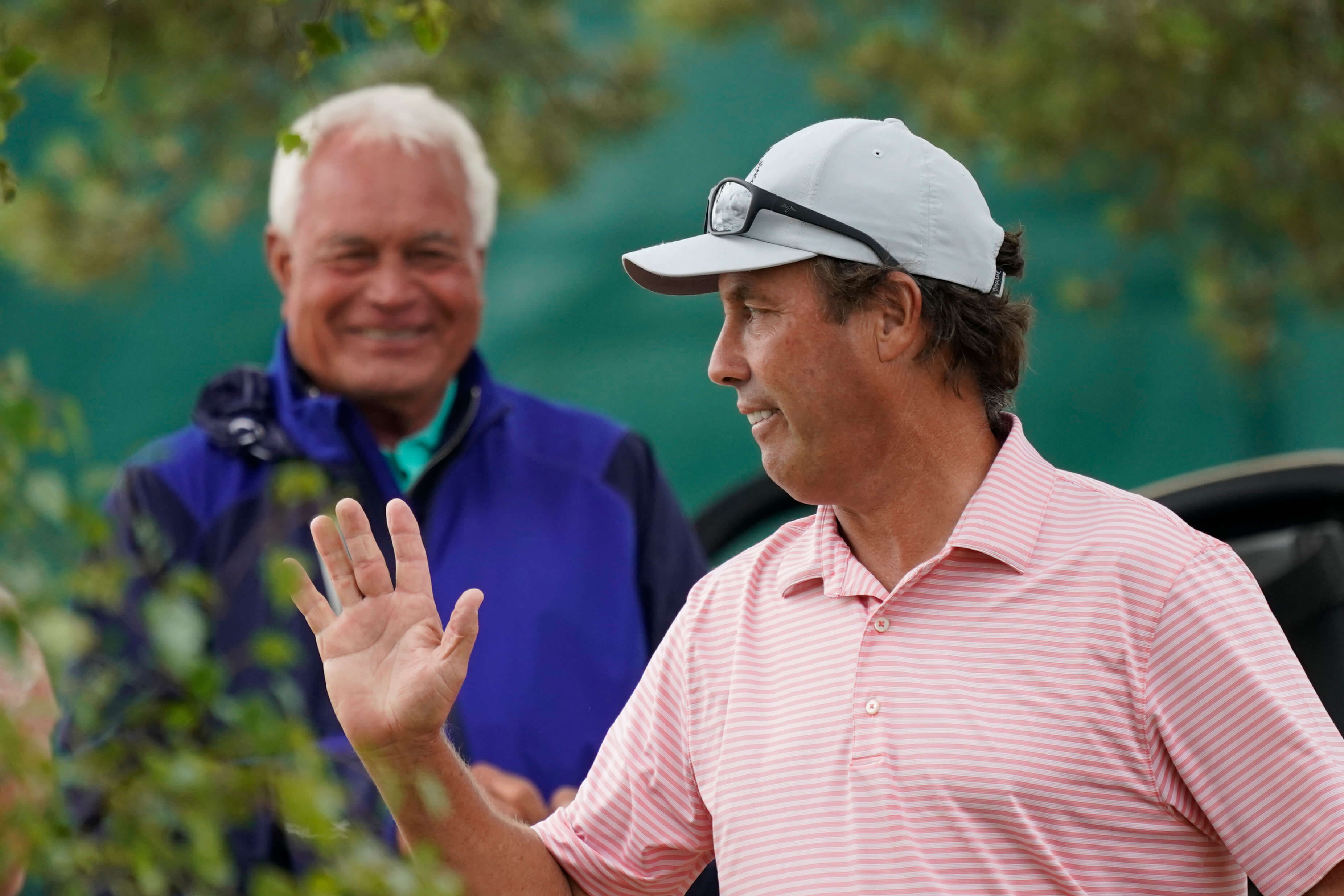 Glen Day eagled the last to join Stephen Ames at the top of the leaderboard and share a one-shot lead heading into day two of The Senior Open Presented by Rolex.

Ames had carded an impressive bogey-free 64 to set the target at six under and it looked for a long time like he would lead alone after the first round at Gleneagles.

But Day made a three on the par-five last to go with six birdies and two bogeys to share the summit, one shot clear of former champion Paul Broadhurst, Northern Ireland’s Darren Clarke and Americans Kent Jones and Jerry Kelly.

Pádraig Harrington is making his debut at Europe’s Senior Major Championship and the Irishman fired a 66 to sit in a group of seven players at four under which also included four-time Major Champion Ernie Els.

Canadian Ames is searching for his first Senior Major after finishing second at the KitchenAid Senior PGA Championship earlier this year and is delighted with his season so far.

“The year has been good for me,” he said. “I’m very happy the way the year’s been going. Playing very nicely.”

He added: “I was solid, no mistakes, a lot of fairways, a lot of greens and gave myself a lot of opportunities which you need to do out here.

“You still have to hit the shots on the right plateau on the greens. I think overall the golf course played fair, played nicely.”

Day has a single top ten this year and was playing without his own clubs, and the American gave much of the credit for his lofty position to a putting tip from room-mate Wes Short, who fired an opening 72.

“I putted great,” he said. “I’ve got to give some credit to Wes Short. We are staying together this week and he gave me a little putting lesson and, for the first time, I made a lot of putts today.

“I didn’t even get my golf clubs. I had to get another set of clubs and this is a new putter and a driver that I didn’t hit very well. I have no reason to believe I would play good today.

“I did get them in time to play a couple of practice rounds so at least I know where the ball goes with those clubs. It’s not ideal but even if I get my stuff, I still may play these.”

American Scott Parel set the early target at four under with birdies on the fifth, ninth, 12th and 13th but he was soon passed by the surging Ames.

The 58-year-old had birdied the fifth but he added an eagle from the fringe on the par-five tenth before he joined the lead on the 13th with a 12-foot left-to-righter.

Another gain from close range on the next sent him clear and when he took advantage of the par-five last, he was the man in control.

Day bogeyed the second but hit back with birdies on the third, sixth, seventh and tenth. Another dropped shot came on the 12th but he made gains on the 13th and 15th before his big finish.

Broadhurst found himself three over as he went double-bogey, bogey on the fourth and fifth but gains on the seventh, ninth and tenth dragged him back level.

He birdied the 13th to get back into red numbers before a ragged tee-shot took a fortunate bounce on the par-four 14th and rolled to ten feet to set up a stunning eagle. Birdies would follow on the 16th and last and the 2016 champion was just one back.

Clarke was bogey-free as he picked up shots on the fourth, tenth, 14th, 15th and last.

Kelly birdied his last five holes in his 65, the highlight being a near-ace on the par-three 16th, while Jones made birdies on the ninth, tenth, 14th, 15th and 17th in his bogey-free effort.