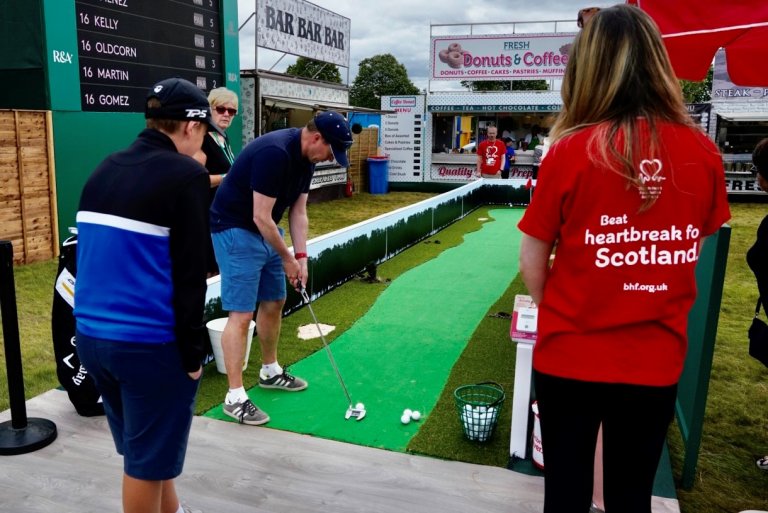 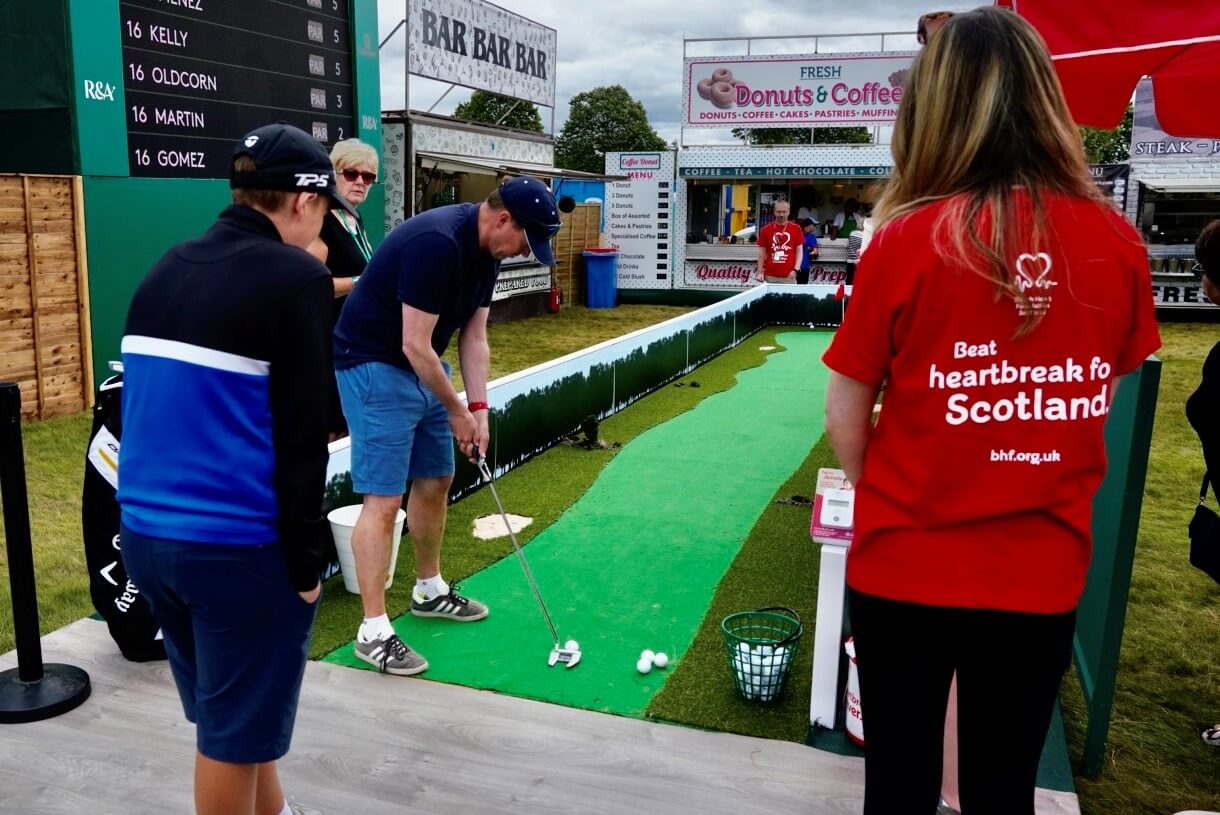 British Heart Foundation (BHF) Scotland has been appointed the Official Charity of The 2022 Senior Open Presented by Rolex, which takes place at Gleneagles this week.

The BHF is the largest independent funder of research into heart and circulatory diseases in the UK and over the past 60 years has been instrumental in countless lifesaving discoveries. BHF-funded research has contributed to improving survival from heart transplants, the development of pacemakers, improving the way that heart attacks are treated, and the rollout of genetic testing for inherited heart conditions. The BHF’s research is funded entirely by donations from the public.

The charity has teamed up with The Senior Open Presented by Rolex to raise money at Gleneagles this week, with funds from the Long Putt Challenge in the spectator village being pledged to the BHF.

📢📢📢 Calling all golf fans! If you're at #TheSeniorOpen @GleneaglesGolf @euLegendsTour this week, pop along to our stand or test your skills at the #longestputt competition and help support @TheBHF's vital research into heart and circulatory diseases ⛳ 🔬 ❤️ pic.twitter.com/BN5uW0MfvV

“They are a charity who have touched millions of peoples’ lives over the last six decades and their pioneering research into heart and circulatory diseases is incredibly important. We hope to be able to raise a substantial amount of money this week at Gleneagles.”

April Davidson, BHF Scotland’s Area Fundraising Manager, said: “We are thrilled to be working alongside The Senior Open and really looking forward to meeting golf fans at Gleneagles and sharing our work.

“Our lifesaving research into heart and circulatory diseases is only made possible thanks to the incredible generosity of the public. For more than 60 years, your support has helped the BHF turn research that once seemed like ‘science fiction’ into reality. But there is still so much more to do to power our research and help support the 700,000 people living with heart and circulatory diseases in Scotland.”

Spectators can contribute to the BHF by taking part in the Long Putt Challenge or visiting their exhibition unit in the spectator village, situated to the left of the first hole.