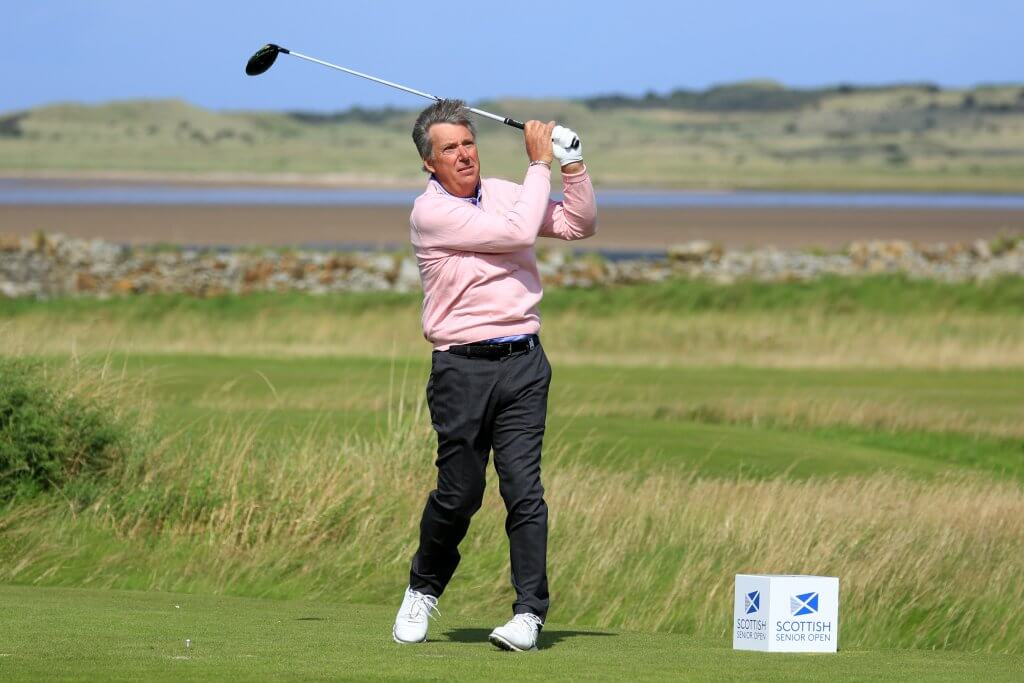 Barry Lane, a Ryder Cup player, five-time European Tour winner and eight-time Legends Tour winner, has passed away at the age of 62.

He first took up the game of golf aged 14 and quickly became an assistant professional at Downshire Golf Club near Bracknell.

The Englishman first joined the Tour in 1982, with his first success coming in the Equity & Law Challenge in 1987, an approved special event held at Royal Mid-Surrey Golf Club.

His first official win came the following year as he triumphed at Gleneagles to win the Scottish Open by three strokes from Sandy Lyle and José Rivero.

Lane’s next victory came at the 1992 Mercedes German Masters, which was the catalyst for a run of form which saw him finish no lower than 11th place on the European Tour Order of Merit between 1992 and 1995.

Victory at the 1993 Canon European Masters preceded his Ryder Cup appearance at The Belfry as one of four rookies in Bernard Gallacher’s side and his fourth Tour success came the following year at the Turespaña Open de Baleares.

He would then have to wait more than ten years for his fifth and final European Tour victory when he triumphed at the British Masters at Forest of Arden in 2004, winning by three strokes from Ángel Cabrera and Eduardo Romero.

Additionally, Lane won the first edition of the Andersen Consulting World Championship of Golf in 1995, the precursor of the WGC Match Play event, now played annually played in Austin. He also won a US$1million first prize after defeating South African David Frost 2Up in the final.

He also represented England four times at the Dunhill Cup and twice at the World Cup and also played for the Rest of the World side in the UBS Cup three times.

Lane was in Mauritius in December for the 2022 Legends Tour season-ending MCB Tour Championship, where he presented the renamed Barry Lane Rookie of the Year Trophy to Brazil’s Adilson Da Silva.

Keith Pelley, European Tour group Chief Executive, said: “We are deeply saddened to hear of the passing of Barry Lane. To have seen such a level of success across both the European Tour and the now Legends Tour shows his dedication to the game of golf and he was a much-loved figure on both Tours.

“The renaming of the Legends Tour’s Rookie of the Year Trophy in his honour is a fitting tribute, and I’m delighted he had the opportunity to present it in December. The thoughts of everyone at the European Tour group are with his wife Camilla, the Lane family and his many friends throughout the golfing world.”

After turning 50 in 2010, Lane found immediate success on the then-European Seniors Tour. Just as he did on the European Tour, he won his first event in Scotland at the Cleveland Golf/Srixon Scottish Senior Open, which he successfully defended in 2011.

He finished runner up on the Senior Tour Order of Merit in his first two full seasons, 2011 and 2012, winning three times. In 11 full seasons on Europe’s over-50s circuit, he finished seventh or higher on the season-long standings seven times, winning eight titles.

His last victory came at the MCB Tour Championship – Madagascar in 2019, as the Legends Tour broke new ground with its first visit to the Indian Ocean island.

Ryan Howsam, Chairman of the Legends Tour, said: “This is a very sad day for all at Legends Tour. Barry’s achievements throughout his impressive career are well documented but on a personal level he was a wonderful man. I’ve had the pleasure of spending time with Barry and Camilla over the last few years as Barry played Legends Tour events with Camilla often by his side as caddy, winning eight Legends Tour titles, most recently the Senior Italian Open and the MCB Tour Championship in Madagascar, both in 2019.”

Phil Harrison, CEO Legends Tour added “Barry joined us at MCB Tour Championship, Mauritius last month and this was a very emotional few days for Barry, Camilla and his golfing friends and family, but was a celebration and a time to reflect on a life well lived”.

The Lane family announced that Barry will be cremated at a private ceremony in Sweden.
Barry’s ashes will then be scattered into the Skagerrak sea this spring by his wife Camilla, alongside family & friends.
The family have asked for no flowers to be sent; if people would like to donate to honour Barry’s passing, they can do so by supporting the Swedish Sea Rescue Charity.

Please donate online using the following link: https://www.sjoraddning.se/information-english
Please note, you do not have to be a member of the Swedish Sea Rescue to make a one off donation.

On behalf of the Legends Tour, our thoughts are with Camilla and Barry’s family and friends.