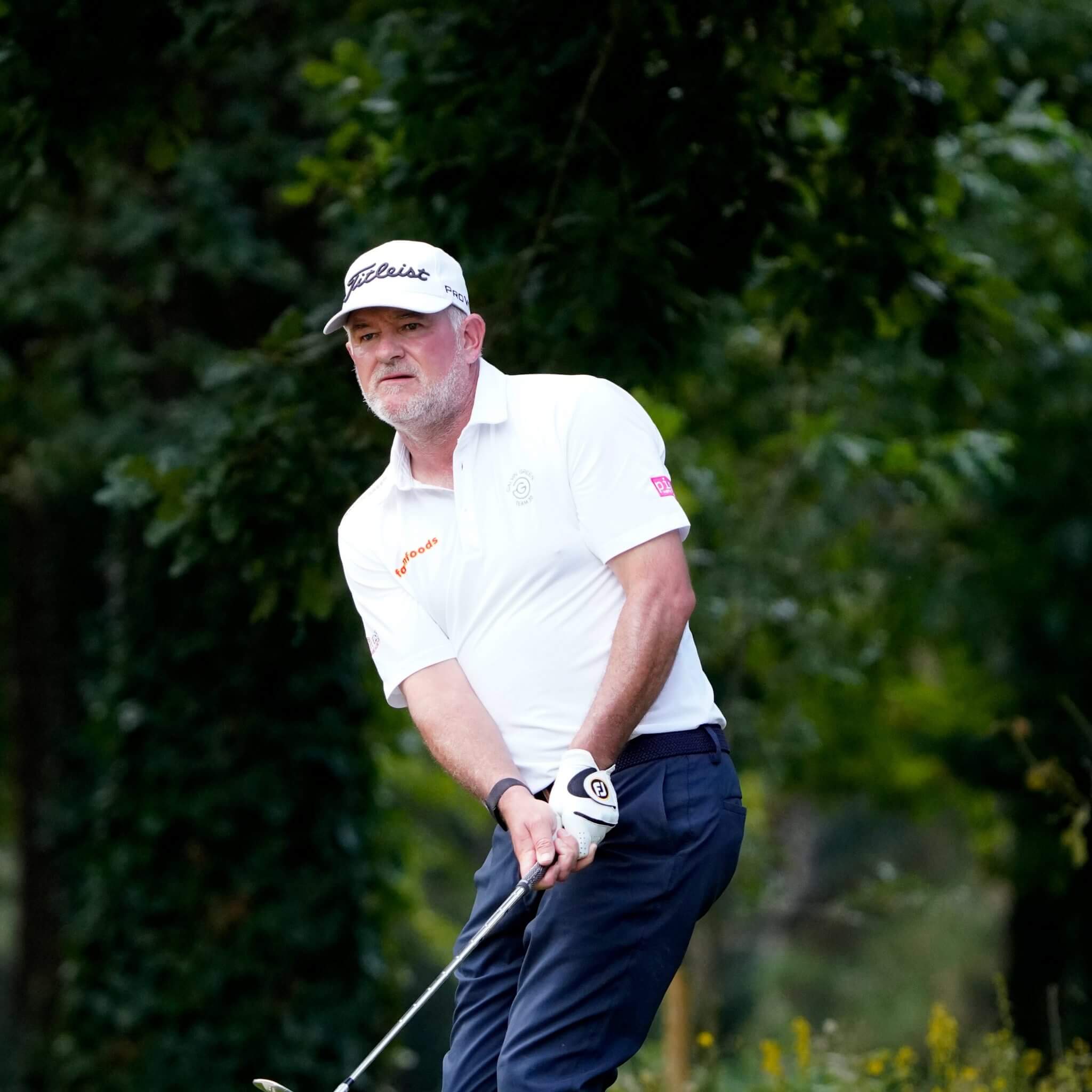 Peter Baker feels he is not far away from capturing a second Legends Tour title as he hosts this week’s Farmfoods European Senior Masters at the Forest of Arden Marriott Hotel & Country Club.

The three-time European Tour winner has been in impressive form in recent weeks with top six finishes in the last three Legends Tour events, including a third place at the Irish Legends presented by the McGinley Foundation, and the Englishman now finds himself on home soil searching for his first victory of the year.

“I am looking forward to welcoming everyone here again,” he said. “It’s nice to be back playing here after a couple of years and see all the guys turning up to play. It’s a great golf course, the greens staff do a wonderful job because it’s always in great condition.

“I’d love to win here. I’m not too far away from home and I’ve always enjoyed playing this course. I’ve come close a couple of times, but it will be nice to have another chance this week and hopefully I can come out on top.”

The 1993 Ryder Cup player believes he can use course experience to his advantage this week having made his Legends Tour debut here in 2017, finishing in a tie for seventh, before finishing fourth the following year.

“It’s certainly a course you get to know once you’ve played it a few times,” he said. “You have to pull off some big shots at the right time and I think that’s the difference between winning or just coming in the top ten. You have to play well otherwise you can really struggle, but hopefully I’ve got enough to give it another shot.

“I think I’m in a pretty good place with my game. If I can get my driver and three-wood going that would be a big help, I’ve not really been striking it that well with those clubs. My iron play has been really good which has overshadowed a few things and allowed me to get out of trouble. If I can just improve a little bit, I hope that win won’t be too far away because it’s such a fine line out here.”

The 53-year-old is buoyed by the success of reigning champion Thomas Levet, who will go in search of a third Legends Tour title in as many tournaments this week after triumphs at the Legends Open de France hosted by Jean van de Velde and Scottish Senior Open hosted by Paul Lawrie. Baker was full of praise for the Frenchman and believes he has the capability to win three in a row, a feat not achieved on the Legends Tour since Thailand’s Boonchu Ruangkit in 2010.

“It would be incredible for Thomas to win three weeks on the bounce,” he said. “You don’t get many chances to do that in a golfing career and the fact he is defending champion would make it even more special. He certainly has the game to do it and he probably wishes we didn’t have a two week break after the last event in Scotland.”

The action gets under way at 9:30am local time on Friday October 1, with Baker set to tee it up alongside Woosnam at 10:20am.